After Liverpool named youngster James Balagizi on the bench for their League Cup clash with Norwich City, we asked Goal’s Neil Jones for information about the 18-year-old and he revealed some pretty interesting information.

“Alisson could probably hit the Etihad from his house with a goal kick, he was born right in the shadow of the Etihad. Manchester City had first dibs on him but Liverpool have a pretty good satellite network in and around Manchester and I’m not entirely sure how but the same guy who was involved in signing Trent Alexander-Arnold, Ian Barrigan, was heavily involved in getting Balagizi across to Liverpool. It was a good sell to the family, saying ‘this is a nice place for you to develop’. There were a few things he wasn’t happy with too, like City didn’t send him to their school that they have a partnership with, the one the likes of Phil Foden went to. So he come to Liverpool aged 10 or 11 and he’s developed nicely.”

Redmen Reacts
Pre-academy scouting isn’t exactly part of a football club that fans overly concerned themselves with but this story just proves how Liverpool are leaving no stone unturned when it comes to their recruitment processes.

Barrigan’s work to identify and sign up Alexander-Arnold all those years ago has resulted in Liverpool now having one of the best right-backs in world football, which proves just how vital that type of work can be, even with players of such a young age.

The fact that The Reds were able to take a Manchester boy away from City shows just how powerful the pull of Liverpool can be and if Balagizi can replicate even a fraction of the success that Trent’s had at Anfield, it will have all been worth it.

Paul is joined by The Athletic’s James Pearce to get an insight into the latest stories surrounding Liverpool FC this week. We discussed Harvey Elliott’s injury and the timeframe for his return, as well as the futures of Divock Origi and Loris Karius and what their roles in the Liverpool squad currently are. 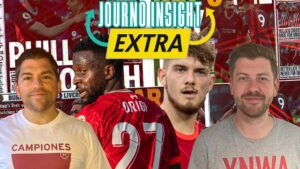 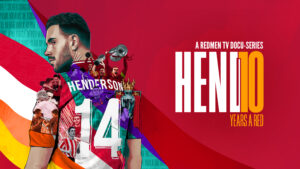