Alex Oxlade-Chamberlain: A defining week with a chance to impress?

We must be living in an alternative universe.

Liverpool didn’t add to their squad during the summer transfer window and the FSG out brigade haven’t gathered on the streets.

As comforting a thought that the entire Liverpool fanbase have accepted FSG are good owners for the club, one of the main reasons for a lack of negativity falls on the belonged return of Alex Oxlade-Chamberlain.

The glimpses of Chamberlain appearing from the bench on the back end of last season illustrated Chamberlain’s comeback was as good as any midfield Liverpool were linked with.

Despite the excitement of Chamberlain’s availability, it doesn’t hide away from the issue of when he is going to get a run of games in the side. 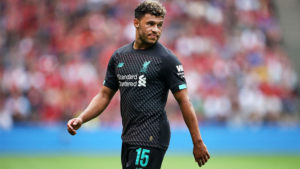 The explosive midfielder demonstrated the benefit of playing consecutive games in the 2017/2018 season, when he broke into the side. Oxlade Chamberlin’s Liverpool career skyrocketed since the moment his right foot effort beat Ederson at the Kop end in the thrilling 4-3 win over Man City.

Driving runs from midfield, dynamic passing such as his outside the boot pass that lead to Mo Salah’s decisive goal at the Etihad against Man City in the Champions League, as well as his own thunderbolt against them the first leg. These moments were Ox establishing himself as a Jurgen Klopp midfielder.

This all added to the devastation when the Ox ruptured his ACL against Roma in the Champions League semi-final. Knowing that Chamberlain would be missing the majority of the 2018/2019 season was certainly a blow.

Fast forward to the start of this season and everyone is delighted to see Chamberlain on the football pitch once again.

Particularly against Southampton in August there was encouragement but also confirmed that the Ox needed to get his match fitness back by playing more games.

Unfortunately, Liverpool aren’t in a position where they can take a gamble on the diverse midfielder having a separate battle with his body on top of the demands of playing in a Jurgen Klopp midfield.

This makes the next week important for the Ox as Liverpool play in the League Cup against MK Dons before heading to Bramall Lane to take on Sheffield United. There will be rare opportunities for squad rotation, but this feels like one where Chamberlain could play both these upcoming fixtures. With more minutes under his belt the Ox hopefully will start performing closer to his 2017/2018 level which would give Klopp something to think about.

These are games where Chamberlain’s creativity would be vital to unlocking deep defences, something that Klopp’s reliable midfield of Fabinho, Wijnaldum and Henderson has been criticised for lacking.

Just imagine the boost the Liverpool squad would have looking at their options knowing Oxlade-Chamberlain is waiting in the wings to add to their armoury of attacking talent.

This week is a chance for Oxlade-Chamberlin to step out of the doubters shadow and back under Anfield’s floodlights.