Bill Shankly, King Kenny Dalglish, Ian St John, and Alan Hansen. Liverpool Football Club is synonymous with Scottish football stars. Andy Robertson is the latest from the UK’s most northern country to pull on the famous red shirt, and he is well on his way to joining that illustrious list.

In just seven years the 25-year old has gone from being rejected by Celtic as a schoolboy, playing amateur football in Scotland’s lower leagues with Queens Park, to now arguably establishing himself as the best left back in world football. His rise has certainly been a surprise, with question marks asked of Jurgen Klopp when he decided to bring in the young defender in the summer of 2017, from relegated Hull City. 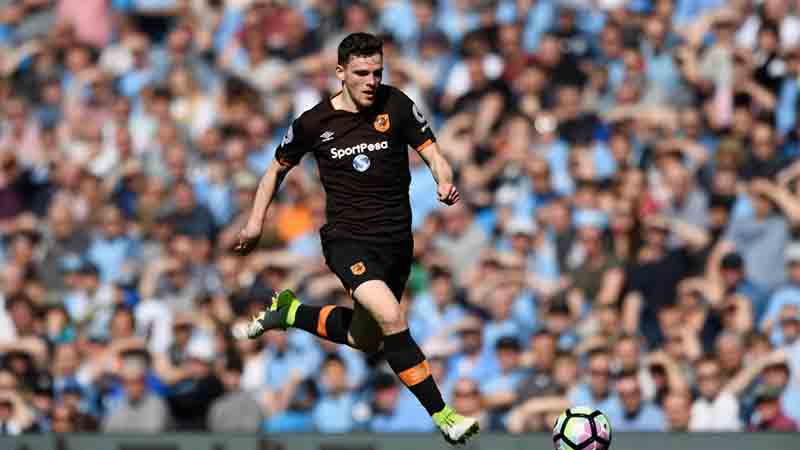 After initially playing second fiddle to Alberto Moreno, Robertson has virtually played every game for the club in the past two seasons, which is a testament to both his ability and professionalism as well as the faith that has been shown in him from his manager. He has also gone on to become captain of his country during that time and will look to build on his 34 caps for Steve Clarke’s side.

Liverpool fans had previously been crying out for a left back of Robertson’s ilk in the Premier League era. Norwegian John Riise did an admirable job in that position during the noughties and played a huge role in the club’s treble in 2001 as well as the Champions League winning team of 2005. But since then the likes of Fabio Aurelio, Jose Enrique and the aforementioned, Alberto Moreno have struggled to endear themselves to the Anfield faithful, despite initially showing promising signs. However, in Andy Robertson the Reds have finally been able to fill that vacancy and put a problem that has persisted for several years, to bed.

The common conception about Andy Robertson is that whilst he is amazing going forward (exemplified by the 11 Premier League assists he registered last season), he is somewhat limited defensively. But any Liverpool fan or admirer of Robertson will tell you that this is not the case. The Scot continues to be a rock at the back of Klopp’s back line, with his positional awareness and intelligence enabling him to be in the right place at the right time. Whilst this is not as eye-catching as his lung bursting runs forward or his expert ability to provide his teammates with goals, it is vitally important cog in the Reds machine that has improved massively in the defensive third over the past two seasons.

Robertson plays at a relentless pace and never seems to tire out, which is why he is more than capable of playing two or three times a week across different competitions. His consistency on a game-by-game basis is also remarkable, and even the most articulate football analyst will do very well to pick holes in his performances.

Along with opposite full back Trent Alexander-Arnold, the man from Glasgow is the main supply of goals in Klopp’s title chasing side, and his assist in Sunday’s 3-1 triumph over Manchester City to take the Reds eight points clear at the Premier League summit, took him to four for the campaign already.

The 25-year also has two goals to his name this season, finishing brilliantly in the dramatic 4-3 win over Red Bull Salzburg at Anfield, and arriving at the back post with a bullet header to equalise in the recent last gasp 2-1 victory over Aston Villa in the West-Midlands. 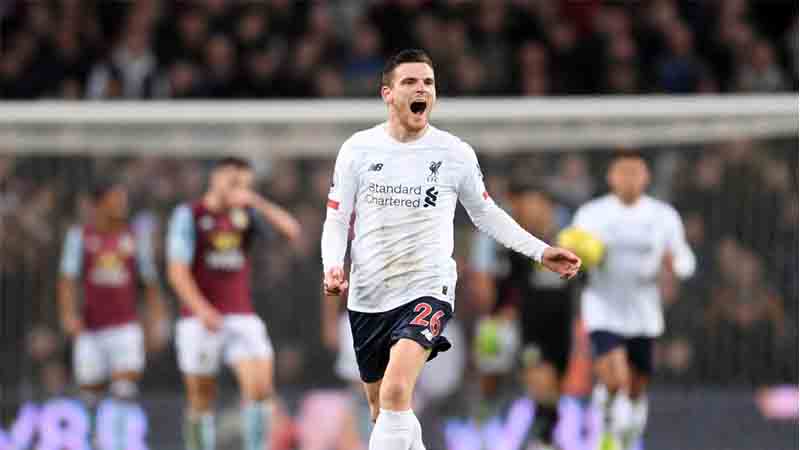 Robertson’s growing list of accolades during his time on Merseyside include a spot in both the Premier League and Champions League team of the season for the 2018/19 campaign. He has picked up winner’s medals in the Champions League and Super Cup, is one of seven Reds who have made the shortlist for the Ballon d’Or, which will be awarded next month.

His unprecedented rise to the top has already made him a firm favourite with Kopites all over the globe, and with his best years still to come, Andy Robertson can certainly go on to become the best left back ever to put on that iconic red jersey.