The story of Brentford is one of the best in recent Premier League history, a smaller, well-driven club from West London who have patiently built their way to the top flight through a spell of clever investment, bravery and trust in a process that works.

After the disappointment of the 2019/20 season, ultimately ending in play-off heartache, many would’ve been tempted to make the change in the dugout. Thomas Frank’s side that season agonisingly missed out on promotion and when Said Benrahma and Ollie Watkins were sold for big fees during the window following, fans were fearing that they had their chance and blew it.

This was far from the case, the Bees came roaring back and yet another impressive Championship campaign ended in play-off glory. Fast forward to the now, and the pride around the club is at an all-time high as they host giants Liverpool, a fixture which has everyone around the club immensely excited.

Tipped to go down at the start of the season, Brentford’s opening five fixtures have reminded fans across the country of the combative and talented squad at their disposal, losing just once and showing their steel defensively.

Many worried that it was at the back where they would struggle most, despite their promotion to the top flight they still had a leaky defence at stages, but the signing of Kristoffer Ajer as well as the development of Rico Henry, Ethan Pinnock etc. has provided the Bees with three clean sheets in their first five, conceding just two goals.

Liverpool will undoubtedly be the toughest challenge they have faced so far, but with the comfort of their start to the season, points aren’t desperately needed and Frank’s side will approach the game with a fearless mentality that they can hurt the Reds. It wasn’t until late in the 20/21 season before Brentford changed their style, moving from a 4-3-3 formation to a more successful 3-5-2. After Benrahma’s departure, Frank was finding it difficult to get the best out of certain players, but the formation change has made his side much more rigid and well balanced.

Sergi Canos, formerly of Liverpool, came into the side during this transitional period and established himself as a more than competent right-wing back. His energy throughout the season has caught the eye of many and he will relish the opportunity to face his former club for the first time.

The undoubted star of the Brentford show is Ivan Toney, yet another story similar to that of Canos. Toney didn’t quite make it when at Newcastle in his younger years, but his rise through the divisions has been nothing short of exceptional. He took the step up from League One to the Championship like a duck to water, establishing himself as a talismanic figure in the Brentford camp.

Many were excited for his return to the Premier League and he hasn’t disappointed, scoring two and assisting one so far in the campaign. He has built an impressive relationship with young Frenchman Bryan Mbuemo and the two have formed a dangerous Premier League attack. Toney will relish the battle with Van Dijk come Saturday evening, and as mentioned earlier, the fearless nature of Brentford as a team will play into their hands.

Liverpool know that dropping points in a game of this manner is unthinkable, especially after Manchester City’s indifferent start to the season, however Brentford will not expect anything from the game. Pride will fill up the West-London sky and the Brentford Community Stadium will get behind their team from the off. If Liverpool reach the standards that have been set in the early stages of this campaign then three points should be a given, however this is by no means an easy game and I suspect goals will be on the agenda. 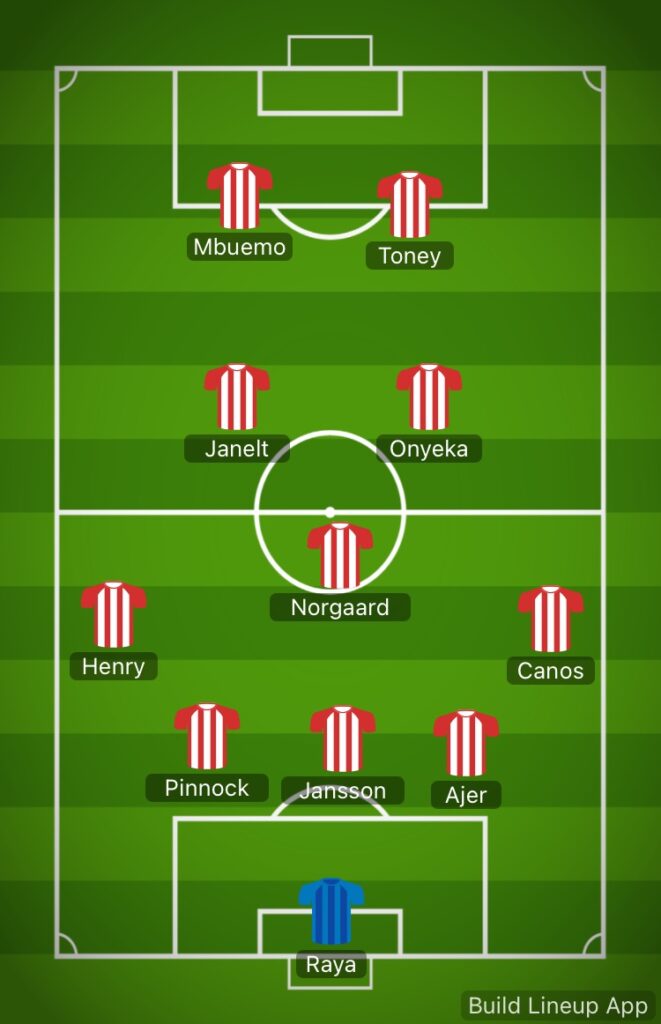