Sound with that you know. Was just a matter of time before we put one past Cardiff and the middle earth looking fucker. Was never in doubt to be honest. We even missed a few sitters. Not hoping for any favours of United in midweek, more hope in Burnley to be honest.

Big save from Niasse in the first half but flapped at one in the second. Nothing came of it but lets factor in that he had someone stood right in front of him and it doesn’t matter anyway!

Honestly don’t think he was that bad but Lang got the better of him on several occasions. Another assist boosted his ratings for me. That and I’m extremely bias. Ah well.

Remember when this fucker was our 4th choice centre half? I used to think he was a cross between Jar Jar Binks and the waving inflatable tube guy. How wrong was I?! Up the Joel. Solid. 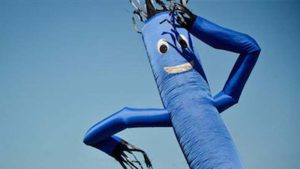 Reckon I could make a Virgil statue made from my special sock I used when watching him. Just so easy on the eye, cool as fuck and our number 4.

Sound from Robbo. Standard performance from him. Which turns out is bloody boss. Outlet and support for Sadio, defensively sound and never stops running.

AN AWAY GOAL FOR GINI!! Tell your children, your children’s children and anyone you cast eyes on today. Boss having a squad innit. Can rest this guy when we need too and just slot him back in.

Crucial in winning the ball high up the pitch, continues his decent form and can actually relate to all those YouTube videos we watched for a year and a half. Well in Keith.

Solid again from Hendo. Besides that sitter he missed but it didn’t matter in the end anyway. Loving his 13/14 role again and so are the fans. That extra runner causes so many problems and he never forgets his defensive duties. This lad wants silverware.

Thought Bobby was solid again. Caused mayhem for the Cardiff defence and midfield, he just popped up everywhere and they didn’t know where to pick him up. He also missed a sitter, be we can let the beautiful bastard off, right?

Won the penalty that led to the second goal, lets not get into how that came about, just that he made it. Constantly a pain in the arse and not just for the left back, he cut inside on numerous occasions, just lacked that final finish.

Absolutes. The guy is another unreal machine in this Liverpool side. He’s just relentless and I love him for it. Give him space in behind and he’s off like roadrunner.

Let me know what you think in the comments below. Please be aware that these are just opinion, so don’t take them personally!