Liverpool continues their winning ways in the Premier League by beating Chelsea 2-1 at Stamford Bridge.

The Scouser In Our Team

Absolute perfection, what more can you say about that goal?

A perfectly worked free-kick that left Arrizabalaga with no chance, it rockets into the top corner and Trent shows his quality once again. the youngster was up against a tough opponent in Mason Mount who has been Chelsea’s best player so far this season but he dealt with him well for the majority of the game and showed that he can make a difference at both ends of the field. 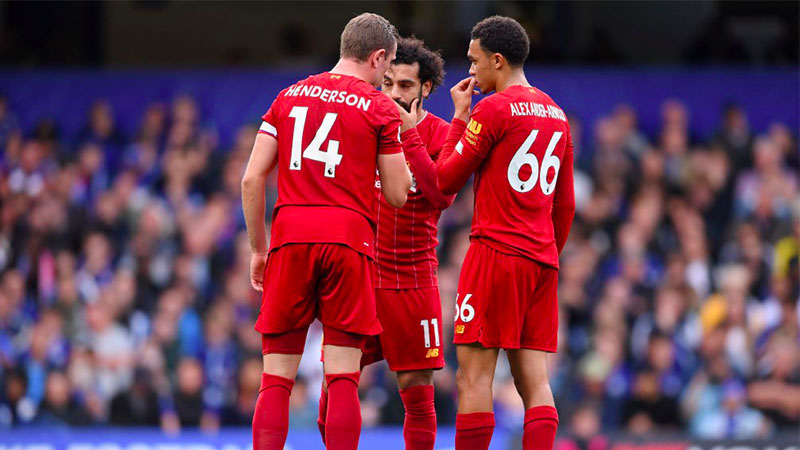 This has been spoken about before but would anyone be interested in seeing Trent play a game in midfield, he’s got the stamina to do it but his passing range is unbelievable and I think he could do a job for us if we really needed him to.

The Reds are absolutely flying at the minute, a bit of a bump in the road in mid-week but we got the job done today and proved we can be a force this season. 15 straight Premier League wins for Liverpool and they become the first team to win their opening six games in consecutive top-flight seasons which is pretty impressive.

It’s obvious what we want to achieve this season and this team can do that for us, coming away to Stamford Bridge and outplaying them as we did in the first half is no easy task and we have got to appreciate this team and what they can do. Hopefully this season we can go away to the top six opponents like Chelsea, Tottenham, City, and the others and get those results that put us above the rest because everyone in our team is dangerous and if we play like we did at times today then theres no way that they can cope.

Cup game to come on Wednesday night away against MK Dons and I think we can all expect a different team from today. Maybe a midfield of milner, Lallana and Chamberlain or maybe Henderson keeps his place because he came off early today?

Who would you put upfront? It would have been Origi but with his injury, it maybe opens up a spot for Brewster to get his first of the season?

Who knows but, I think it is important to have a good cup run this season and of course I want us to concentrate on the league or the Champions League but trophies like this are important to and there is no better way to show that you are the best team in England by winning every trophy possible.