Liverpool’s academy has produced generations of talent over the years. The careers of Steven Gerrard, Fowler and Owen to the more recent story of Trent Alexander-Arnold is indicative of how the Reds youth system is essential to the club’s success.

Not every young player will flourish when given the opportunity at the next level. Prolific forwards can appear as generational talents before finding themselves sinking inwards, falling down the English football pyramid. Some will fight their way back through the leagues, others will remain as prospects ‘who could have been’.

The pressure is much greater for a Liverpool player. The expectations and club values instilled by legends and those who have come before. The success on the pitch, and demand for consistent performances. The prerequisite of intensity. Jurgen Klopp reminds everyone of both what it takes, and what it means to wear the red shirt.

Curtis Jones understands this philosophy. Two impressive first-team performances have quickly shown he is capable of making the transition from the U23s. The ability to attack defenders with the ball is a trait which many of the Premier League’s best prospects possess, but the difference comes down to decision-making. It’s clear Jones has this ability on the ball, but there’s also a visible level of maturity in his game with regards to playing a range of passes at the right time.

Some of the most impressive pieces of play combine both these skills; attacking space with the ball and forcing defenders to come out of position, therefore, opening up the possibility of playing a dangerous pass or allowing the team to advance further up the field. It’s a style of play which stands out amongst the best players. 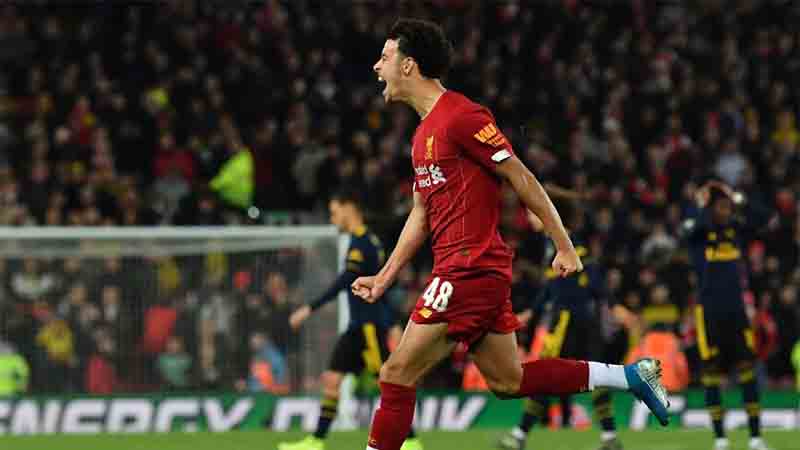 Simplicity and speed can often suffice, but other situations are more intricate. The Premier League’s top clubs pay vast amounts of money for a player who can unlock stubborn defensive setups. Difference makers who can change any game in one moment, while performing consistently at the highest level – the likes of Sadio Mane, Mo Salah and Roberto Firmino.

The academy graduate is often on the scoresheet for the Reds’ U23s and it won’t be long before that translates to senior level. At just 18, Curtis Jones is showing signs he could be a significant player for Liverpool’s first-team. A man-of-the-match performance against MK Dons and assist vs Arsenal indicate he is already performing better than some of the senior players.

Jurgen Klopp awarded Jones a new contract earlier this year, and it is under the guidance and tuition of the German manager which will enable the midfielder to reach his full potential. He is a talent who will soon establish himself amongst the Liverpool first-team regulars.