Daniel Sturridge: A man close to being classed a Liverpool legend?

The saying ‘a needle in a haystack’ is often used as a saying representing the detail in finding something so minuscule in a clustered web of tangles that end up sending you in circles in order to prevent finding what you were looking for.

Though Liverpool would have been looking at the positive perspective of the saying if they would have edged out Manchester City for the 2018/2019 Premier League title then the fun part of pinpointing where the title was won would have begun.

These usually include last-minute winners, thumping victories and beating the rivals that challenged them for the title.

However, in a season of prestige consistency from the red’s 2018/2019 campaign, there wasn’t the Aguero moment that you can pinpoint where it was won. Having only lost one league game Liverpool played out one of the most efficient title-winning seasons without the title to show off.

Accumulating 97 points, the third-highest amount of Primer League was only bettered by the previous campaign when City reached 100 points and then the 98 points, they needed to pip Jurgen Klopp’s side to the title.

There can be very little complaint with a side that maintained an unbeaten start to the season until the New Year and a big contributor to the run reaching that point was an often forgotten man curling an unstoppable effort into the top corner against his former club to snatch a 1-1 draw.

I am on about of course Daniel Sturridge, someone who started last season like a man with a point to prove after a difficult previous season which ended with an unsuccessful loan spell at relegated West Bromwich Albion which lead to him knuckling down and proving to Klopp he deserved a place in his squad. 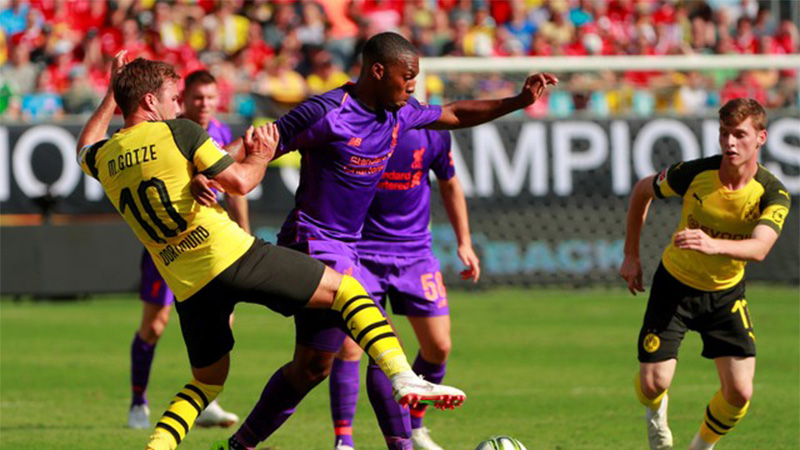 Goals against West Ham and Paris Saint-Germain were incomparable to him picking the ball up at Stamford Bridge and eyeing the top right corner Kepa Arrizabalaga was guarding and scored a goal that would have been voted goal of the season.

Unfortunately for Sturridge, his last season was a perfect summary of the latter stages of his Liverpool careers as he demonstrated glimpses of quality but couldn’t get into Liverpool’s first-team whether it was due to injuries or being out of favour.

But his strike would undoubtedly have been the memory Kopites would have treasured when the ex-Manchester City would have performed his well-known celebration with the Premier League title in front of him.

This would have been the fitting farewell to Daniel Sturridge as his time at Liverpool has endured too many nearly moments.

His blistering 2013/2014 campaign was so close to be a key contributor to Liverpool’s first Premier League in 25 years but like last season fell short by the shortest of margins. His Europa League outside of the boot stunner should have been remembered for one of the best winning goals in the competition’s history. Alberto Moreno did see best to overshadow Sturridge’s heroic with a howler of a mistake for Sevilla’s equaliser, consequently leading to their triumph of a third straight Europa League trophy.

Having once been Liverpool’s best man and when fit one of the deadliest finishers in the league it’s been hard to watch the slow demise of Sturridge. One minute he was the man you wanted to find with a slide-rule pass to fearing that his hamstrings didn’t fall apart.

But his belter against Chelsea showed that the arrogance you need to be a top player was still within him. When you’re chasing a game the last thing you expect someone to do is to take a pot shot from a non-shooting position from 30 yards out.

Not Daniel Sturridge. Seeing the impossible was one of his greatest strengths as he would execute the unbelievable when Liverpool needed it.

The rescued point at Stamford Bridge was an epitome of the never say die attitude installed within the team and would be crucial in further examples of the Liverpool’s character in games that included late winners whether it was Toby Alderweireld deflecting the ball into his own net in front of the Kop or Divock Origi getting on the end of a free kick in the 87th minute to clinch a thriller.

Regardless of people’s opinions of Daniel Sturridge’s time at Liverpool in a season of fine margins his wonder strike was so close to being the difference between Premier League glory and what turned out to be heartbreak.