An extraordinary derby match for Liverpool sees one team going for the title while the other is fighting relegation, but Everton will make this one their biggest game of the season with the opportunity to win over their fans.

Frank Lampard has struggled despite January signings who have performed in contrast to the magnificent start to life Luis Diaz has made at Anfield, but despite the extra intensity that the Blues will bring, they are walking out against a Liverpool team that have found their peak form of the season. 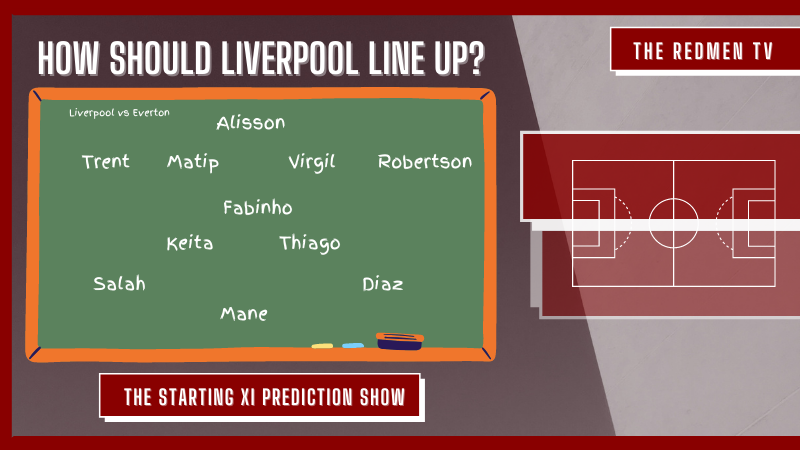 Alisson starts behind an unchanged back four with Joel Matip maintaining his place to dominate the ball. No changes to the defence from the Manchester United game.

Naby Keita comes in with Liverpool able to attack in this one. Everton may look to put in some heavy challenges, but i’d keep Thiago in the side and bring him out later on with Henderson able to come on and control the midfield.

Sadio Mane’s unstoppable form sees him start from the centre with Mohamed Salah on the right. Salah returned to goalscoring form against United, and that will be significant for this one. Luis Diaz starts on the flank as Liverpool look to get the game over early.

It’s tough to see how Everton can weather the storm in this one. Liverpool are simply playing too good, and without the Goodison Park crowd, it’s likely to be a long game for the Blues against the relentless Reds.