Far Foreign Lands: The Diary of a Travelling Red – No3: Paris

So it’s the third of these pieces and, I’ll be honest, I’m not in a great mood. It’s 10am on a wet, Thursday morning in Paris and I’m tired, desperately in need of a coffee and still annoyed with Liverpool for losing last night.

We’re in danger of completely ballsing-up our Champions League campaign and I can’t help but wonder if it’s all my fault for deciding to do all of the away games and subsequently writing it about it for Redmen TV. I’m sorry readers; blame me, not the players.

Meet the boys at St Pancras around 8.30am on Wednesday morning. See one of our group isn’t here. Get told he pulled out this morning – something to do with his girlfriend. Same thing happened before Naples. We all laugh. 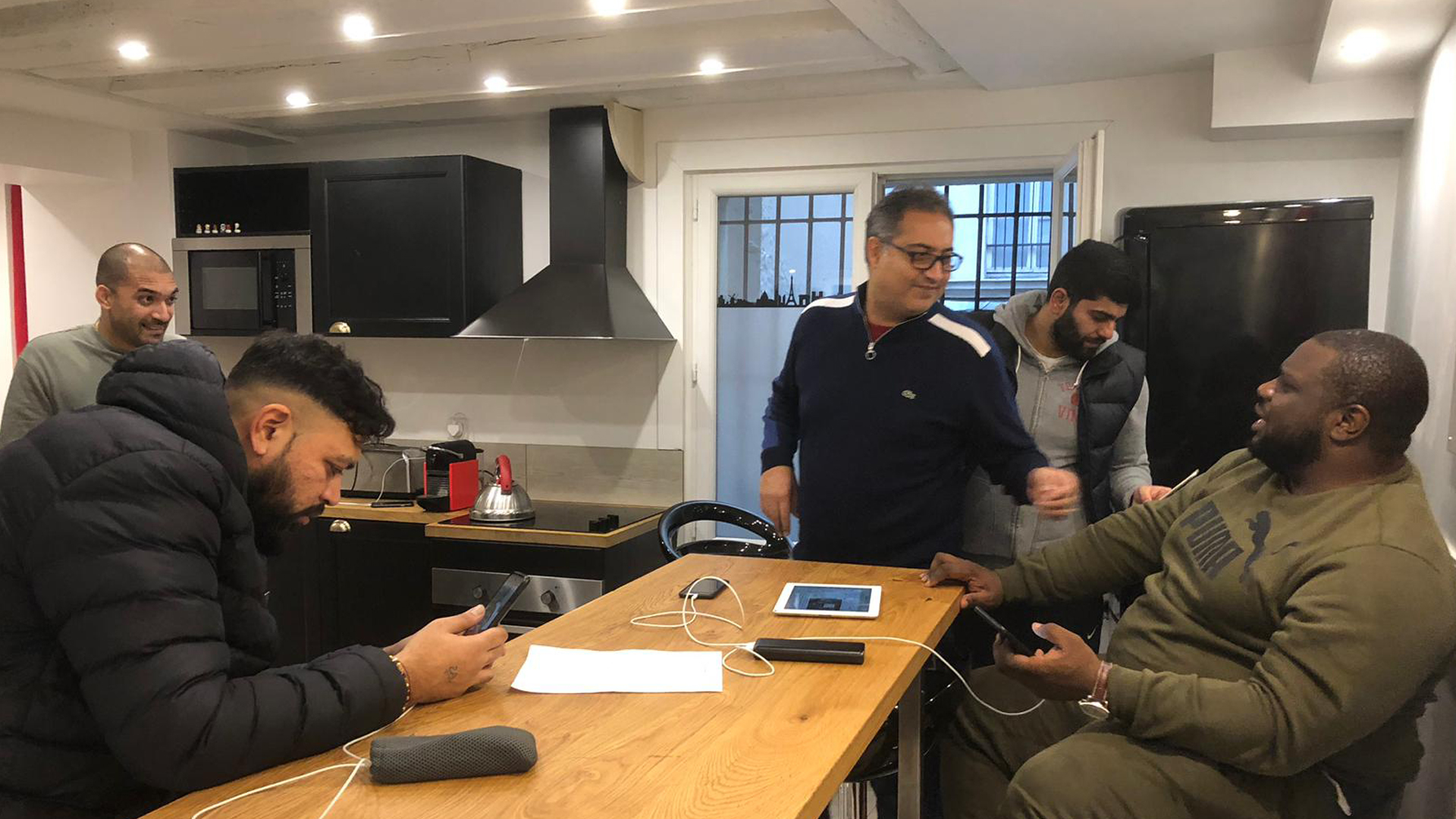 Get on the 9.22am Eurostar to Paris. My seat is slightly away from the boys. No bother as I know they’re going to hit the booze and I’m not in the mood. Too early for that. So I slide into a chair next to smartly-dressed man and listen to a podcast. The The One Show Show, in case you’re wondering. It’s a podcast about The One Show and, trust me, it’s very funny.

Arrive in Paris just after midday. Immediately see my Guardian colleague Barney Ronay – he was on the same train and is over here to cover the match. Barney’s ace, and a terrific writer.

Walk to a bar hear Gare du Nord called The Hideout. Meet up with a few boys from Birmingham who are also here for the match. Backs patted, beers purchased. Laughs had. 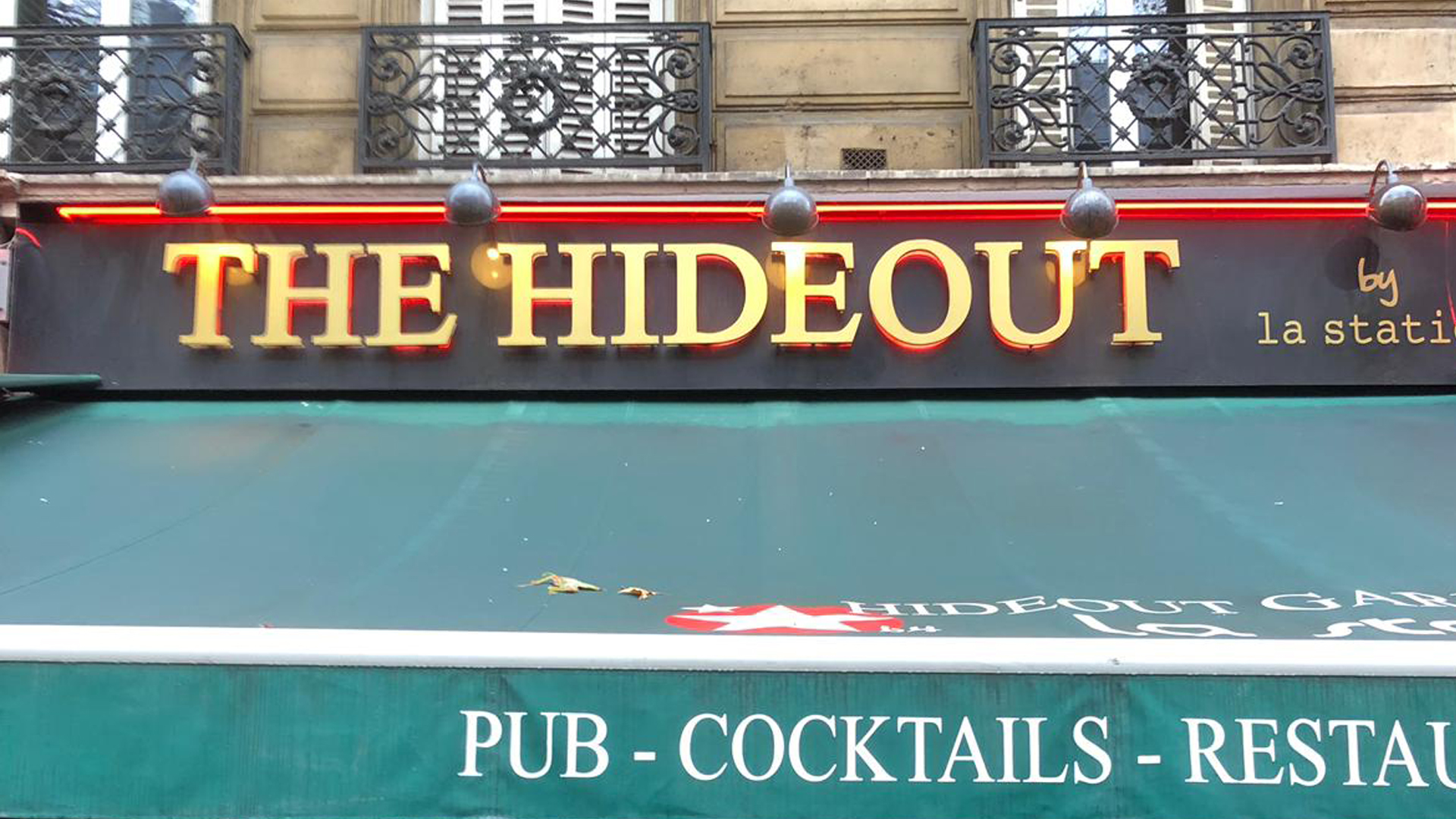 Get chatting with a group of Scousers by a nearby table, one in particular – Peter. He’s a lovely gent, been to every one of our 13 European finals and is adamant Rome ‘77 was the best. He’s probably right but I can’t help but stand up for Istanbul.

Peter and I carry on chatting. Kunal, one of my mates, is now also part of it. All going great and gets even better when Peter points out that one of his group is Roy Evans’s son. Kunal drags him over and we asks how his old man is. Doing well according to Stephen Evans, which is great to hear. Evo’s tops – gave my teenage-self some belting times during the 90s.

Finish up drinking, say goodbye to Peter and Stephen and head to our accommodation – an Airbnb on Rue Saint-Denis. It’s not far and is kitted out like a Star Wars fan’s wet dream. No kidding. Massive painting of Darth Vader on the main wall, a Darth Vader-themed table football … hookers standing outside the main door. Yes, that’s right, not only is this apartment bonkers it’s also in Paris’s red-light district. 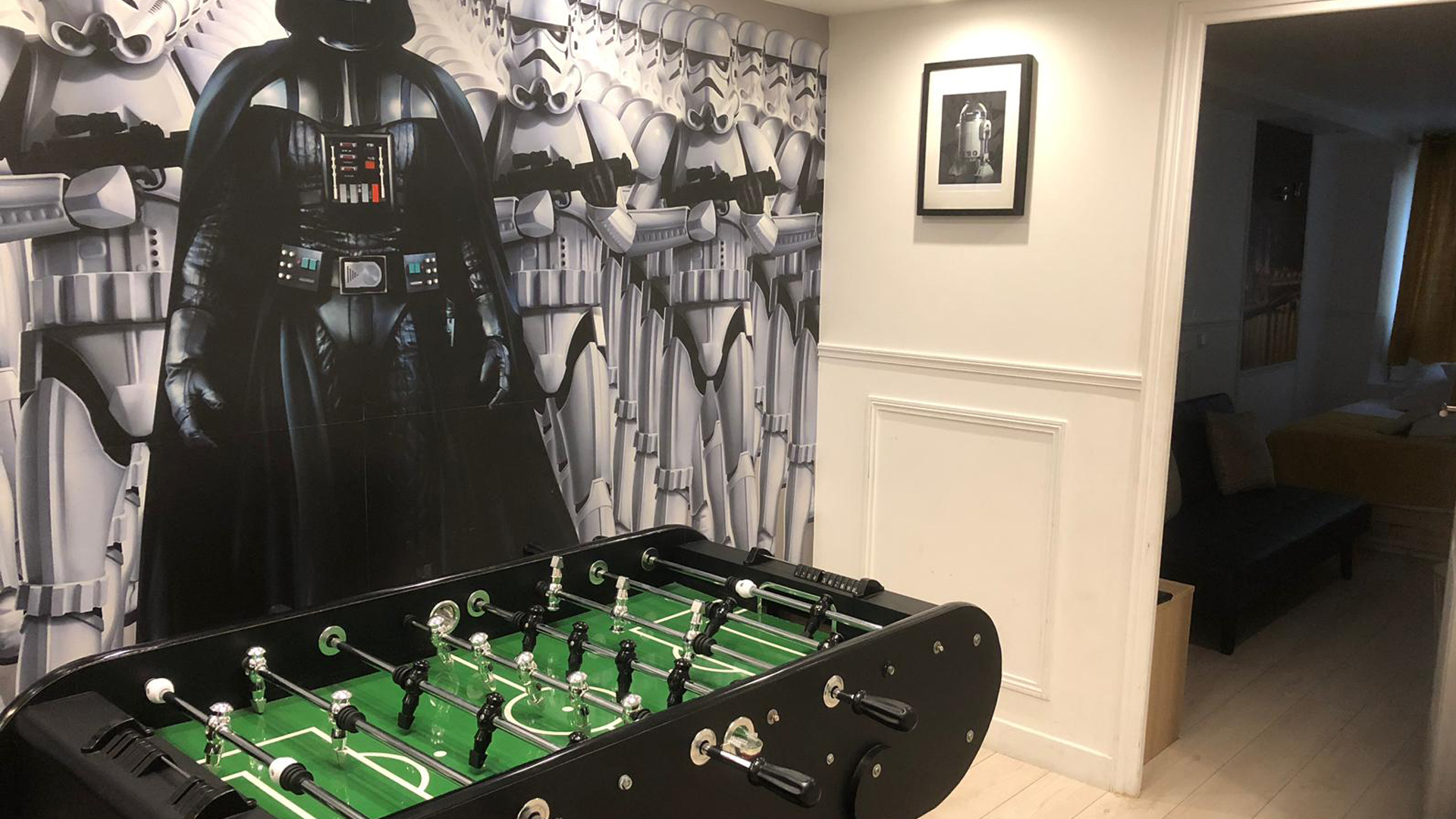 Message  Savva (as usual, he came the day before) and hear he’s with two of our other mates, Mark and Anil, both of whom are also staying at Chez Vader. We tell them to come over. They say they’re on their way via a little more sight-seeing (I didn’t go for that this time around as I’d been to Paris already, in 2015, and fancied more of an in-out trio this time around).

Taran, another mate, lands some big news on me. Well, he’s told me on the Eurostar – I have a ticket. I didn’t think I’d get one and travelled over expecting to watch the game with most of the boys in a bar somewhere, or perhaps at the BOSS night taking place near the Seine and where I know Redmen heroes Ross and Emma will be. But I have a ticket now because of the lad who dropped out. God bless his girlfriend. 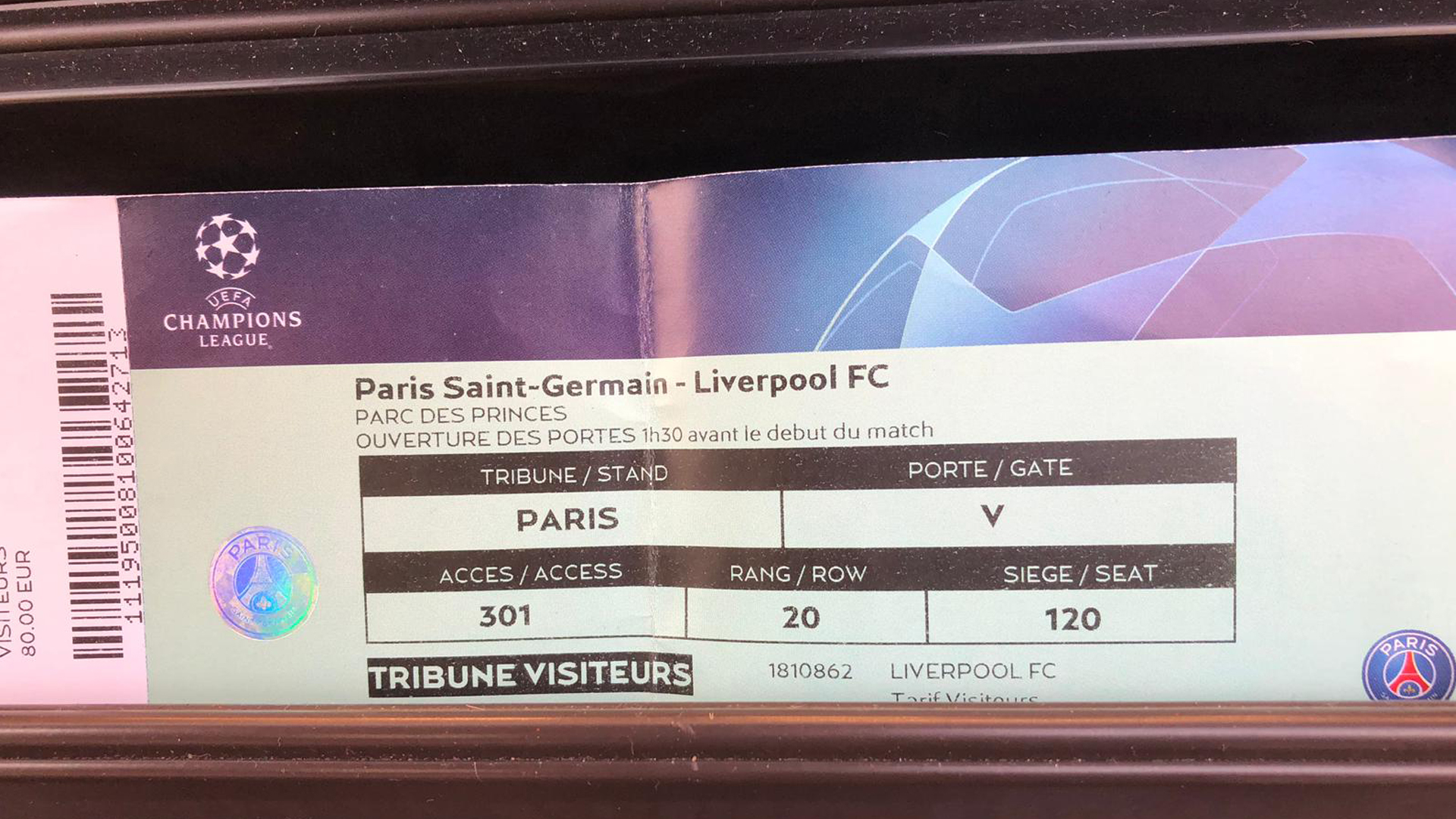 Savva, Mark and Anil turn up. More backs patted. Time for a plan. The aforementioned trio, myself, and one of the Eurostar crew, Bolo, are starving so decide we’re going to eat; the rest of the boys say they went to head to BOSS immediately. So we split.

The eaters go to a pizza place across the road from the apartment called Monkeys. My pizza has anchovies because, well, I like anchovies.

We finish up, pay up, and head to the Metro. Plan is to meet the boys at BOSS and then for those with tickets to head to the ground. Our stop is Strasbourg Saint-Denis and BOSS is at Port de Sevres: the distance between them is long – over 20 stops long.

Get to Port de Sevres, get a message from  Taran saying BOSS is properly busy so to instead meet them at a nearby Irish bar, which we do. It’s full of Reds. Songs are being sung, atmosphere is building. It’s all good. 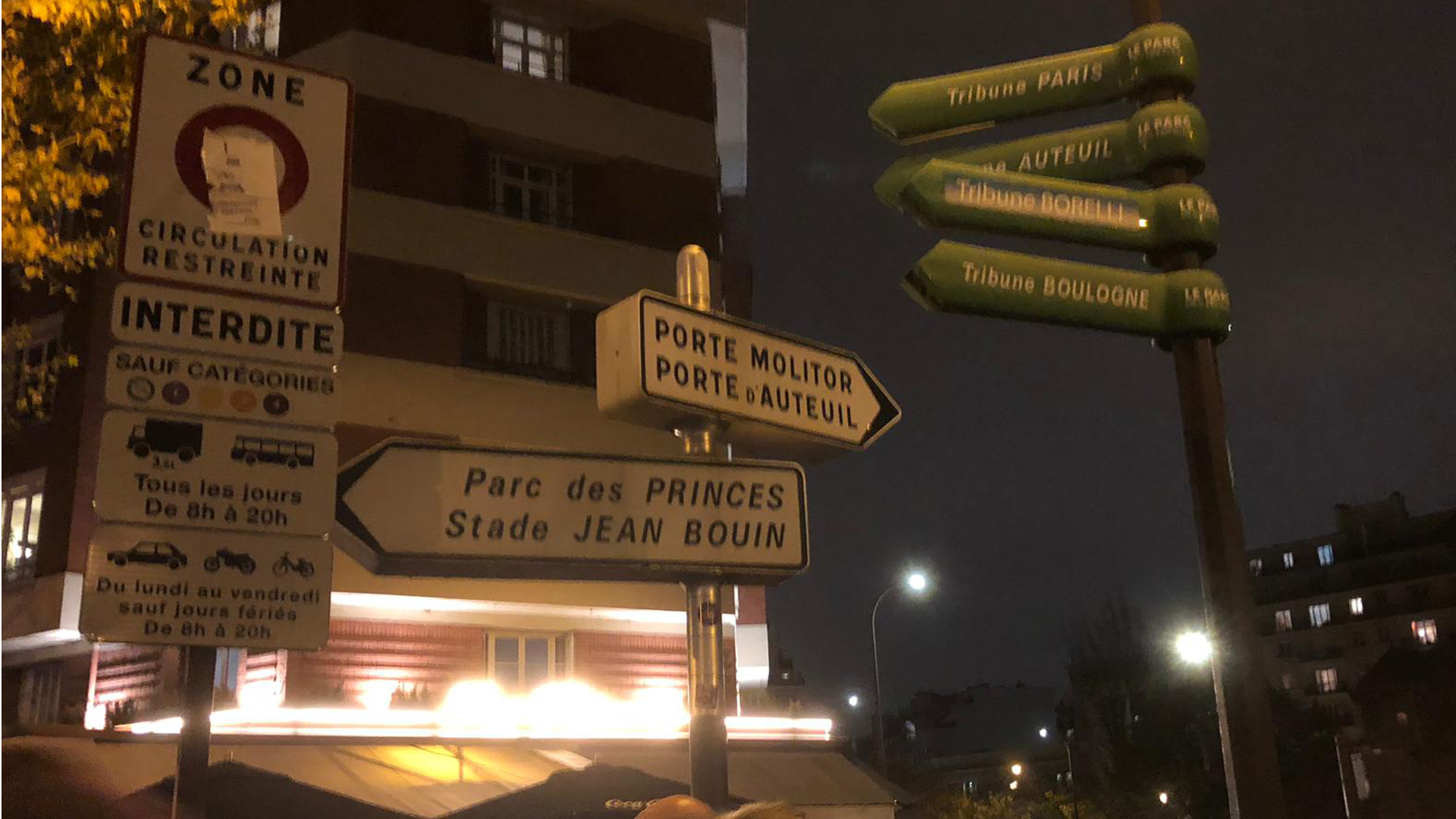 Anil, Savva and I head to the Parc des Princes. Mark comes too, despite not having a ticket. As does Bolo. Taran, who does have a ticket, will join us later. We get back on the metro and head a few stops towards Porte de Saint-Cloud, where the ground is.

It’s buzzing around the Parc des Princes. Proper matchday feel. Bolo sees if he can score a ticket in the home end – a tout has one but it costs €250. Bolo says no. He’s going to carry on looking for a cheaper one. Mark isn’t fussed and decides to find a bar where he can watch the game; Savva, Anil and I head to the ground.

Yet again, us travelling Reds are made or experience ludicrously over-the-top checks. I end up showing my ticket to at least five different members of security; stewards as well as cops, and have my balls felt (albeit accidentally) by one of them during a body search. Absolutely fucking ridiculous we’re treated this way and looking across to Liverpool’s travelling members of security, I wonder what they make of it all and why they don’t do more to stop us going through this crap.

Finally get inside the ground and I have to split from Savva and Anil – they have lower-tier tickets and mine is upper-tier. I try to bunk in but it’s no good; lower and upper-tier tickets are coloured differently and those in the former are given a wristband. I have a green ticket and no wristband so have to go upstairs. A bummer but in this strictest of security environments, no great surprise. 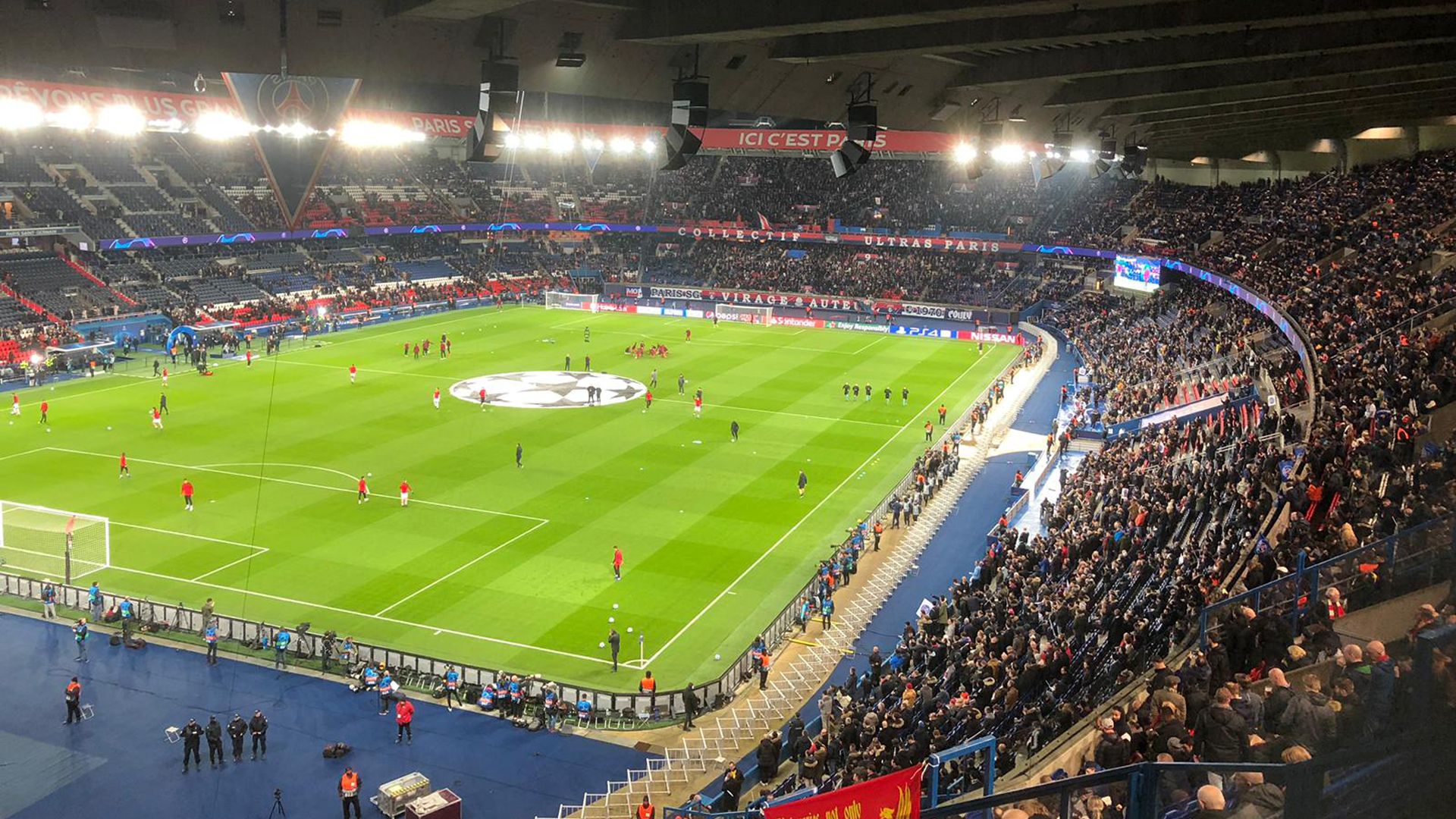 I’m on row 20 – right at the back. Great spec but I’m way over to the side and my view of the pitch is restricted by the netting separating home and way fans. I decided to give it five minutes until kick-off to see if I can move a bit lower down and a bit further across to the right. At 8.55 I make my move and find an even better spec. Game on. 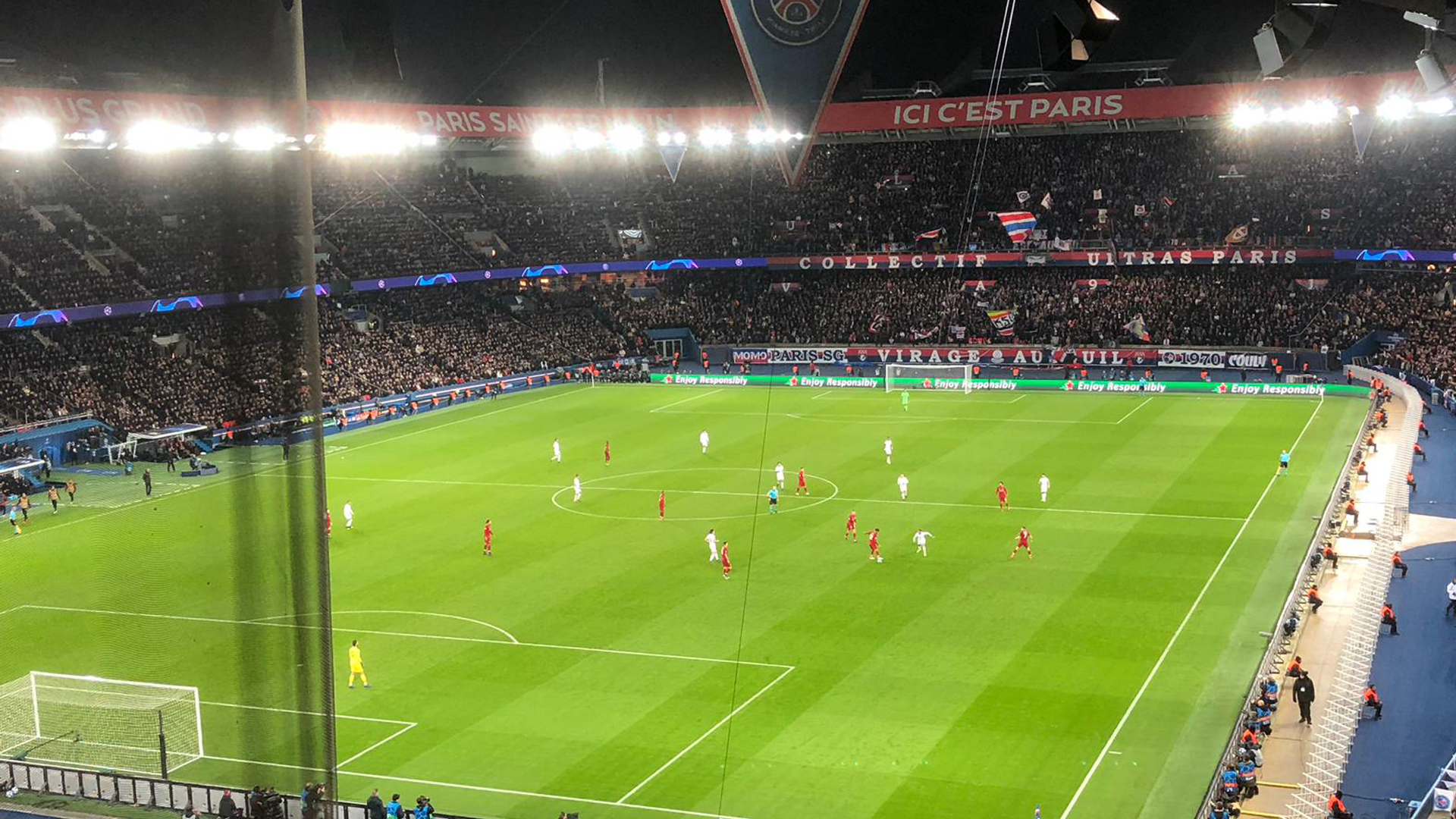 Game is shit. We lose and Neymar cheats like the massive cheating cunt he is. Jesus Christ man, have you no shame?

We deserved to lose. Or certainly we didn’t deserve to win. Had loads of the ball but did nothing with it. Where’s this team’s creativity and thrust gone? Where’s its midfield gone?

The lock-in starts. I sit and wait, staring across the ground where Liverpool won the European Cup in 1981 but barely showed up in 2018. It’s decent and, fair play to the PSG ultras who were located in the stand opposite, they were ace. Sang and bounced throughout.

The lock is doesn’t last long and I head down, where I meet up with Savva and Anil. They’re gutted as I am. We see Taran – he’s with the boys from Birmingham and says he’ll see us later. So the three of us head to the Metro and back to Strasbourg Saint-Denis.

We arrive just after midnight. Savva is staying at a nearby hotel so Anil and I say goodbye and head back to Chez Vader. We get a bit lost but eventually find it and soon realise we’re both absolutely starving. We walk up a nearby road – it’s full of lit-up clubs. Peep Shows galore. Can’t see us get a sarnie here. We walk a bit further and are about to give up when we see a shop – it’s open and there is food on sale. Hallelujah!

Anil and I go inside and do that most cliched of things – buy a baguette. Also some butter. And a big bottle of water. It’s cheap as chips (we don’t buy chips, sadly) and head back to the apartment.

Mark and Bolo are already there. We break bread and discus the match. It’s agreed that Liverpool’s midfield is not functioning properly. Not for the first time, I say Naby Keita has to start now – every game.

The other boys turn up with McDonald’s in hand. They’d watch the game in the Irish bar and are pissed off as we are. We chat some more and then it’s time for bed. I’m on one of the sofas, alongside Kunal.

Taran isn’t back. We presume he’s still with the Birmingham lot. He’ll be fine. Always is.

Time for sleep. I’m shattered. It takes a bit of time to nod off as I can’t stop thinking about the game. Three European aways, three defeats. That is a horrendous run – for me and my fellow travelling supporters. But do I regret coming out, to Naples, Belgrade or Paris? Nah, it’s been a laugh. Up the European Reds.