Virgil van Dijk has been the topic of conversation for Liverpool fans more or less ever since he joined the club in January 2018. The large towering centre-back has brought a calmness to the Liverpool backline that hasn’t been seen since Jamie Carragher hung up his boots in 2013. Van Dijk’s performances have elevated Liverpool from a team with one of the worst defensive records in England to having the best defence last season, and his work rate hasn’t gone unnoticed, winning the UEFA player of the season last week and being nominated for the FIFA player of the year this week, the question now has to be can a defender actually win the Ballon d’Or?

It was no secret that in the summer of 2017 Liverpool desperately needed a world-class centre-back if they were realistically going to push on and challenge for the Premier League. Van Dijk was Jurgen Klopp’s main target that summer but after being caught with their hand in the cookie jar Liverpool had to backtrack on the way to getting their man. The next six months were agonising especially if you were analysing the Liverpool defence as goals were being leaked left, right and centre, Liverpool‘s ability to manage a game was non-existent and a couple of 3-3 draws away at Sevilla and Arsenal demonstrated how badly that back-line needed a leader. 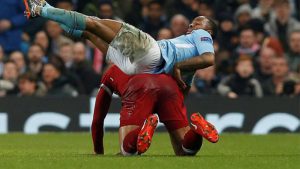 That season the January window hadn’t even opened when Liverpool announced the £75 million signing of van Dijk, a world-record fee for a defender. Everyone in football was picking their jaws off the floor when that news broke, and even Gary Neville went on Sky Sports saying how he felt Liverpool had overpaid, how wrong he was. Van Dijk made his Liverpool debut a couple of weeks later, scoring the winner in the Merseyside Derby which instantly made him a hero amongst Liverpool fans. However it was more than just his goal that impressed fans on that night, the term “Rolls-Royce defender” had been born as van Dijk brought a calmness and solidarity to the Liverpool defence which made fans feel relaxed, at last it seemed like Liverpool could defend.

With van Dijk now defending things at the back Liverpool went onto a whole new level reaching the Champions League final at the end of that season as well as qualifying for the tournament for the next season by finishing fourth in the Premier League, all of a sudden £75 million was beginning to look like a bargain. You know that Liverpool’s got a really good player when the likes of Gary Neville have to praise him through gritted teeth and as the footballing world began to take note van Dijk went from strength to strength.

Last season was arguably his best, he was able to solidify himself as the world’s greatest defender by guiding Liverpool to one of their best defensive records in Premier League history, and it wasn’t just his defending that people were talking about, van Dijk contributed to 10 goals last season, scoring six and having four assists, not bad for a centre-back. Van Dijk’s man of the match performance in the Champions League Final last season helped Liverpool conquer Europe for the sixth time and after the game the conversation of Ballon d’Or winner became a real reality as van Dijk asserted himself as one of football‘s best.

Pundits that know nothing

Personally, the question over whether van Dijk deserves to win the Ballon d’Or has never been in doubt as he definitely deserves it, it’s more a question whether he will with Messi and Ronaldo dominating the award for at least a decade now. So you can imagine my surprise when I turned on BT sports last Saturday morning to see Rio Ferdinand and Joe Cole demonstrating that van Dijk should not win the Ballon d’Or and it will be a tragedy if the Dutch defender picked up the award. Ferdinand, a defended himself in his day, went as far as saying a defender should never win the Ballon d’Or because “fans do not pay to watch defenders”.

Now I don’t mind pundits having their opinion as it’s always been about healthy debate but when your opinion is clearly blinded by the fact that you clearly don’t like that football team and your old manager couldn’t stand that football team you have to question if you actually deserve you to be on TV giving your opinions? We all know that Ferdinand is an ex-United player and on top of that he is a “Fergie Boy” which means his opinions on Liverpool are always going to be tinted with Manchester United glasses.

This was clearly demonstrated in the semi-finals of the Champions League last season when at the end of the first leg Ferdinand was spouting off about what a great honour it was to watch Messi play in that game and how he’ll be telling his kids about this game, and to be fair Messi was amazing in that match. Yet in the second leg when Liverpool completed their unbelievable comeback against Barcelona Ferdinand was as quiet as a mouse. Was it not an honour to watch that game, would he tell his kids about the game?

What demonstrated his bias against Liverpool even more was as Fowler and Owen were celebrating the unbelievable scene that were taking place Ferdinand didn’t even lift a finger in celebrating yet the very next day when Tottenham played in the other semi-final and completed their own comeback against Ajax Ferdinand was jumping all over Glenn Hoddle saying how great this was for English football. I don’t remember him saying how great Liverpool comeback was for English football, maybe I missed the point though.

The comments made by Ferdinand on Saturday about van Dijk clearly came from a place of jealousy and envy rather than doing his job, maybe he is beginning to realise that van Dijk is a better defender then he ever was and maybe he’s envious of the fact that van Dijk has a very real chance of winning the Ballon d’Or, something Ferdinand could only have dreamt of, either way, his comments were none sensical, a bit like me saying El Hadji Diouf was a better player than Messi. 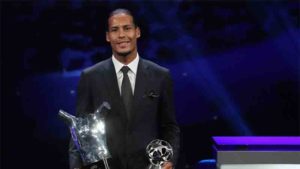 Van Dijk has taken Liverpool from a team that conceded 42 goals and only kept 12 clean sheets in the Premier League in 2016/17 to a team conceded only 22 goals and kept 21 clean sheets last season. The numbers do not lie, van Dijk has transformed this Liverpool team into a title-challenging club that is ready to take on the best in England, Europe and the world. Joe Cole also made a comment that I would like to address, the former England midfielder and Liverpool reject said that when van Dijk went to pick up the UEFA player of the season he admitted that he wanted to be like Ronaldinho growing up, so this meant that he didn’t even want to be van Dijk.

For starters this is a complete misquote, if you’re going to go on national TV and use a quote against a fellow professional at least get the quote right or don’t bother quoting at all. This is what actually happened, van Dijk was asked who he used to look up to in a footballing sense when he was younger, he responded by saying Ronaldinho. How does that mean he didn’t want to be van Dijk? When I played football at school l used to play in goal however my heroes Steven Gerard, does that mean I didn’t want to be me? I’m sure the player Cole looked up to when he was a kid would have been an attacker. Kids look up to attacking players as their heroes, it’s only natural because they’re the ones getting all the goals and all the attention, this doesn’t mean that they don’t want to be themselves, it just means they have somebody to look up to and aspire to.

The point is pundits like Cole and Ferdinand need to keep their personal feelings out of it when they are given their opinion on matters, okay if they don’t like Liverpool, that’s fine but to say that van Dijk doesn’t deserve to win the award and shouldn’t win the award on the basis that he is a defender is just absolute nonsense and to be quite honest makes me wonder if they’re even fit enough to be giving their opinions on TV. Also, children are watching that show and if they happen to be playing football as a defender what message does that send them? These people have a responsibility to inspire the next generation and they need to think before they open their mouths especially on a big issue like this.

Liverpool played Burnley at the weekend and again van Dijk was in my opinion man of the match, he gave a flawless performance and even had Ashley Barnes, who’s up until Saturday was scoring goals for fun, in his back pocket. He dominated the Liverpool defence all game and show the kind of defensive skills that means he should be considered for the Ballon d’Or. Personally I think van Dijk should win on the basis of how important he is to Liverpool, you can take Messi and Rinaldo out of the respective teams and yes no doubt there will be a dip in quality but neither Barcelona or Juventus would struggle in the way Liverpool would if van Dijk wasn’t in our team, and given how much of an impact he has had on our defence for me van Dijk is a worthy winner of the Ballon d’Or.

If you would like to see more articles by Imraan check out his blog here https://wheelofthoughts.com/2019/09/04/hes-our-centre-half-our-number-four/