How Should Liverpool Line Up Against Wolves?

While everyone is in a panic over Dejan Lovren’s positive comments this week, it’s time to focus on a fixture what will be one of the trickiest games this season.

Wolves have proven to be a match for any side, with only Spurs from the top six able to secure three points against the high flying, newly promoted side.

Ultimately, these are the “championship” games. Those matches against smaller teams where Liverpool would have a tendency to draw, despite dominating against clubs at the top end of the table.

Fortunately, we have the best defensive record in the league and an attack which has currently found form at the perfect time – just before the Christmas cluster of fixtures. 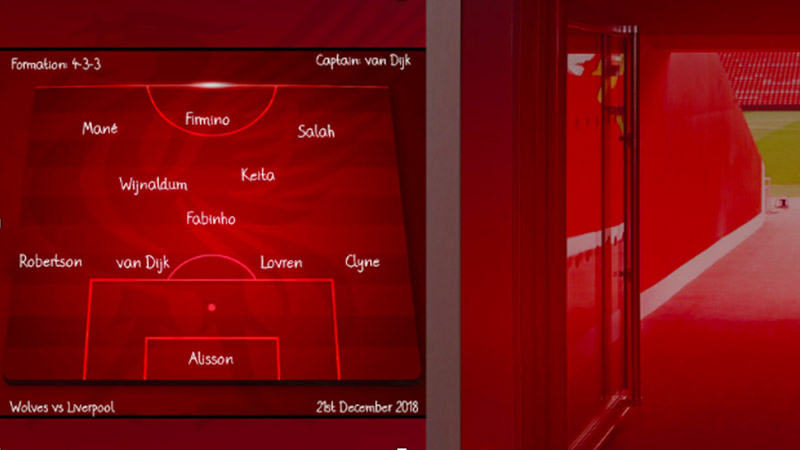 In terms of defence, the display against Manchester United at the weekend was more than good enough for everyone to keep their place. Lovren’s comments should be taken positively; he was hopeful that we go unbeaten, not that we are categorically going to stroll our way to the league title.

For a player who has played so little football, Nathaniel Clyne was excellent on Sunday. Hopefully, he can continue his good run of form.

Rotation will be key over this busy run of games, but, Klopp must keep the midfield which started against United. The only question is whether Shaqiri could earn a start in place of Keita – a tough one to call. Henderson comes in on Boxing Day.

While we will need to be careful of Wolves’ threat on the counter-attack, this is a game where we simply need to take our chances – Wolves are likely to get at least one good opportunity.

I’d like to wish all of the readers here at The Redmen TV a Merry Christmas.

How does Tom think that Klopp will select the side? Check out the Starting XI Prediction Show below