It’s All Beginning To Click As We Go Top

Saturday’s emphatic victory over Bournemouth didn’t just see Liverpool claiming top spot in the Premier League but it also singled something that all of us fans have been waiting to see since the start of the season, the team beginning to click.

As good as Liverpool have been so far this season it’s been no secret that we haven’t quite reached the heights of last season from an attacking point of view and whilst we are still unbeaten the concern for most supporters was when the team was going to find their devastating rhythm that blew teams away last campaign. Liverpool have been more practical this season with the emphasis being put on getting victories instead of playing full throttle heavy metal football. However on Saturday it seemed like Liverpool, especially Mohamed Salah, were  finally let off the leash, much to the devastation of Bournemouth.

The team clicking coming into the Christmas period should come as no surprise as it was roughly this time last year when we went down to the south coast and hammered Bournemouth by the same score line that things really began to improve for us last season.

The issue Liverpool have had is that a lot of  people look at last season through red tinted glasses and remember the highs of getting to the Champions League final but do not remember how much we improved throughout the season especially after Christmas when we seemed to shift into top gear.

Watching the match on Saturday reminded me of how good we can play but also of how we ended the last campaign, putting teams to the sword regularly without having them to break a sweat became a regular occurrence after Christmas last season, the problem was by then Manchester City were well out of sight and Liverpool were scrapping to be the best of the rest.

Fast forward a year and not only are we in a title race with Manchester City but we are a point clear at the top of the Premier League, not bad for a team that hasn’t reached its full potential. Salah looked back to his best on Saturday and the Bournemouth back line just could not live with him, also his link up play with Bobby Firmino looked back to where it was before Sergio Ramos’s wrestling tackle on the Egyptian in the Champions League final.

Also now we are seeing Naby Keita hitting a bit of form, which is important for Liverpool as it means we finally have someone who is able to bring the ball out of midfield and drive forward in the same way that Alex Oxlade-Chamberlain  would do last season. We have really missed the English midfielder and I think it has kind of gone unnoticed because we have been able to grind out results rather than blowing teams away. Hopefully now that Keita is fully fit and finding his form again he will be able to fill the void left by Oxlade-Chamberlain and we can get back to what we did best last season, simply blowing away the opposition. 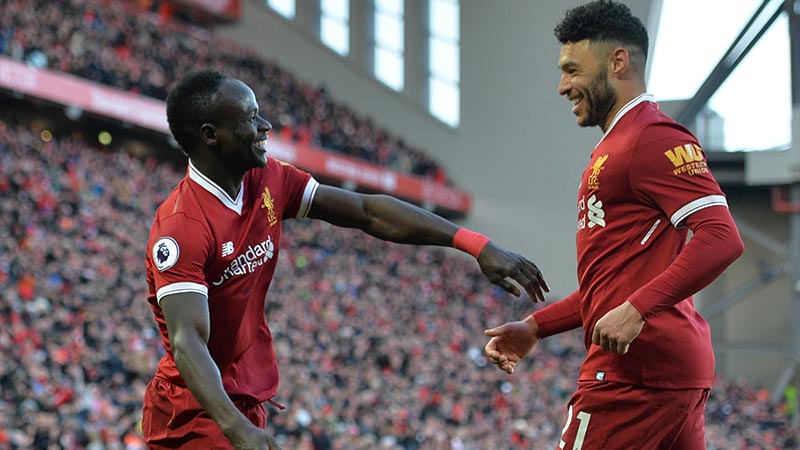 I know that there is still a long way to go this season and the old saying of you never win anything before Christmas is ever true but with Liverpool beginning to hit form at such a crucial point in the season there is no reason fans shouldn’t be optimistic about what could be an historic season for the Reds.