Redmen TV are delighted to announce our partnership with Murwalls LTD to produce a Mural at Anfield celebrating Liverpool’s title success and the career of club captain Jordan Henderson, as part of our Ten Year Anniversary celebrations.

The mural, located at 134 Anfield Road, L4, celebrates the end of the fans’ 30 year wait for the league title, the incredible rise of the Liverpool Captain, and also gives thanks for the incredible work done by Alder Hey Hospital, who were chosen for this by the player himself.

“Ten years ago, Chris Pajak and I began this crazy backroom venture with a hand painted banner and a borrowed camera. At the time, Liverpool were going through an incredibly tough period both on and off the pitch, struggling to match footballing expectations, and with a fight for the club’s ownership and long term survival at the forefront of fan culture. Today we find ourselves with nearly half a million subscribers, and the club as reigning European, World, and English Champions. We are immensely proud of this club, the players, and our own journey and want to leave a lasting physical legacy to mark the Reds ending our 30 year wait in such glorious style. No player embodies that journey, the spirit and the passion better than Jordan Henderson. It is truly our honour to recognise his magnificent achievements, and to also acknowledge the exceptional work done day in, day out by the wonderful people at Alder Hey Hospital, especially in such trying times. Much like the great work done by the Anfield Wrap with their Trent wall, we hope the mural is something that fans and the local community can be proud of. In Murwalls LTD I believe we have found the perfect partner to achieve this.”

“Jordan Henderson embodies everything the club stands for both on and off the pitch and that’s why I wanted him to be the feature of this mural. The timing could not have been better either with today being the day that he wins the FWA’s Footballer of the Year award. Jordan has fought through adversity in his Liverpool career but come out stronger for it, much like the City itself. His drive, determination and leadership shines through and I hope his actions and this mural will inspire people for years to come. This is our way of saying thank you to him and the rest of the Liverpool squad.”

I’m honoured that MurWalls have been asked by the Redmen to paint this iconic moment for the LFC family.

The community have been waiting way too long for this moment but now it needs to be honoured in a special way.

We hope that our mural will capture that moment and inspire all for years ahead.

Hendo joined the club with a lot of pressure on his shoulders, however he has exceeded anyone’s expectations by leading the Redmen back to glory.

The Multi-award winning Redmen TV launched on Youtube in the Summer of 2010, becoming the first in a new generation of “Fan TV Channels”. Initially beginning life as a passion project for creators Paul Machin and Chris Pajak, the channel has grown over the last ten years into a fully fledged production company, moving into a 2,500ft production facility in Hunts Cross and providing jobs and work experience to young people looking to take their first steps into the production industry.

MurWalls team of talented street artists work up and down the UK creating special murals and artworks for people’s homes and businesses. 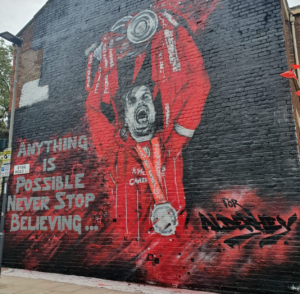 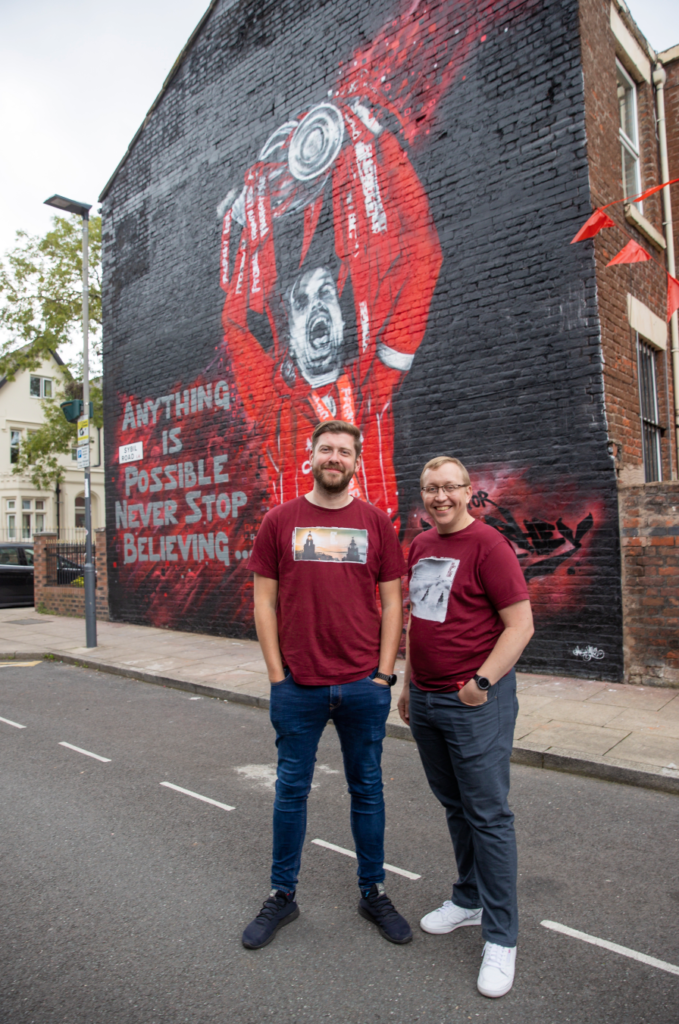 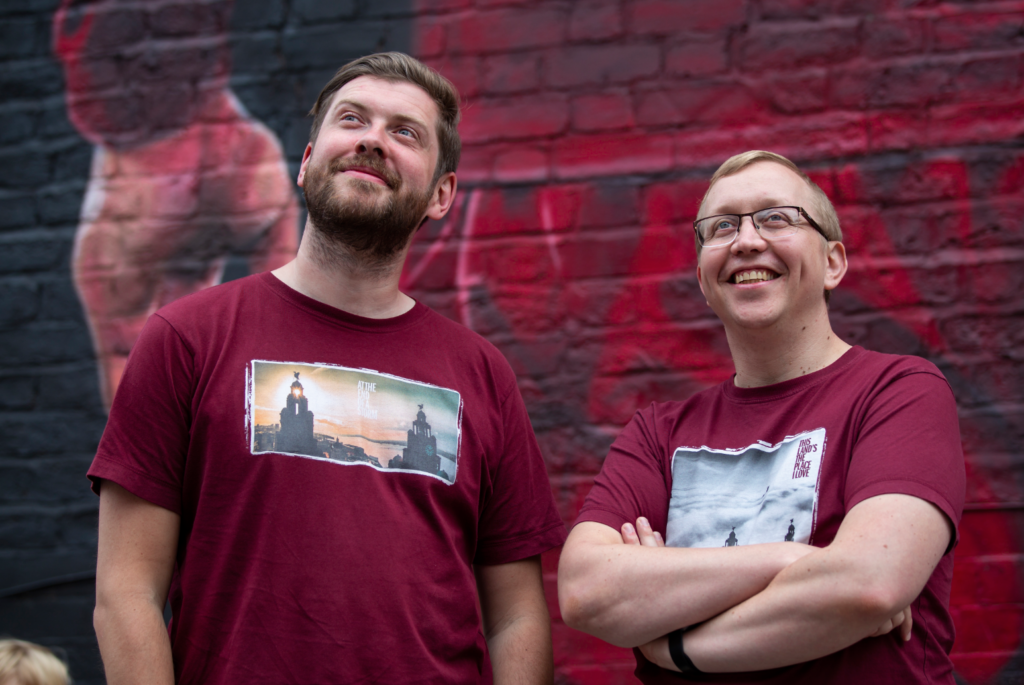 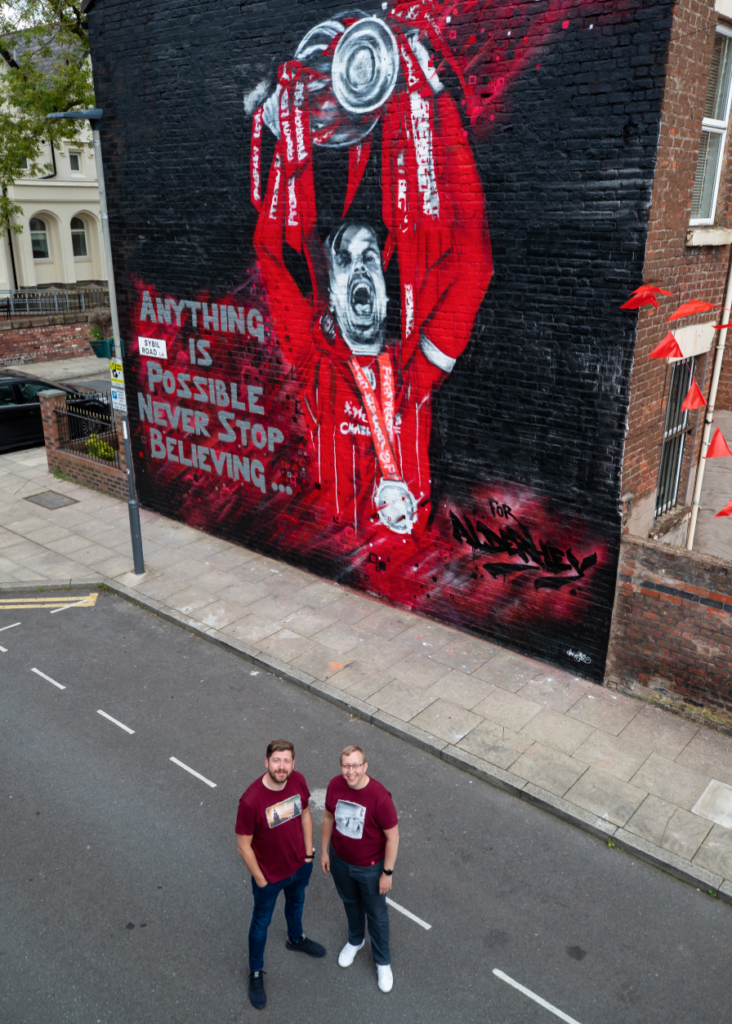 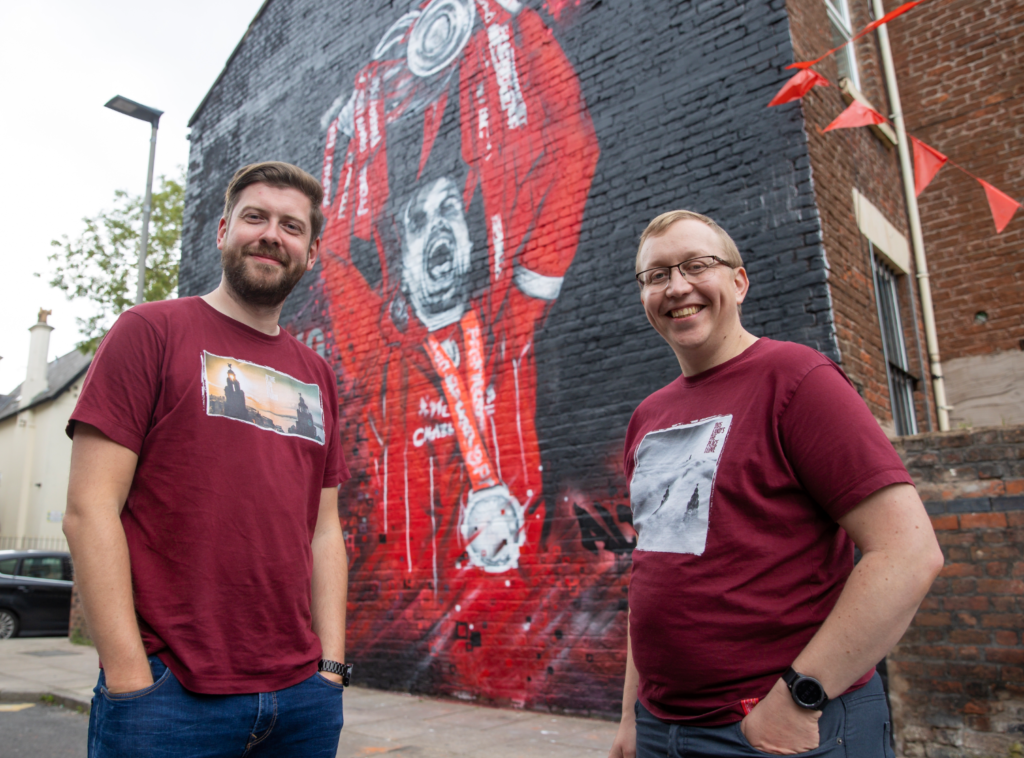