Klopp vs Guardiola- The Evolution of Their Rivalry

The scores were streaming in and Pep Guardiola was doing cartwheels in Man City’s dressing room after Kyle Walker’s 86th minute winner completed their comeback 2-1 win over Southampton, and he knew Villa were leading Liverpool. Then suddenly that adrenaline rush was wiped out when he heard Sadio Mane had just scored a last-minute winner in the dying minutes to maintain Liverpool’s six-point lead over City.

So Guardiola thinks it’s a good idea to labelling Liverpool’s current leading man by labelling Mane a diver which to the public would seem a bizarre thing to do considering the two sides clash this Sunday. Though, to Pep was a psychological jab against Jurgen Klopp in the latest contest between two of management’s heavyweights. 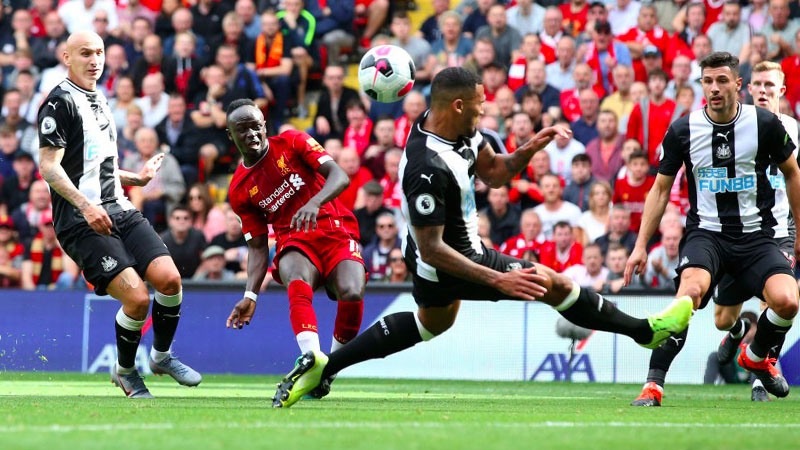 Ever since Guardiola was appointed as Bayern Munich’s manager the difference in appearance between the wild, enthusiastic German and the calm, collected Spaniard was enough to suggest there would be a clash of philosophies. Where Guardiola would go to the high street for his match day outfit, Klopp would wear his training gear to a Champions League final.

When Guardiola arrived in Germany the media were obsessed by how he was going to transform German football on the back of what he achieved with Barcelona. Even Klopp said, “the press will go on them (Bayern under Guardiola) like bees on the honey”, hinting that the media would be watching his every training method to understand what makes him one of the most respected coaches in world football.

However, the new Bayern boss got a reality check as it was advantage Klopp when they first met as Dortmund tore their Bundesliga rivals apart in a comprehensive 4-2 win gave Guardiola an insight into what to expect from his German counterpart.

In 2013/2014 both managers got a 3-0 win away at the other’s ground, showing the value of giving respect and hitting a side on the counterattack is the best way to play to play against each other. The pace in games involving the likes of Robben, Ribery, Reus, Blaszczykowski means both Klopp and Guardiola knew the key to beating other was from the wide areas. 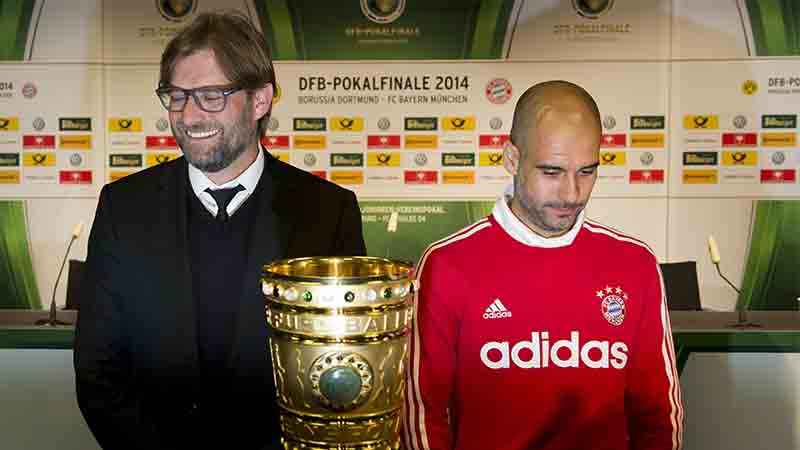 Guardiola then started to dominate the Bundesliga by winning the 2013/2014 league title which included doing the double over Dortmund on top of beating them in the German Cup final. However, Klopp got his revenge as he knocked out Bayern in the semi-final of the German Cup via a penalty shootout in the following season. This would be the last time the two would meet in Germany as Klopp left Dortmund at the end of the 2014/2015 season.

Klopp had just over half a season to settle into Liverpool before Guardiola arrived at Man City, which would be the scene for their rivalry to escalate to a point where the whole world wanted to watch their sides play each other.

Both games in 2016/2017 were tight cagey affairs with Liverpool edging a 1-0 win at Anfield before playing out a 1-1 draw at the Etihad. Though the chances in the Etihad could have made it a 5-5 scoreline and gave an inkling to what was to come, a lot of chances, goals and madness.

2017/2018 proved to be the pivotal season in the Guardiola vs Klopp story as it revealed the very best and worst of both sides. The 5-0 hammering Man City handed Liverpool could be put down to Klopp’s side being reduced to ten men for a large portion of the game but was evidence of why the Mancunians would go on to be dominant Premier League champions.

The Etihad mauling and City’s superiority was enough to inject fear into any Premier League side, except for one, Liverpool as they had two aces in their hand that left Guardiola’s head in a tailspin. One was on the pitch, the presence of a dynamic Senegal winger, a brilliant Brazilian playmaker and an Egyptian goal machine was the perfect recipe to destroy Guardiola invincibility. Turning up to Anfield like you would do to any other side thinking the beautiful game would come out on top was a foolish move.

The other factor is the underlining psychology affect of Anfield’s atmosphere. Many have tried to tame the influence of Anfield, however many have also crumbled under the pressure the crowd puts on a side when they are trying to play their game, especially in Guardiola way of playing around the back invites the intensity Klopp’s Liverpool always puts on the opposition. 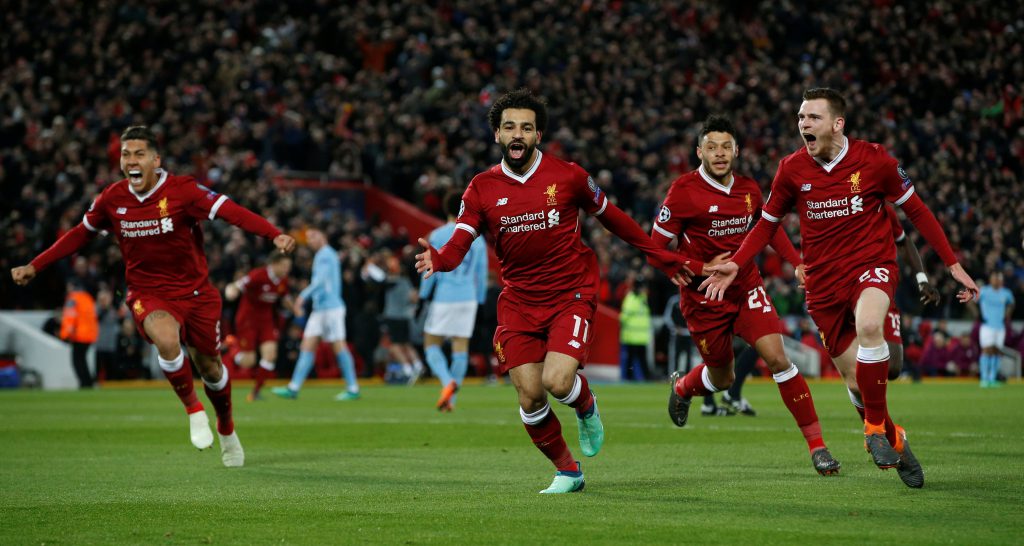 These two factors would be fundamental in Liverpool’s 4-3 win over City who for the first time were defensively exposed as the front three of Firmino, Mane and Salah caused carnage amongst Guardiola’s team.

The same fixture would be played two months later as Liverpool and Man City drew each other in the quarter finals of the Champions League. Once again Man City’s camp diminished Anfield as the deciding factor in the game, instead it was the first half hour where Liverpool were 3-0 up and beat City 2-1 at the Etihad.

It was not Liverpool ruining City’s chance of a historical quadruple, Pep Guardiola sensed Klopp would be more of a threat to his Premier League perch than to his dominance in Germany. When Klopp was at Dortmund he was unable to close the gap to Bayern Munich as the German Champions always took his best players meaning he was unable to develop a team to challenge Guardiola’s Munich for the league. Liverpool has proved to be different for Klopp as he has built his side piece by piece, constructing a side that are competitive enough to match City’s relentless form and performance levels.

Guardiola learnt to be vigilant when taking Klopp in the 2018/2019 season as a cautious approach earned him a 0-0 draw at Anfield which would have been a 1-0 win if Riyad Mahrez had not skied over a penalty in the 86th minute. City’s 2-1 win over the reds proved to be a decisive game as despite Liverpool only losing to City clinched the league by one point.

Now this season Klopp looks more ready than ever to overtake Guardiola’s superiority as City face the possibility of being nine points behind Liverpool by the end of the weekend. Guardiola may like giving psychological jabs, but Klopp could deliver a knockout blow on Sunday.