The January window is here. Liverpool are flying and there is a plethora of stars being linked with the Reds alongside a £150m kit deal with Nike.

Jurgen Klopp has taught football fans many things, but one prominent is that he is a mastermind when it comes to recruitment. The German manager’s time at Dortmund showed why he and Liverpool’s scouting team led by Michael Edwards are the perfect match.

Klopp’s eye for a player is demonstrated by an impressive track record finding players for nominal fees in today’s market. The man from the Black Forest is second-to-none when it comes to finding high-quality players at shrewd prices. 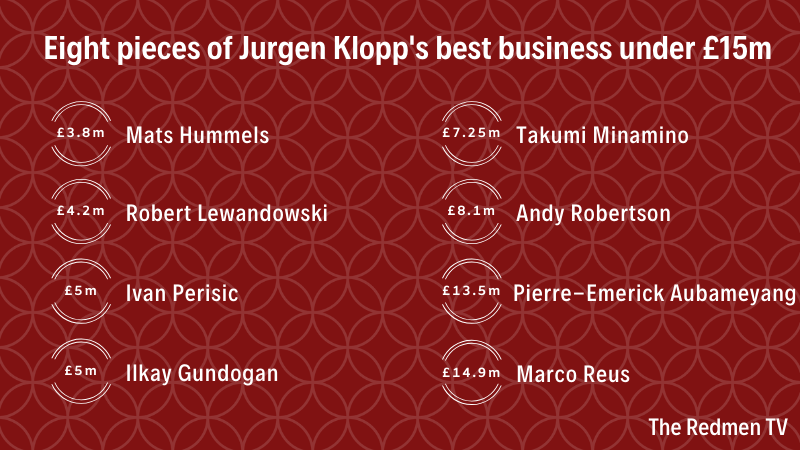 Spending big across the club cannot guarantee success either. Everton have the third-highest net spend (£275m) over the past five seasons and have finished no better than 7th in the same period.

It is no surprise that Liverpool, a team assembled with players recruited by Klopp, Edwards and meticulous data analysis are leading the way in how to use the transfer market. The Reds have put on a clinic, mimicking the Moneyball approach – competing with less budget and finding value in players unnoticed by others.

When the Reds have invested heavily into the squad, Klopp’s signings have been flawless. The team’s most expensive assets were questioned; Salah was overlooked because of his first stint in the Premier League, Virgil van Dijk’s wasn’t worth £75m, Alisson ‘didn’t look anything special’ at the World Cup. 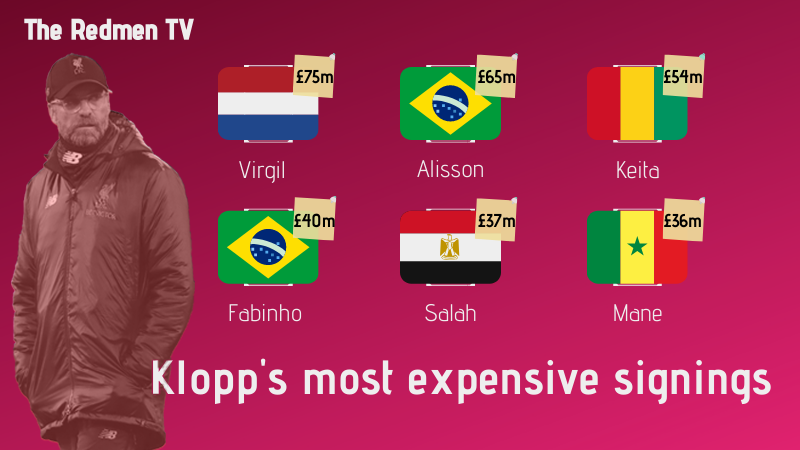 A Champions League win and 36 Premier League games unbeaten later, the experts on social media were wrong. All but Keita have become undroppable players in the makeup of Liverpool’s best XI, but the Guinean midfielder has shown glimpses recently that he is not far behind.

What this shows is the Reds recruitment team are capable of finding gems in Minamino and Robertson, but can also spend big without making mistakes. Nicolas Pepe joined Arsenal for £72m in the summer and has struggled to find consistent form; it’s clear to see why Liverpool, who were linked with the Ivorian, did not end up finalising a deal for the winger. It’s an acute awareness of player value and expected contribution which has been paramount in Liverpool assembling one of the club’s best squads in history.

Adding to the squad is more than simply targeting the world’s best players. Each player must fit the identity of the club, the selflessness and integrity which Klopp seeks. Unsurprisingly, many of the Reds current contingent are active in charity work, helping make a difference in the local area and their home countries. A team-first attitude which polishes the togetherness Klopp has instilled since day one.

Not a good look from Kylian Mbappé this afternoon as he appeared to ignore Thomas Tuchel when being substituted off. pic.twitter.com/H1nYqLEn04

The drama which either Neymar or Mbappe could bring to Merseyside is not worth the gain. Of course, their talent is undeniable, but neither fit into how the Reds have built the team. Mbappe’s disrespect shown to Thomas Tuchel is enough to see that he has a mentality which wouldn’t work at Liverpool.

Signing a player of such stature would also mean changes to Klopp’s system. There is no need for Liverpool to move away from a favoured 4-3-3 setup which has helped the club go on the longest unbeaten PL run in history. Accommodating a marquee signing would be at the needless expense of a starter in midfield or attack.

The Reds should stick to FSG’s current strategy of buying players who can be crafted into stars. Sadio Mane and Mo Salah were not world-class players when they first arrived, but have maximised their potential at Anfield. Likewise, Alex Oxlade-Chamberlain played at wing-back for Arsenal before shining in Liverpool’s midfield. It’s a strategy which has served the club well, and a catalyst for players who were once overlooked to blossom on Merseyside.

Takumi Minamino’s arrival from Salzburg shows the coaching staff are focused on developing the right players. As long as Jurgen Klopp is at the helm, there is no need to target either of Paris Saint-Germain’s biggest talents.