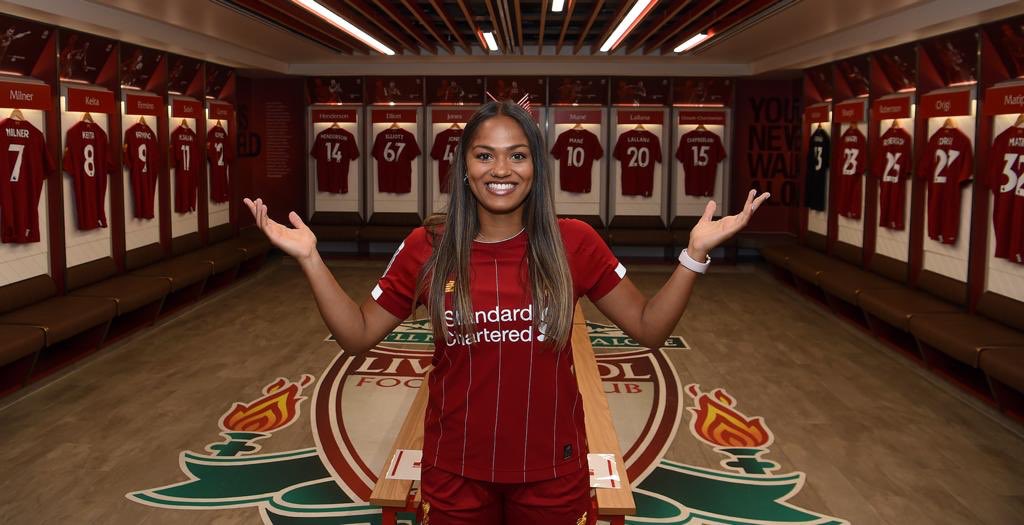 Before her time at the Blue half of Merseyside Hinds spent eight years at Arsenal.

Hinds made her debut for the Gunners during a 7–0 win over London Bees during the 2017 FA WSL Cup. She was subbed on in the 46th minute of the match for Emma Mitchell. The defender then made her move to Everton in January 2018 and was part of the Blues squad which reached the FA Cup semi-finals that year.

Hinds is an England youth international and was a member of the U20 team that won bronze at the World Cup in 2018. She also featured in the run to the quarter-finals of the U17 World Cup in 2016.

She is a full-back that is also comfortable operating in midfield as she has skill, athleticism and versatility. The defender joined up with her team-mates this week as the squad continue pre-season preparations in phased stages to comply with Covid-19 regulations.

Liverpool FC Women manager Vicky Jepson told the club website “Taylor is a great signing for our club, she’s an England youth international with many years of WSL experience.

“Taylor will certainly add many qualities to our backline, being able to play off both feet and her pace on the flanks going forward will certainly contribute to building and creating attacks.”

“I’m excited to work with Taylor and push her to develop further. She’s already trained really well this week as a Red and has fitted in well with the squad.

“I’m sure all Reds fans will join me welcoming Taylor to the LFC family.”

On signing for Liverpool Hinds explained “I’m so happy to be here, I’m happy to be a Red and already it’s been overwhelming, everyone has been so welcoming.

“I just can’t wait for the season to get started. I love Liverpool as a place and I know the fans here are brilliant so I can’t wait to make myself proud, my family proud and the fans proud. When I first got talking to Vicky I got a great vibe off her. She wants to get all my confidence out. It’s an important season for the team as well as myself. We want to be back in the WSL and I want to help get the team promoted.” 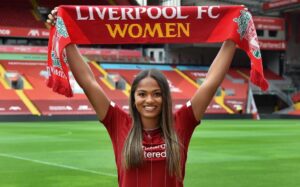 “I’m excited to be a part of it. There’s a lot of talent here, there’s quite a few youngsters and we just need to thrive off that. Hopefully we do get promoted, that’s everyone’s aim, that’s what everyone wants so that should help the motivation of everyone in the team.”