What is this feeling? A win at Anfield? 3 points?

And once again, it isn’t VAR it’s the officials and the rules surrounding it.

Think I nailed it here.

Can do much better for the goal and I’m still not comfortable with the loss of the moustache to be honest. Besides that he had a few saves to make but nothing spectacular.

Honestly though, please grow the facial hair back. 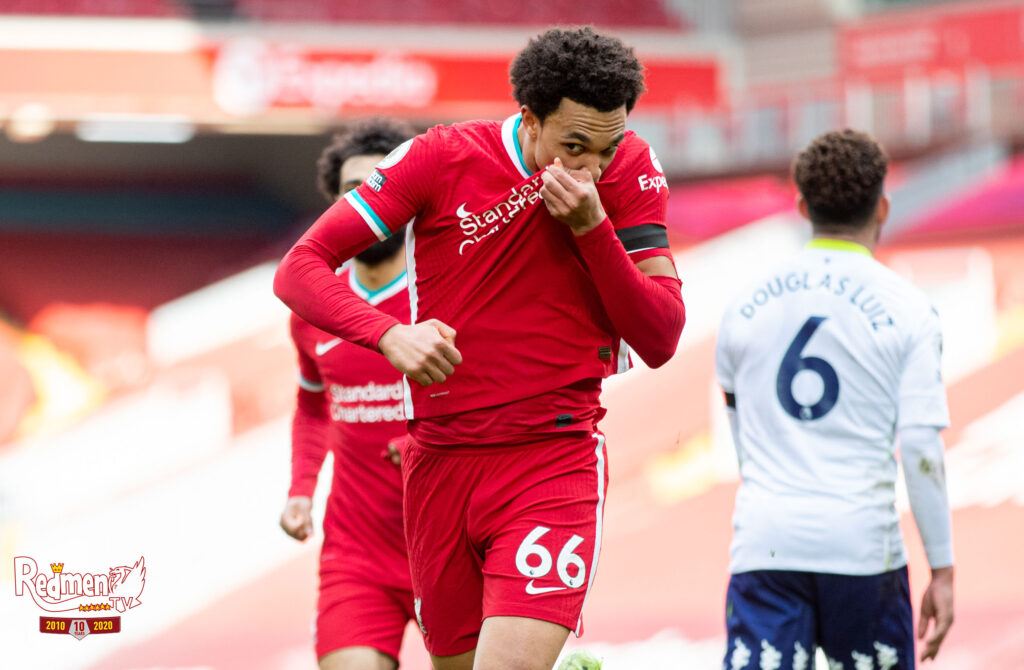 Hahaha won 10 out of 13 aerial duals. Just don’t bother with crossing the ball lads. There’s no point. Not when this fella is in town. Another solid performance from Nat for me. Now go own it on Wednesday lad.

Sound from Kabak again. One or two moments where he could have done better but that’s really me being picky. Mad that he’s the one to get subbed when we need to make a change in midfield.

RELENTLESS yet again today. So much better going forward, constantly popping up in the right spaces, doing his dirty work and despite giving the ball away a lot, it’s him who is taking risks, willing us on to score.

Imperious in the middle of the park which helps us tick. Breaks down attacks, mops up when needed and can still contribute to creating and sustaining attacks. Boss. Again.

Always a surprise start and always criticised before a game has kicked off. THAT’S why he starts, that’s why he is important and that’s why Jurgen picks him. Covered every blade of grass again. What a shift.

Struggled with Gini today but before hand I thought he might get a rest for this one. He looks goosed. Look what a rest did for Bobby, when will Gini get his? Maybe we are getting as much out of him as possible before the summer and he is someone elses problem?

Form is temporary, Bobby is permanent. Had a legitimate goal ruled out because of incompetent officials, made Carra orgasm on national tele and showed exactly why we all love him. Not a bad day at work really.

I can sit here now and be happy because we won but it would do my anxiety wonders if we took more of our chances. Never doubt Mo though, a wonderfully taken goal.

Wasn’t offside. That is all.

Only played 20 minutes. Has to start on Wednesday for me.