Alright this constantly winning and keeping clean sheets business. Doesn’t half do wonders for my mood. One of those ‘potential banana skins’ today, just swept aside and three more points on the board.

Exciting line up and plenty of options on the bench too. The win and clean sheet are all well and good but I think being able to work a position where we can rest and rotate our midfield, without losing momentum, is the biggest plus point from that game.

Yes Southampton had a few chances and the game could have turned out differently, but at the same time we could have scored 10.

A lot busier than I would have liked him to be today, or maybe more than I thought he would be. Dealt with everything with ease, even the odd corner where he was clearly a target for Southampton. Made some huge saves, game would have been different without him.

Another game and yes that’ right, you guessed it. Another bloody assist. It’s probably considered an easy take to pick out Virgl’s head from a corner but to lash a pin point cross onto his foot is something else. Some of the link up play on that right hand side today was mouth watering.

Defensively he was just typical Virg. Not phased by anything. The ‘keeper probably should have done better but I tell you what, that’s some strike that from a defender.

Still looks a little be rusty at times but that will only be sorted with game time. Got done easily in the first half and found himself in the right place and the right time in the second to block what was a poor shot in the end.

Christ almighty, imagine thinking this lad was done. Almost as if he’s played loads of football and needed a rest. No messing about with his assist for Jota. Technically did have another for Sadio but was a fraction offside.

Imperious today. Won’t get as many plaudits as some of the other lads but he was instrumental today; constantly putting out fires, helping the CB’s and full backs. Positioning is sublime, but makes it look so easy.

Another hour under his belt and another goal. Might have taken a wicked deflection but that doesn’t suit my agenda so I’m just going to say it was going in anyway!

USE THE CODE ‘REDMENPLUS’ AND GET A FREE MONTH AT CLUB CAPTAIN LEVEL – ENDS IN 4 DAYS! 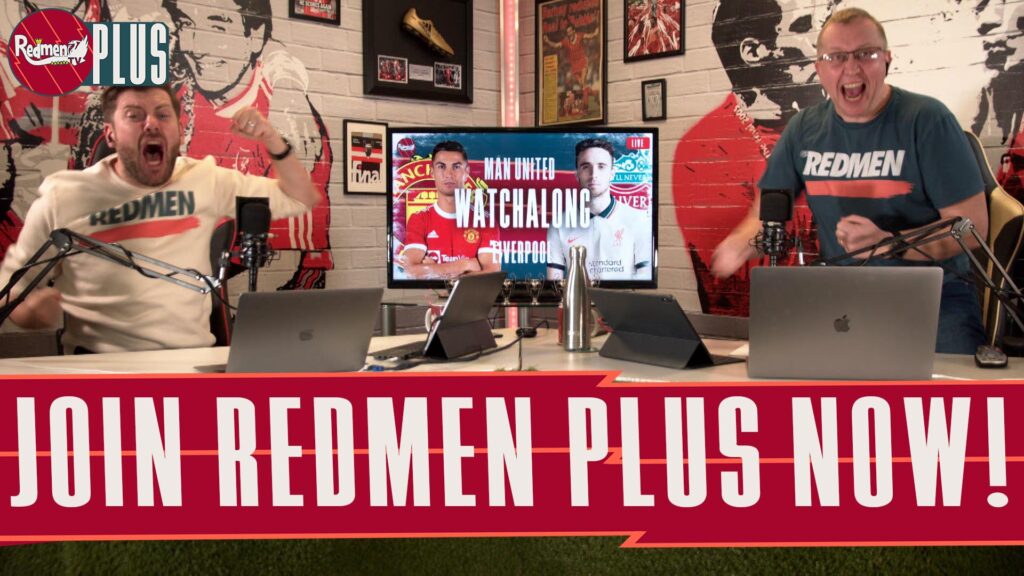 Great intent in the press as always as was part of some lovely patterns of play going forward. In fact, he had four key passes in that game so although he may not have come out of it with an assist, he played a crucial role.

No goals for Mo today but he did get himself an assist for Jota. Could have and should have had a goal though, had plenty of chances but just missed out marginally today!

Loves scoring a header that’s millimetres offside doesn’t he?! Mad that he’s just left unmarked at the back stick considering his finishing with his head is pretty decent!

Took his first goal well after being slightly indecisive moments earlier! Same again really for the second and if anything it should have been loads more. Finds himself the best positions, in bags of space but sometimes he’s just on the stretch! Should really have a hat trick though!

Didn’t lose momentum or intensity when Jimmy came on. He doesn’t fear the cold, he bloody loves it. Be having a cup of Yorkshire Tea as we speak.

WANT MORE REDMEN REACTIONS TO THE WIN OVER ATLETICO? CLICK HERE TO GET SOME!