Liverpool Football Club provided new information and feedback on the extension to the Anfield Road end yesterday as they collated the responses from local residents, business owners and fans. The results of the first consultation show that the view from those involved was largely positive.

There is a slight change in plan which means there are discussions and further proposals to implement a road which will allow local residents access on a daily basis whist also becoming a pedestrianised area on match days, ensuring the safety of the fans. As a knock on effect the car parking spaces situated outside of  the Anfield end will be lost but other parking will be provided on Stanley Park.  There is also a slight change in design from some of the previous imagery to incorporate the road. 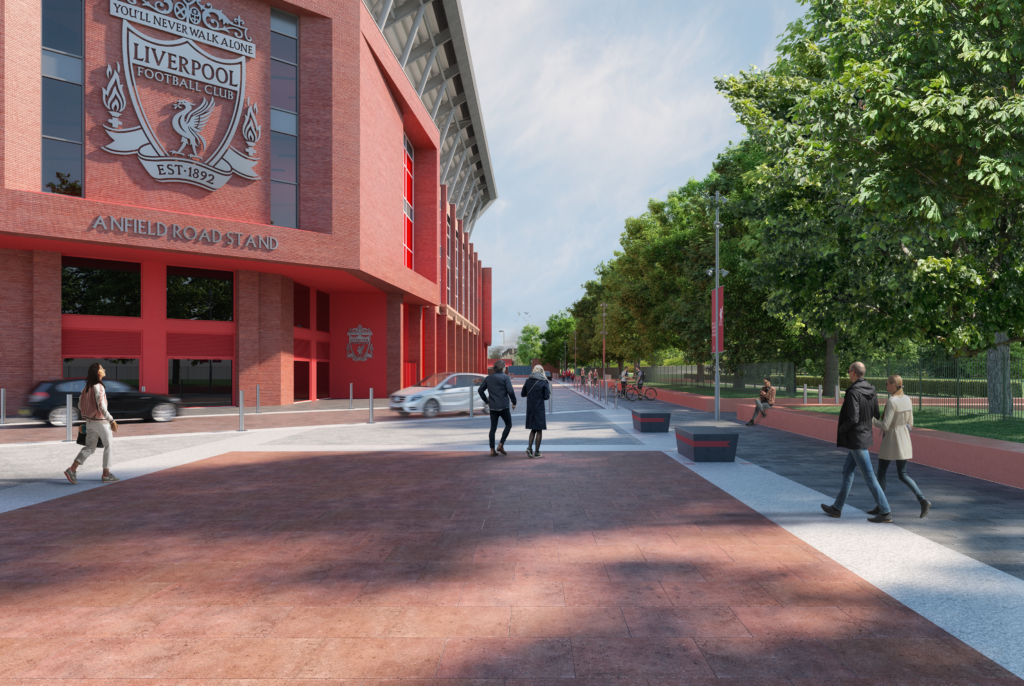 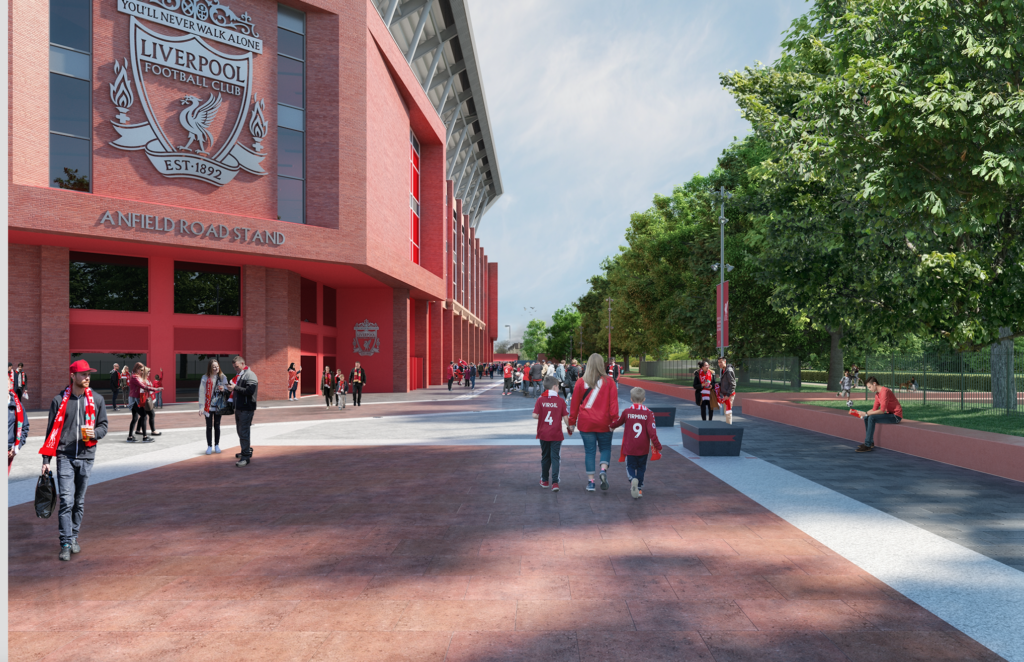 During this first stage, over 800 responses were received. The majority of the feedback was positive and supportive of the club’s vision, along with some constructive feedback from local residents on the impact of the proposed closure of a section of Anfield Road. A whopping 93% of those who attended were in support of the extension and the clubs plans to develop the surrounding areas. The club are also committed to recycling and waste management as part of their “Reds Going Green” programme and regularly review what improvements can be made on match days.

Other topics that were also covered included hosting more non football events as well as redeveloping the surrounding areas.

The club’s second stage plans now see Anfield Road realigned around the footprint of the proposed expanded Stand, demonstrating the importance of the public consultation process and the club’s commitment to the local community. The club has also progressed discussions on the design and configuration of the proposed refurbished stand. Meaning an extension of 7,000 extra seats bringing the overall capacity to 61,000. Andy Hughes described the stand as the “Baby brother” of the Main Stand. Similar in design and similar in process, the club plan to build around the back of the current stand and join the two together in time for the 2022/2023 season. Andy was also keen to reiterate that the lower tier will refurbished as part of the extension. 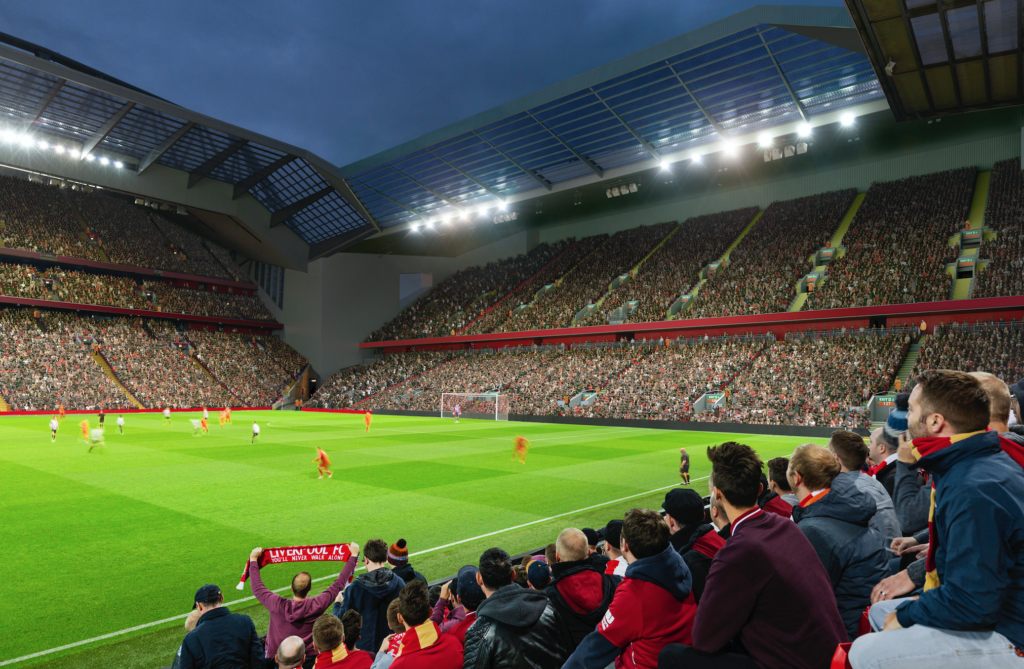 Andy Hughes, chief commercial officer, Liverpool FC said: “The feedback of our local residents has been essential to the planning process of this proposed expansion. We have been very clear from the start that we will only proceed with this project if we have their co-operation; we have a financial model which offers economic stability and we can navigate the complex planning landscape .These updated plans reflect that we have listened and we thank all of those people who took the time to share their views with us in the initial stage of this process and look forward to more thoughts on the updates we have made.” 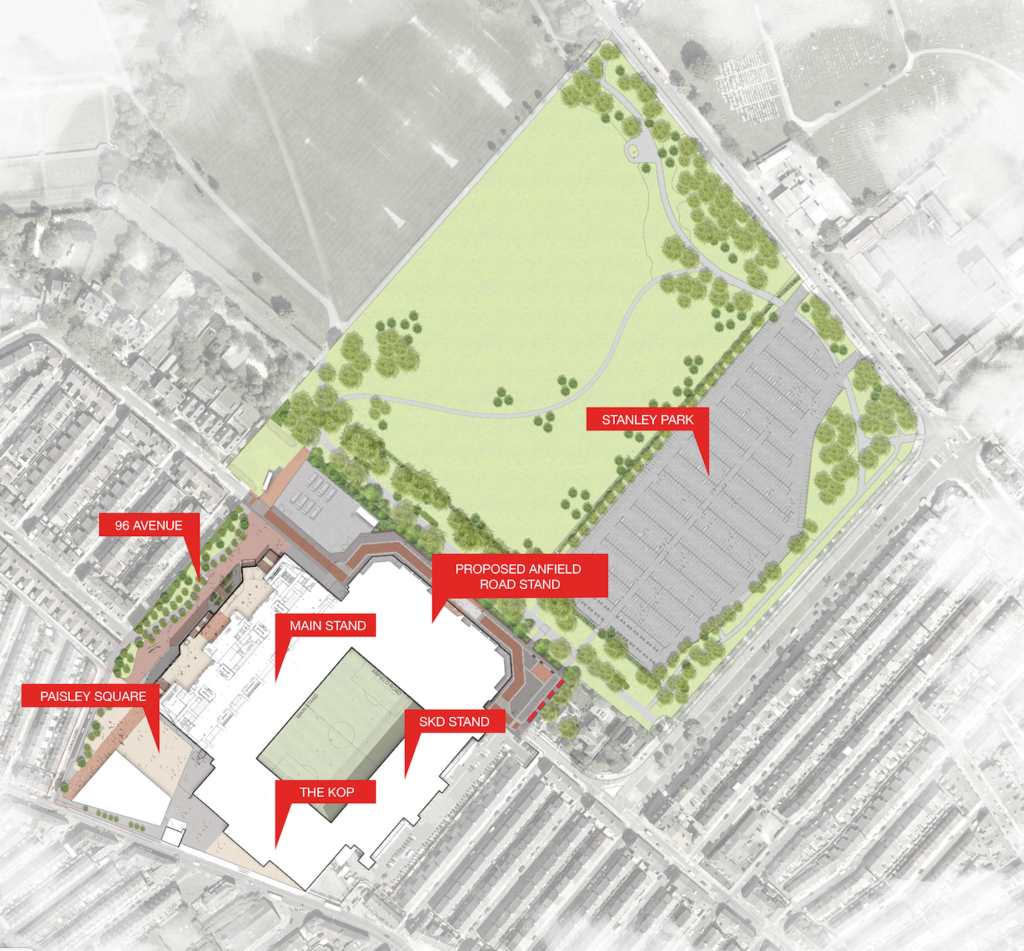 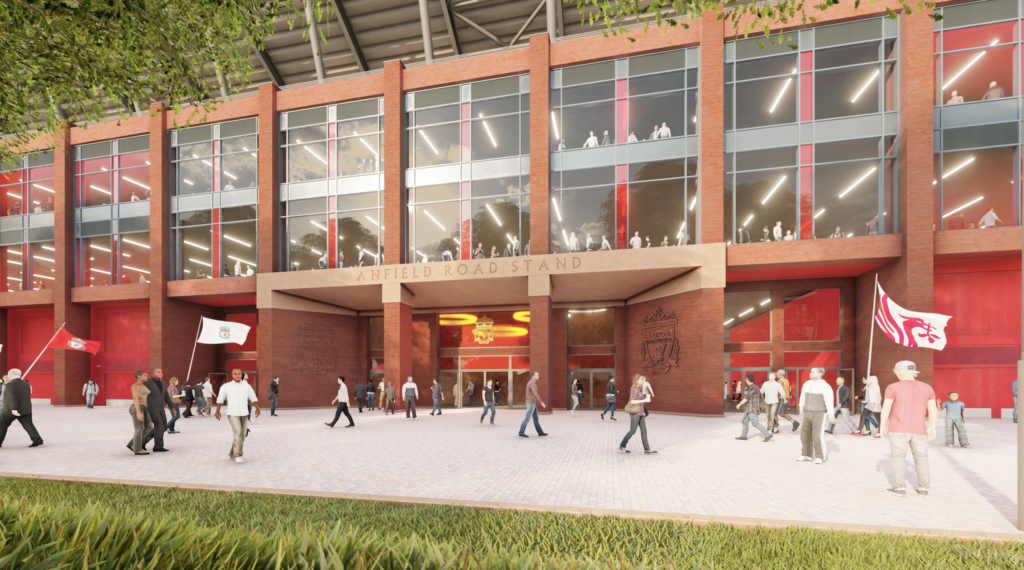 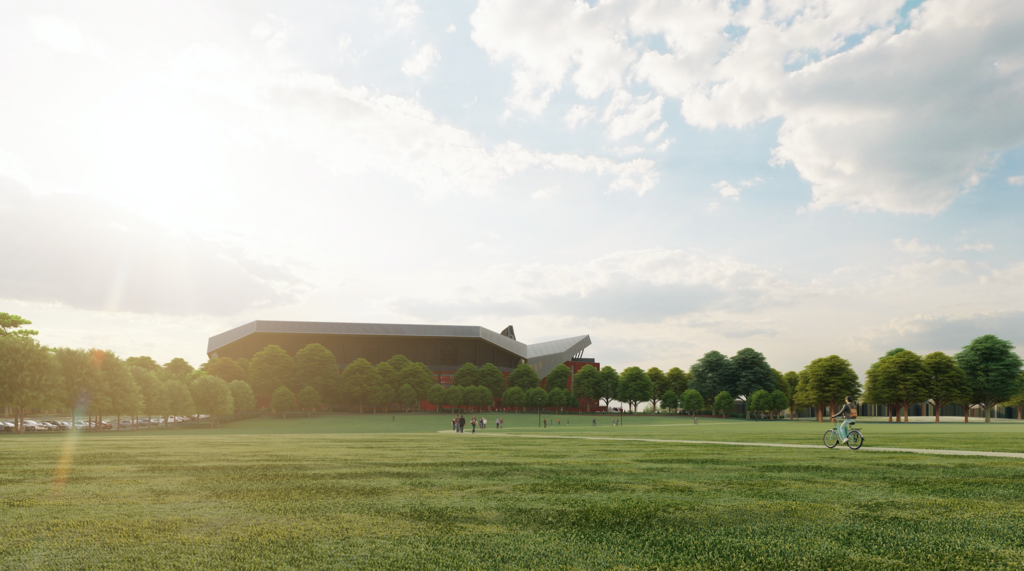 The second stage of public consultation will see three public drop-in events will take place at Anfield between 12th and 24th February, providing residents, businesses and fans a further opportunity to see the updated plans, ask questions and provide feedback before a planning application is submitted to Liverpool City Council.

The pop-up information stand at Anfield Road on:

Updated proposals can also been seen on the Anfield Road Expansion online hub at www.liverpoolfc.com/anfieldroadexpansion .

Let us know your thoughts on the proposals and any thoughts you have in the comments below.