This time they’re reporting that Liverpool, Everton and United have all entered the race for Jack Grealish but that he wants to work under Pochettino.

Thank fuck for that.

Chances are its a story leaked by Villa themselves to get Spurs to pay up the ridiculous £40 million asking price that they have set on their star asset.

We’ve been told numerous times that Fekir isn’t happening and still there’s a small part in every Liverpool fan that thinks “we might just pull it off though”.

Now it seems like the dreams are well and truly crushed as French outlet Le Progres are reporting that Lyon are ready to offer their captain a new contract for the start of the season. 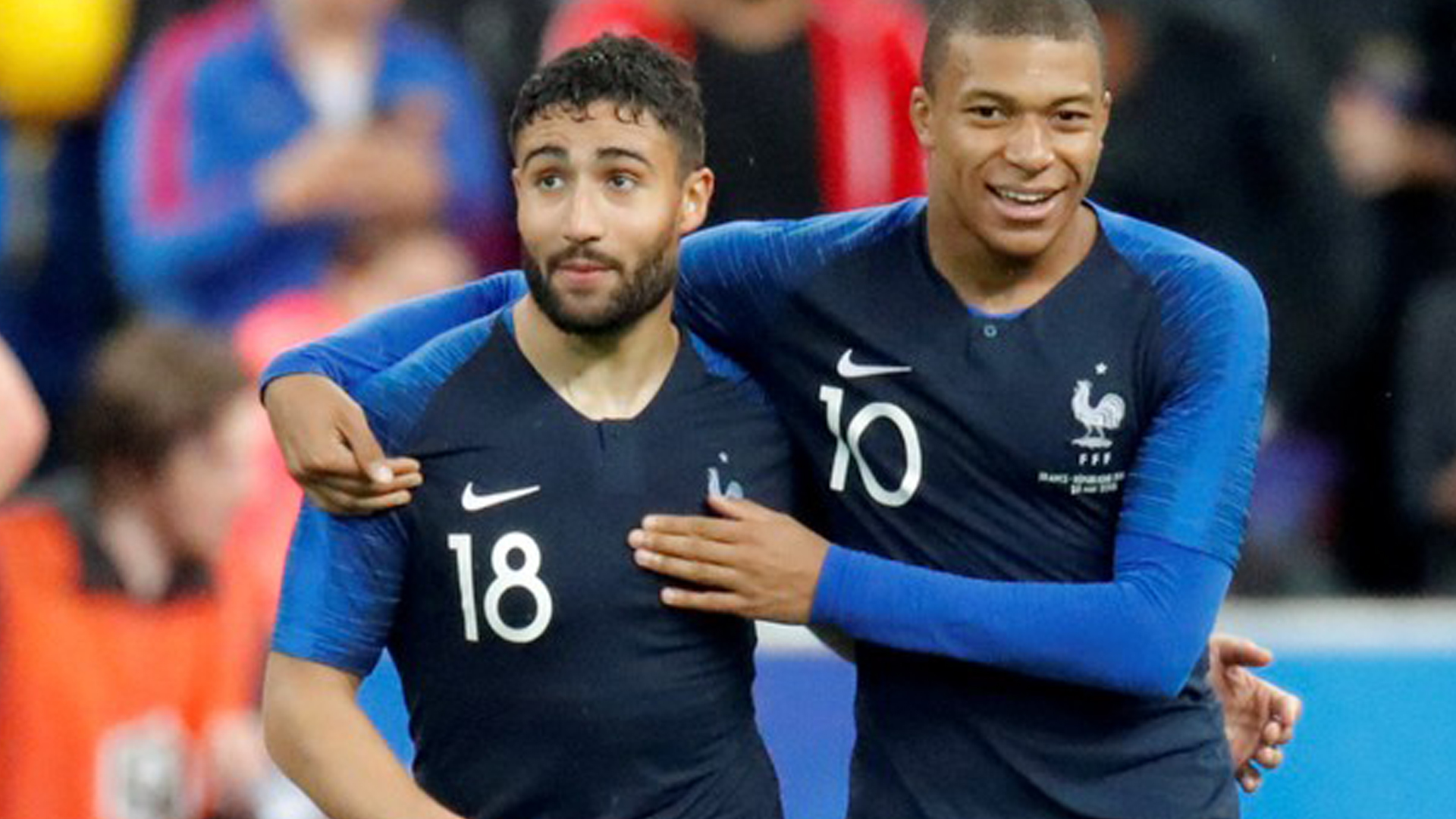 Still though…maybe we can pull it off.

How’s this for a plot twist, The Daily Mail are reporting that Loris Karius wants out of Liverpool after feeling betrayed by Jurgen Klopp who broke the world record transfer fee for a goalkeeper to bring in Alisson.

I’m sure Jurgen could say the same Loris.

It could be a load of shite – but if not the German has six weeks to find himself a new club.

It’s fair to say Karius has the backing of his fellow professionals.

First to come out in support of the goalkeeper was Real Madrid legend Iker Casillas, who believed there were more important things to be talking about than Karius. 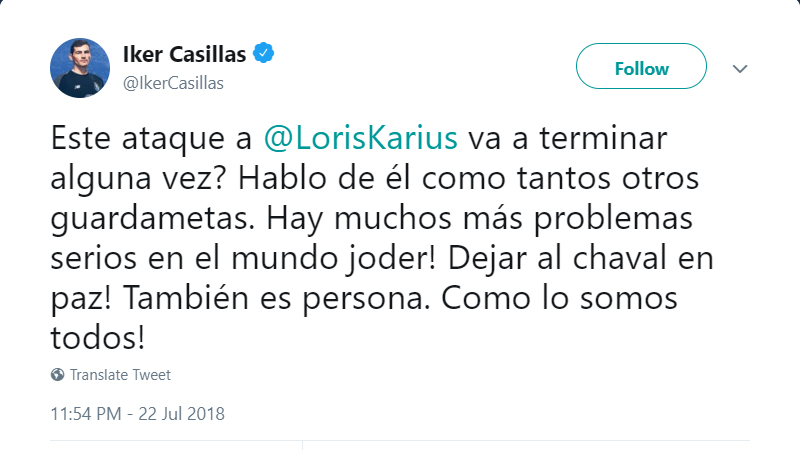 Translated: “Will this attack LorisKarius ever end? I’m talking about him like so many other goalkeepers. There are many more serious problems in the world fuck! Leave the Kid alone! He’s also a person. As we all are!”

Couldn’t have put it better myself.

Now its Mo Salah’s turn to tweet his support to Karius, 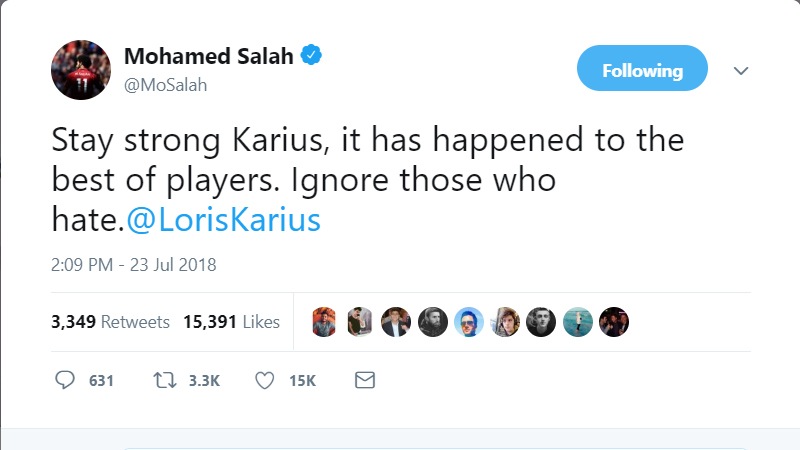 It’s good to see everyone having each other’s backs in the Liverpool camp.

Poor old Allan De Souza, despite joining the reds in 2015 he’s yet to make a competitive appearance for them and has been sent out on loan numerous times in order to qualify for the golden ticket that is…well a work permit.

Allan has spent the last few weeks training with reigning DFB Pokal Champions Eintracht Frankfurt and new manager Adi Hütter has revealed that they will make a decision on the Brazillian’s future this week.

Personally I don’t think Allan has massively impressed whilst on loan, but Frankfurt could end up being the right platform for him to show his talent and gain that all important work permit.

Plus, who wouldn’t love to have another Brazillian in the team.

12:12 – Klopp refuses to rule out future move for Pulisic

Speaking before Liverpool and Dortmund locked horns last night, Jurgen Klopp admitted his obvious admiration for young American Christian Pulisic and had this to say about him:

“I like him, it’s not that that could be the problem, but we respect contracts still and there’s no market I know about at the moment. We did our business and Dortmund are doing theirs. All good.” 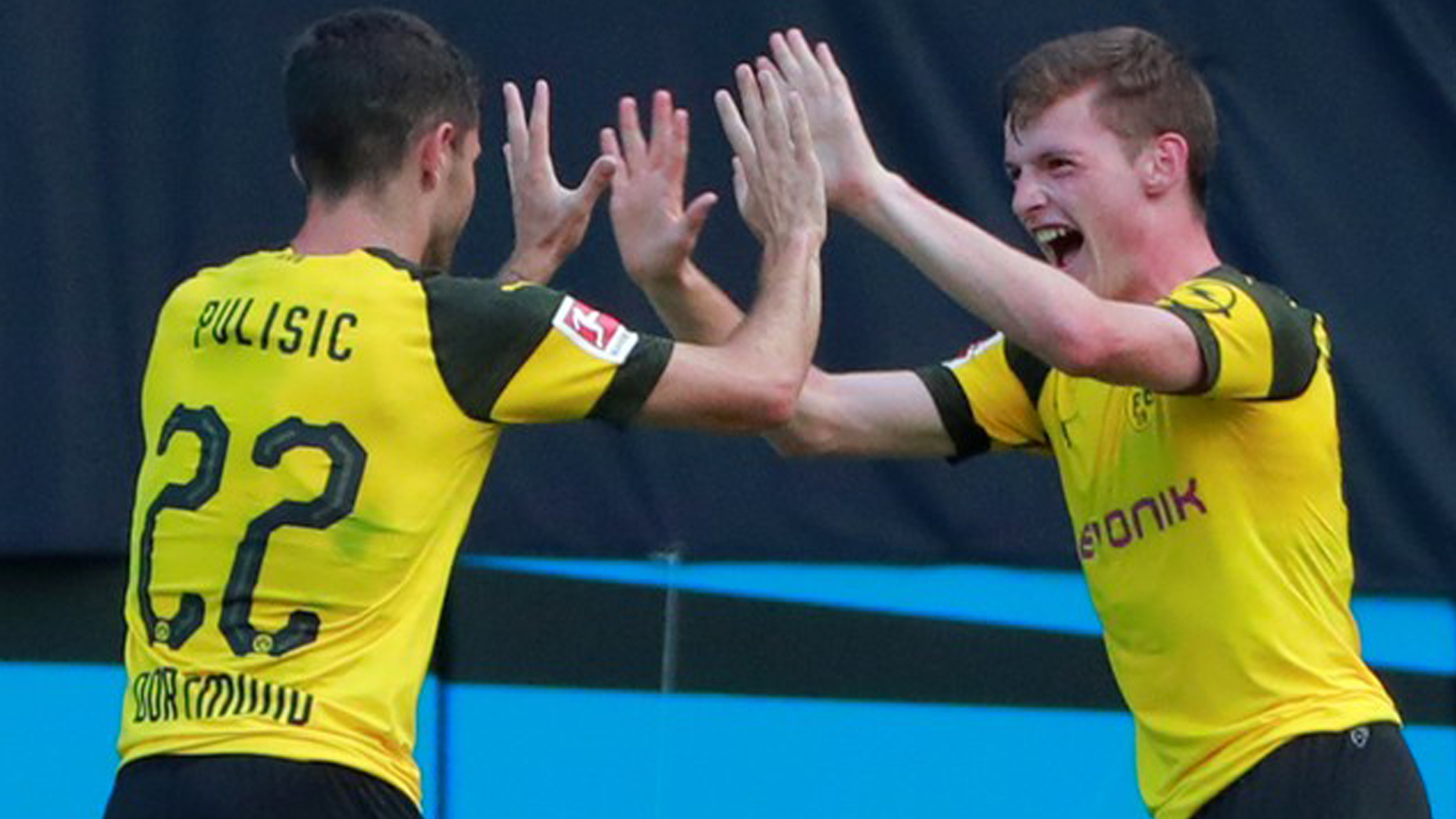 After last nights performance the Liverpool Echo think now is the perfect time for Liverpool to make their move following the failed pursuit of Nabil Fekir, writing “Pulisic is already a perfect fit as a young player who would bring goals, wide-ranging skills, versatility and star quality into a team where he wouldn’t be expected to make something happen game after game.”

What do you think? Does Pulisic alongside the other summer signings fill the Coutinho void, or should we be targeting a more established creative midfielder? Let us know in the comments below.

As promised, here’s the full video of Jurgen’s thoughts after the game yesterday in all its glory.

Go give it a watch x

So Liverpool’s unbeaten streak in pre-season has come to an end after last night’s 3-1 defeat to Klopp’s old team Borussia Dortmund.

Virgil Van Dijk gave the reds an initial lead but three second half goals – including a brace from a certain Chrisitan Pulisic – meant that the German team made it two wins out of two in the International Champions Cup.

After the game, Jurgen Klopp had this to say:

“For both teams it was obviously difficult, I think a few players after five minutes thought ‘wow, where are we here?’

It is quite difficult at the moment with these mixed line-ups; to get a kind of organisation. At the beginning Dortmund were good but then we controlled the game but didn’t create chances, we scored a goal off the set-piece, they were probably the most positive thing today.

On a day like this you have to stay strong, we have to learn off it – that’s how it is and we have to go again.”

Full press conference will be up on TheRedmenTV Youtube channel shortly