That’s it. Safe to say he won’t be our back up ‘keeper this season.

Shamal George has signed a new #LFC deal and will join @TranmereRovers on a short-term loan: https://t.co/IXEyNu5NzH pic.twitter.com/1BvCEbdz5V

Liverpool manager Jurgen Klopp has been nominated for FIFA Best Men’s Coach 2018. Klopp has obviously been recognised for his part in galvanising the club and contributing to the surprisingly successful Champions League run last season.

He does face some stiff competition. Pep Guardiola is probably the main one. He might have shit loads of money behind him but you can’t knock his ability as a coach.

Southgate has also been nominated as England stuffed Pananma, a team in their first ever World Cup, 6-1.

Turkish Football report that Liverpool are set to send club officials over to Turkey over the next few days to secure a deal for Vida which could rise to over £25m.

Can’t see it myself but you do have to think we may need more cover if Joel Matip is to carry on being made out of biscuits.

Footballing legend Iker Casillas has lept to the defence of Loris Karius by posting a video on social media. The video includes a series of mistakes by the former Porto and Real Madrid number one highlighting the fact that people are human and in fact everyone one makes mistakes.

His post shouldn’t really come as a surprise as goalkeepers are renown for defending each other when they are lambasted by pundits or the media.

So as we thought, Daniel Sturridge is very much in Jurgen Klopp’s plans for the 2018/19 season. The latest article from The Telegraph confirms what has been in our minds since pre season started. As mentioned earlier, Sturridge has played a large part of pre season so far and hasn’t been injured. It will be sound.

It also suggests in the article that Sturridge is expected to run into the last year on his contract as will Alberto Moreno and Ragnar Klavan.

One of the players set to move on this summer is Shey Ojo. Since the report last night that Liverpool are set to off load this summer, the rumour mill has been at full speed. The Hartlepool Mail are the latest (Online) paper to join the bandwagon as they report Ojo could be set to join Middlesborough for £15m.

I say the Hartlepool Mail, they are citing The Telegraph. Who are reporting that Tony Pulis wants the 21-year-old after a somewhat successful spell on loan at Fulham last season.

I’ll be honest, £15m seems like a pretty fair price to me.

Liverpool signing Xherdan Shaqiri is set to join his Liverpool team mates in the USA today. The Swiss international is returning from his holiday, technically his second one.

He won’t play any part in the Man City game but is likely to have had some training sessions under hit belt by the end of the working week.

Are you excited to see him in action and what are your expectations of him this season?

Another piece of news that broke last night. And a nice bit of news at that.

Back track only a few months ago and I’d have said no thanks. Broke stays broke. But I’ve done the same thing I do every year. I kid myself that he’s fine, that things will be different, that his injuries will stay away. Well, things might be different. 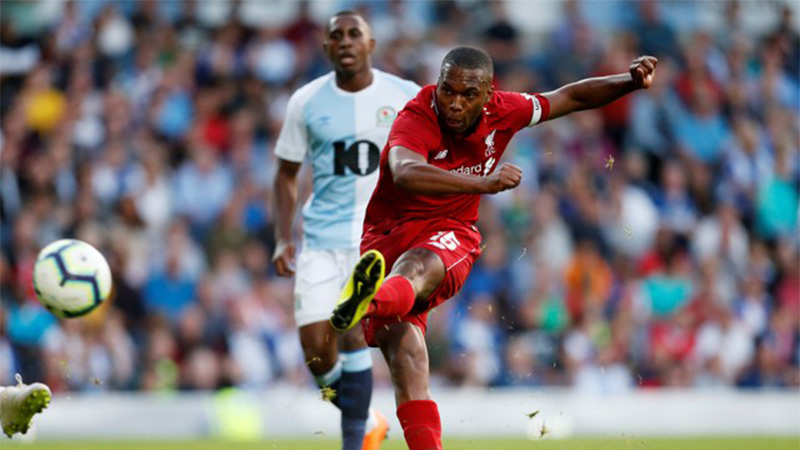 Here’s why; Over previous seasons we have relied heavily on Daniel Sturridge to produce goods and have constantly been let down by his injuries. As has he. But now we have options. If he isn’t fit and unavailable we just change things around. We have seen both Bobby and Mane adopt a slightly deeper role towards the end of last season leaving Mo as a sort of outlet.

Xherdan Shaqiri is the other alternative to not having Sturridge. Something we’ve not had before. Not ideal, but the point still stands. We have covered ourselves for a worst case scenario.

And the final point is that his form has been pretty incredible this pre season. I shouldn’t get carried away. But I will. I eluded to doing this before, but he looks so sharp, his attitude is right and he seems to have struck up some rapport with Naby Keita.

I get we’ve only played lower league opposition and Dortmund so far, but I’ve never doubted his quality, just his fitness.

Let me know it the comments below, am I being naive? Hopefully someone out there is on the same page as me.

Just a few points I wanted to fire through before we get going. Firstly Joel Matip is on his way home from the USA. Surprised? Not really. But it does bring up an interesting point of discussion.

Personally, I feel this transfer window has been unreal. But am I greedy or needy if I still think we need another CB? It often comes up that Liverpool play intense and demanding football. Given the amount of games we play, our style of football and factor in the injury record of Gomez, Lovren (Who isn’t even back yet), Matip and Klavan and I think it can be considered a reasonable thought.

It is also worth noting that we don’t know the extent of Clyne’s fitness and how he will get on this season, if he is out for long periods does that mean Gomez will be required for RB? Therefore putting more pressure onto CB’s.

Let me know your thoughts.

Which leads me onto the next bit of news……

Origi one of seven players who could leave #LFC before deadline day. Club could raise up to/over £70m from sales before end of window. https://t.co/VUGISda9cv

Well worth a read this article. Liverpool are hoping to raise a lot of funds by selling the likes of Ings, Origi, Mignolet and Markovic. Could that mean more funds for a CB? Or dare I say it, Fekir? I haven’t a clue but it seems a pretty ruthless clear-out to me. And we still don’t know whats going on with Kairus. My hunch is that Klopp will stick with him but you can’t help think otherwise if you read anything into his comments from Sky in Germany.