16:30 – Liverpool linked with Serie A midfielder

Liverpool have today been linked with Nicolo Barella. According to The Express the Reds are supposedly interested in the midfielder who currently plays for Cagliari and is a target for a number of clubs in Italy. I don’t really believe this rumour to be honest considering Klopp has come out and said he is happy with his options in the squad and the fact he is not making a move for Nabil Fekir tells me he is not looking to bolster the midfield anymore this window.

Look at him, just look. This makes me so happy and I cannot wait to see him in action against Napoli at the weekend.  The Tweet also has a link to an article in which Alisson says he already feels at home and that he has settled in. All music to my ears!

It certainly looks like it! And it looks like we are just waiting for an announcement! I would love to know your thoughts on this. Do you think a loan move was best for Ben Woodburn or would you rather him stayed around Liverpool?

Good luck to @BenWoodburn who’s headed to Sheffield United on loan. Bags of talent and potential. Hope he has a cracking season. pic.twitter.com/FZk24CN7sU

Liverpool fan and Talksport co-host Micky Quinn believes that Dejan Lovren is the only thing stopping Liverpool from ‘world domination’.

…if we can get rid of _______!’ 👀@MickQuinn1089 says #LFC need to replace just one regular starter to take them to glory in England and beyond 🚀 pic.twitter.com/KAsR4UgV9K

In my opinion Lovren deserves his place in the starting XI just as much as anyone else, he’s had his moments in the past but he’s been to a Champions League and World Cup Final in the space of two months.

Obviously we could see another Lovren implosion but next to Virgil Van Dijk, the Croatian looks composed and his performances have certainly reached a new level.

Sheffield United that is. Sorry.

It was thought Woodburn was off to Aston Villa but according to the reliable Paul Joyce, Sheffield could be his next destination.

Yep, you guessed it, Joey Barton has an opinion on something but this time he’s got nothing but nice words for Liverpool Football Club.

Speaking on Talk Sport Barton was asked about his thoughts on Liverpool:

“I honestly think they could get really close to their first title in 20-odd years. It will be really close.”

“When we look across Stanley Park, no matter what any of us say, and see the big German (Klopp, not our hot dogs) the style they’re playing, and the way they have invested again it’s nervous times for Evertonians.”

People have mixed opinions on Joey Barton but at least he’s honest.

Picture this, Charlie Adam accusing someone else of not pulling their weight. In fact, don’t imagine it. It’s happened.

Adam was in conversation with Matthew Upson in what can only be described as the BBC’s F team. Everyone else was busy and these guys must have been the only ones with a free diary.

Adam said “He has got it in him, but he probably knew we were going to get relegated, he was going to the World Cup and had this big move this move was probably done three, four months ago.

“He is a match-winner, but at times it was difficult to play in the same team. The manager would let him get away with certain things.”

Make of those comments what you will but I find it really difficult to take if from someone who was referred to as ‘Rab’ from Rab C Nesbit when he was at Liverpool!

I won’t take too much from this article because you should just head over there and read it yourself. Neil Jones from Goal.com got the chance to sit down with Jurgen Klopp whilst away in the USA.

The pair cover several subjects including the development of youth, how Klopp wants to incorporate them in the future and the importance of the new set up in Kirkby.

“Look, Melwood is a really great place, historic. I love it. The problem is we are really separated. It’s not far from Melwood to Kirkby but it’s too far, and so I cannot watch youth games. And I’m 10 or 12 hours a day at Melwood, so I have time to do that if I could. Between meetings, I could easily go and watch a game or a session, and then I would see the players earlier. Not only me, but the other staff as well.”

Honestly go and read the whole thing, its well worth your time. 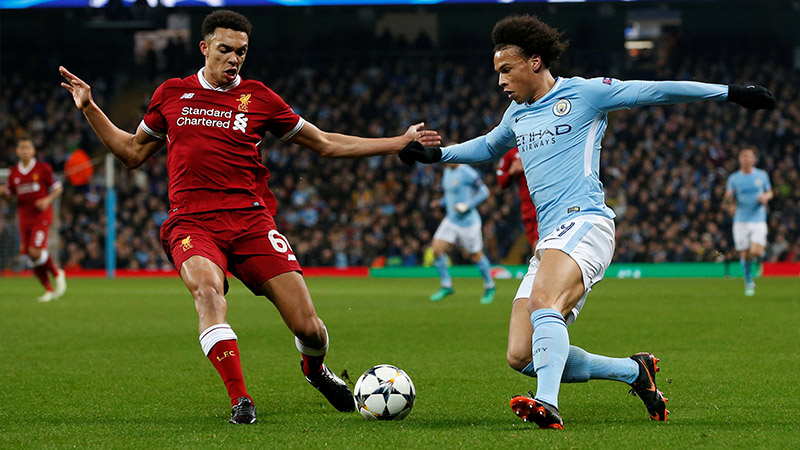 Just a reminder of the squad that has travelled to France really.

Notable absentees are Lovren, Mignolet, Woodburn and Henderson. Lovren and Hendo presumably because they played so much in the WC. Woodburn currently trying to sort out his future with Aston Villa the rumoured favourites and Mignolet could also be on his way out before the window closes.

Only one place to start this morning and it’s a bit of news we’ve all been expecting. Sadio Mané is reportedly in negotiations with the club to sign a new contract. Now there’s obviously a bit of encouragement this will happen in my opinion with Firmino and Salah having already committed their futures.

IF we can get Mané to complete the trio is is not only great news now, but it also quashes any rumours that may develop throughout the season. It’s also a middle finger towards the likes of Barcelona and Real Madrid.

Rewarding Mane’s dazzling progress with a new contract, making #LFC a final destination rather than a stepping stone for top talent and Klopp on why replacing Coutinho was impossible. https://t.co/avyXPRAJXH

Morning, Reds!! We are another step closer to the transfer window closing which will mean one of two things. Either the rumours and bullshit will ramp up OR it will all die down and we can all carry on with our lives. I know what I’d put my money on!