Here is your monthly roundup of Liverpool Women’s fixtures for January, what we have to look forward to in February and any other news relating to the team!

Our first game of the new year came against Brighton & Hove Albion at home, unfortunately, it ended in a 2-0 defeat thanks to goals from Rafferty in the 31st minute and Umotong in the 48th minute.

The performance from the Reds was not the best we had seen this season and I think one too many prosecco over the Christmas period may have had a part to play. We always looked one step behind the play and could not really cause any problems for the Brighton defence.

Our next game came away from home to Yeovil, it was important that Liverpool came away with the three points in this match against the bottom of the table side and that is exactly what they did.

Courtney Sweetman-Kirk was the star of the show with her grabbing both goals in the match, the first one being from the penalty spot on the 27th minute. Yeovil then equalised just after the break thanks to Donovan but the Reds didn’t give up and in the 92nd minute Courtney Sweetman-Kirk got the winner that sealed the all important three points.

Fast forward to two weeks and one international break later and Liverpool were facing West Ham Ladies at home. It was vital that Liverpool picked up from where they left off against Yeovil and continued their winning ways as February and March have a lot of tough fixtures in store for us.

The game against West Ham was probably our best performance of the season so far, we had the majority of the possession in both the first and second half and even though it was a very scrappy game, we managed to fight our way through their defence and after a brilliant cross from Laura Coombs who else but Courtney Sweetman-Kirk at the back post to fire us ahead.

This win took Liverpool level on points with the Hammers in the table and only two points off sixth place Reading, it also means that there is an eight-point gap between us and Brighton which is a good lead to have.

Coming up in February

Only the two games for the Reds in February.

First up we have MK Dons in the Women’s FA Cup this coming Sunday. MK Dons are in the South Women’s league and currently sit in 13th place having only won four games this season. I’m expecting a win for us but you never know in these cup competitions.

We then face Arsenal at home. This will be a tough fixture for us as the Gunners have been performing brilliantly so far this season and currently sit second in the table with one point keeping them off first place. We suffered a 5-0 defeat away from home when we played them on the opening day of the season so we will be hoping for a different result this time.

This month we saw the return of Liverpool midfielder Ashley Hodson after she suffered an ACL injury back in May and has been out of action for around 8/9 months. She managed to get some minutes in an Academy match last weekend so hopefully, she will be back amongst the first team sooner rather than later.

We also saw a new face enter the team, Jemma Purfield signed her first professional contract with Liverpool having graduated from Arizona State University this past summer. I’m sure every fan will agree that they are looking forward to seeing her on the pitch and it could potentially be in this Sunday’s upcoming FA Cup tie. 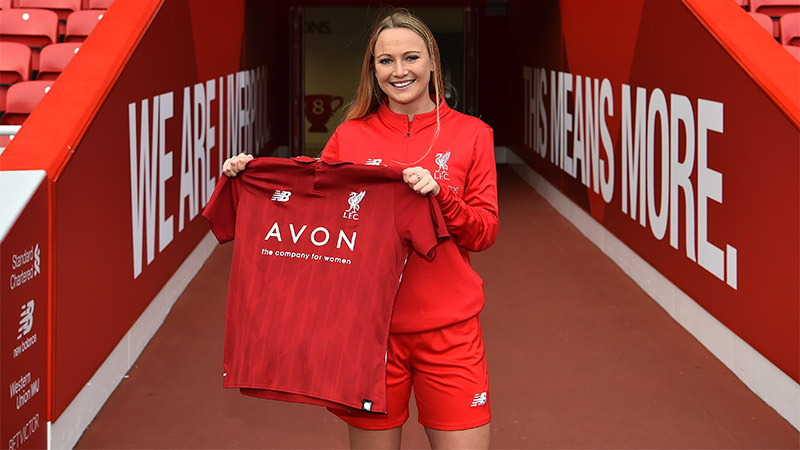 This has been your monthly round-up for January, we’ll be back next month with hopefully a video version. In the meantime, check out Amy’s matchday vlog from the win over West Ham!