Liverpool fell to 3-2 defeat at the Deva Stadium in Chester on Thursday evening against title contenders Arsenal who returned to winning ways in the League after two consecutive defeats.

It was Arsenal who started the better as Jordan Nobbs had the first sight of goal as she was brought done by Sophie Bradley-Auckland before her low free-kick sailed just wide of the target.

However, the Reds did take the lead on 14 minutes when Rinsola Babajide raced on to a Rachel Furness ball over the top to keep her composure and slot the ball beyond Pauline Peyraud-Magnin in the Gunners goal. 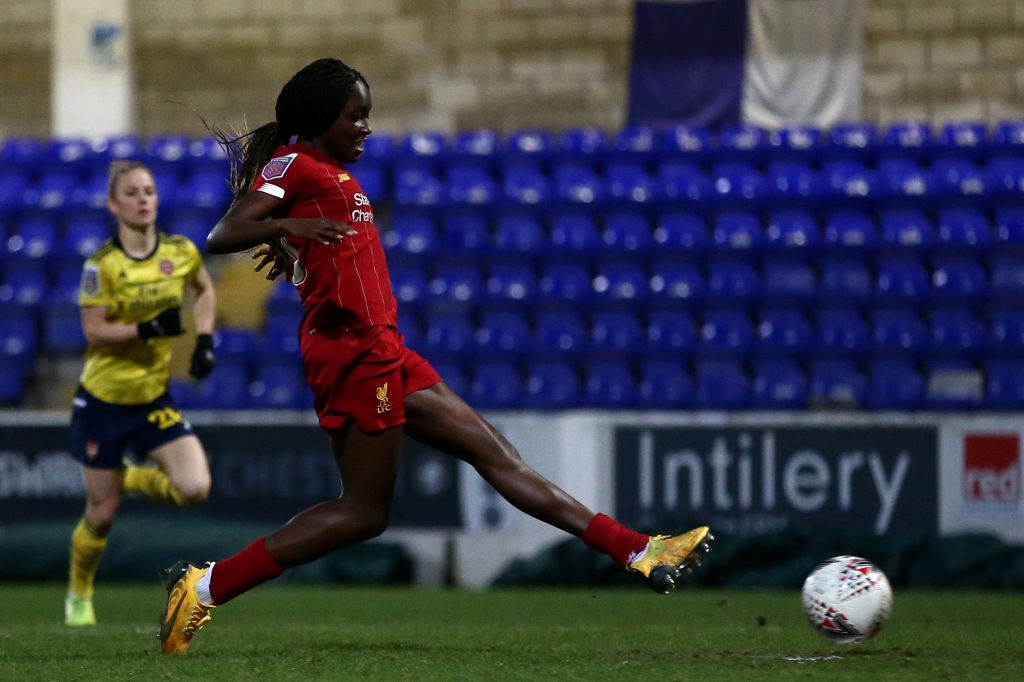 Nobbs then had another effort on goal on 21 minutes as Beth Mead played the ball into her and the Captain in the absence of Kim Little fired her effort wide of the target.

Arsenal however did get their equaliser when Vivianne Miedema who hadn’t scored in her previous 4 League games met a Beth Mead cross to fire in off the underside of the crossbar.

Liverpool were left furious in the lead up to the equaliser as manager Vicky Jepson felt that Kirsty Linnett was fouled in the buildup.

It was then 2-1 to Joe Montemurro’s side two minutes later as Lisa Evans whipped a cross into the head of Nobbs and she picked her spot perfectly sending it low into the bottom corner of the net.

Arsenal were then really getting into their stride as Evans was played in but before she could pull the trigger Niamh Fahey was across to make a terrific block.

However on the stroke of half-time Liverpool equalised when Northern Ireland International Rachel Furness fired in a stunning strike.

Furness was picked out with an excellent pass from Niamh Charles as Evans couldn’t clear her lines and Furness thundered a strike high into the roof of the net.

Arsenal were then dealt another injury blow on 55 minutes when Mead was forced off with a knee injury following a collision with Leighanne Robe and was replaced by the returning Jennifer Beattie.

Beattie then found herself in the book four minutes after her introduction when Linnet broke free from the challenges before being taken down by the Scottish International.

Montemurro’s side then created another chance on 62 minutes when Evans low cross tried to pick out Katie McCabe but the Republic of Ireland International didn’t attack the ball and it came to nothing.

Miedema then had another good opportunity when she was found on the edge of the box but her low effort was well saved by the legs of Preuss.

It was Miedema again a minute later who had a fine opportunity when Preuss pushed a cross away onto the strikers feet but she couldn’t sort them out in time and that allowed Bradley-Auckland to clear any danger.

It was then the turn of Peyraud-Magnin to come to Arsenal’s rescue as she punched a Jade Bailey corner away at her near-post before Viktoria Schnaderbeck cleared the danger away. 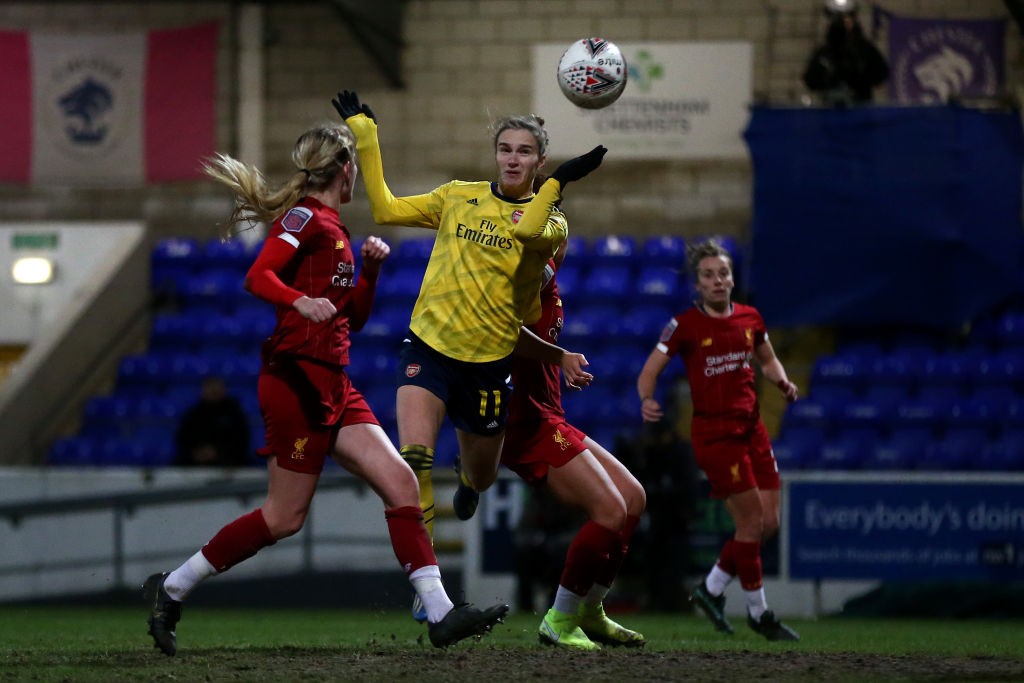 However, the Gunners did retake the lead on 78 minutes when Leonie Maier whipped a superb cross into Miedema and she stooped low to head the ball into the net to the relief of Montemurro and the travelling supporters.

It was Babajide who then had another chance to equalise for the home side as she cut inside before her effort was well saved by Peyraud Magnin in the final piece of action in the game.

It may not have been three points that Liverpool had hoped for but there were certainly plenty of positives to take from the performance.