Annnnnnnnd relax! You can’t help but get tense in the build up to these games. Even more so when Sky have been pushing the narrative that we stuff them every time we play them at Anfield. To be fair we did that a bit too…..

Defending against Liverpool is not easier than Burnley.

When will opposing players, managers and staff fucking learn eh? Sokratis probably meant well but keep it to yourself mate. I fully expect that that headline was put on the dressing room wall. Keep giving the Champions of Europe all the motivation you want. 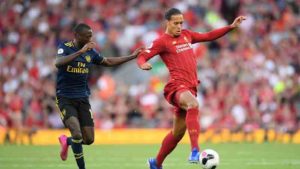 I also expect he’s gone for a long lie down after being torn to shreds for 90 minutes. Liverpool were dominant as usual against Arsenal at Anfield and it could of and should of been a lot more. I thoroughly enjoyed that performance and I’ve only come away slightly disappointed it wasn’t more! First world problems eh!?

It can often be a game of chess or mind games when facing the top six sides, particularly in the early stages of the games. Arsenal opted for a diamond which was, I think, supposed to overrun our midfield and ask questions of our fullbacks. 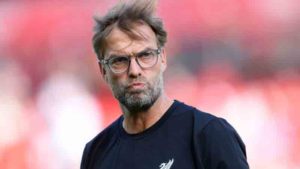 In truth is backfired massively. Klopp stuck to his guns and Liverpool dominated that game for large periods. Yes, there were a few arse clenching moments but for the majority of the time Unai Emery and his side gave two of the best full backs – with terrific delivery – all the time in the world. It was only a matter of time before we scored.

Klopp has had his number a few times now and he’s done it again!

Yep it’s about time. Not just for his goal, not just for his bat shit crazy celebration this other week, for everything else. Virgil reaps a lot of praise and rightly so. But Joel Matip’s form over the last eight months has been tremendous. A prime example of how a player can put niggling injuries behind them, how someone can have an upturn in form and consistency.

Naivety often gets the better of in most situations but I still always fall under the trap of “Oh he will be injured soon.” Or “He’s due a bad one” and I shouldn’t he’s proven many doubters including myself wrong. He is one of the main reasons why Dejan Lovren has dropped to fourth choice. That and Gomez. And Dejan’s brain farts.

Anyway Matip has been sensational in my opinion and I just wanted to tell everyone.

Not really learned this. Just wanted to get it in.