Poor first half from Liverpool there. The high line was caught out too many times and City could have had more. Arguably Liverpool should have had more too had they been clinical. Much better in the second half and somehow we didn’t win it. We hit the bar, the post, had shots cleared off the line.

Ultimately, penalties had to separate the top two from last year with Gini being the only player to miss one. Just a big 50p anyway.

He won’t want to watch that goal back, Sterling scuffed his shot and Alisson scuffed his three attempts to get it. Was tested a few times after that and kept his cool, which you come to expect from him!

Not his best game by a long stretch. Has to be more defensive against City which I get but he was exposed quite a few times. He’ll have been made up to see Sané go off, but then he had to deal with Sterling.

Seven may seem high but despite Liverpool playing a high line and consistently being beaten I thought Gomez was OK. Moved to right back for the last twenty-five minutes and did well to cover on several occasions.

He will be annoyed with that first half performance. Bit of a subdued performance by his high standards but still popped up with an assist. Calm as you like. 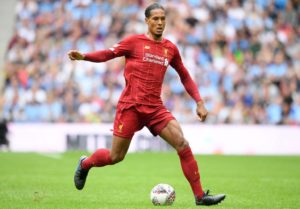 Like Trent he has to be more reserved in the way he goes forward which obviously reduces his creativity. Not much to write home about for Robbo today unfortunately.

The whole of the midfield was non existent in the first half and didn’t get much better in the second, really quiet for Fabinho, he looked a bit leggy to be fair!

As mentioned, midfield poor all over. City were all over us and we looked outnumbered. Glorified friendly or not you expect better.

One of those games Gini sometimes has. It’s sound being boss against Barca like but needs to be consistent. But City were dominant in midfield for the majority.

Hardly had a pre season and looks sharp in terms of fitness and his touch, just needs to work on his finishing and his decision making in that final third, which will come.

Considering he’s hardly been around for pre season I thought Bobby was decent. Not his best either but I was worried about his sharpness, which looks ok. A few nice touches and high press which is standard for Bobby. 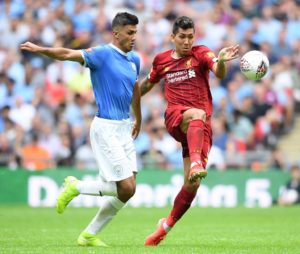 Very quiet from Lord Divock today. Needs to be more penetrating for me down that left hand side, gets into the right areas but not clinical enough.

Low score but wasn’t on for long and he could have had a goal! Some vital minutes for him and like other subs used today he brought energy and tenacity to the press.

Calm, composed and bagged a goal. What more can you ask for? 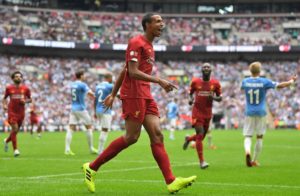 Nice injection of energy and great to see him get some game time. Particularly in a period of the game in which Liverpool looked to dominate.

Wasn’t on for long and did little, not his fault like! Still like some others, was important minutes for him going into a huge season.

Not on for long either but offered an outlet on numerous occasions and created a headache for City. Unlucky not to score either.

Let me know what you think in the comments below. It’s been a while so I had to clean the dust off the keyboard for this.