Liverpool v Porto | A Look At The Opponent

For the first time since the formation of the Champions League, Liverpool have won their opening four games of the group stages meaning qualification as group winners has already been secured ahead of Wednesday’s clash with FC Porto.

Liverpool’s visitors however have got everything to play for as they sit in a pretty position in Group B, currently in second place a point ahead of Atletico Madrid.

No matter what happens for the Dragons at Anfield, they will quality for the knockout stages if they are to beat Atletico in the group finale, but against what is expected to be a depleted Liverpool side, manager Sergio Conceicao will sense this is a huge opportunity for his team to potentially secure qualification/ give themselves the best possible chance (subject to affairs in battle between Atletico and AC Milan).

The reverse of this fixture was a comprehensive victory for the reds, winning 5-1 in Portugal. Porto did not turn up that day and were taken to the cleaners by a far superior team, but their three results in the other Group games have proved just how resilient they can be on their day, conceding just once against Milan in two games whilst holding Atletico to a goalless draw too.

On that miserable evening for Porto against Liverpool, the defensive structure was non-existent but in fairness to the Portuguese giants, the likes of Mbemba and Marchesin were missing, both of whom are expected to start on Wednesday night.

Fortunately for Liverpool’s visitors, it was cup duties on Saturday and an impressive 5-1 victory against Feirense, a game in which Porto were able to rotate and rest crucial players ahead of their Champions League fixture. On the bench was Wendell, Sergio Oliviera, Toni Martinez and crucially Luis Diaz, by far and away Porto’s biggest threat.

CHECK OUT OUR OPPOSITION PREVIEW WITH PROXIMA JORNADA

Get yourself a FREE MONTH OF REDMEN PLUS! 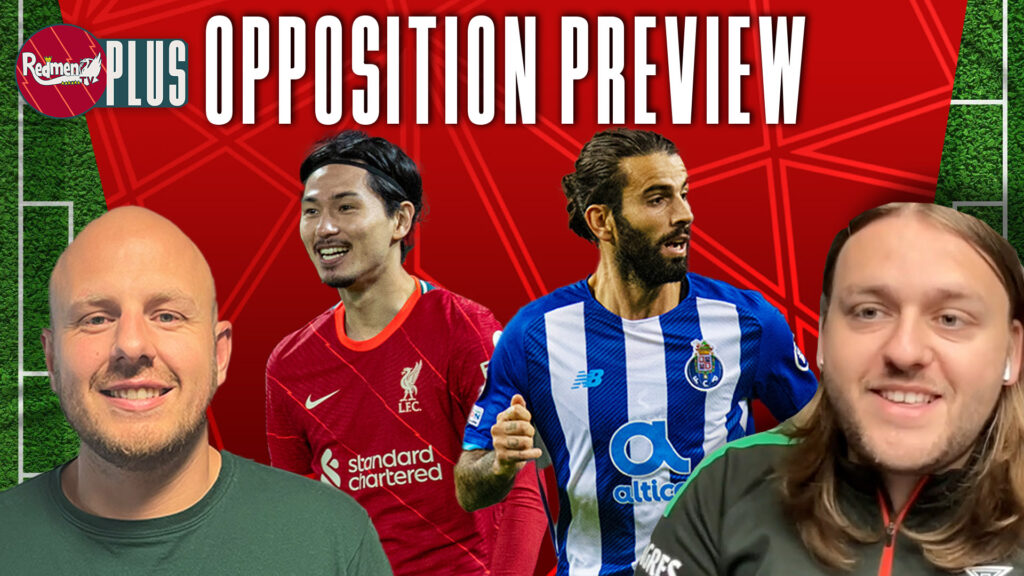 Diaz caused Liverpool problems in the 5-1 defeat despite the scoreline, and if key player Trent Alexander-Arnold is potentially rested for this one, replacement Neco Williams could be in for a tricky night against one of Europe’s finest prospects. The Colombian international brings bags of ability, flair and directness.

If Porto were to progress in this competition, he is the type of player that could quite definitely win them a tie and expectations are that several European heavyweights are expected to make a move for him either in January or summer, with the reds even being linked too. Linking up with Mehdi Taremi, Porto will carry an attacking threat to Anfield and definitely fancy their chances of stirring some brilliance.

Ultimately, Porto were written off when the draw for the group stages was made, but so far they have thrived off the adversity surrounding them and put up a valiant fight. I wouldn’t be surprised if Conceicao altered his tactics ever so slightly for this one. Normally when visiting Anfield, dealing with the inevitable threat of Salah, Mane etc is the priority but with some inexperienced first teamers likely to be featuring, applying a press and putting Liverpool on the back-foot could work very well. It’s been spoken about several times how Klopp values the importance of Champions League wins from an economical point of view so although many are asking for a youthful XI that will most probably not come, but he will be hoping that his team come through this unscathed ahead of Southampton. It undoubtedly has the makings of an off the cuff thriller at Anfield.