After watching West Ham’s encounter with Manchester City on Wednesday, confidence couldn’t be higher for this game after the Hammers put up a quite embarrassing fight at the Etihad. David Moyes’ pessimistically set his side up in a 5-4-1 formation, setting out to prevent City from creating chances and potentially catching them on the break.

Neither of these ideas worked however, as West Ham struggled to cope with the likes of De Bruyne and Silva, whilst having nothing going forward. A 2-0 defeat did not reflect the balance of play, and on another day it could quite easily have been 5 or 6. An interesting theme that emerged from the game was the quality of West Ham’s bench on the day.

In a relegation battle, sometimes things just don’t go your way, whether it’s refereeing decisions or unfortunate mistakes, but when you have a bench consisting of: Darren Randolph, Fabian Balbuena, Pablo Zabaleta, Manuel Lanzini, Jarrod Bowen, Felipe Anderson and Sebastian Haller there really can be no excuses. West Ham arguably have a better squad than at least half  of the sides  in the top flight, and with just 12 games left, Moyes needs to find a system which can fit these players in, as that quality in the final third will make all the difference in the tight encounters against teams around them in the table.

Despite this, the game at Anfield couldn’t have come at a worse time for West Ham. The Irons know that Liverpool’s domestic form is almost impeccable, yet in my opinion, the defeat against Atletico Madrid in mid-week simply fires Liverpool up more, with West Ham being the unfortunate recipients of this undoubted response.

Albeit from opposition fans, the reds have faced some unfair criticism from that game, and although the players will be incredibly focused on winning the next 5 games and securing the league title. I suspect that West Ham will deploy a similar system here though, aiming for damaged limitation as opposed to having any real ambition of winning the match.

For Moyes however, he should definitely look at changing the personnel for this one, with players sat on the bench that could hurt Liverpool. It is incredibly difficult to predict who will start for the visitors, but whatever the XI, you’d think that this will be an uphill struggle for West Ham from minute 1. 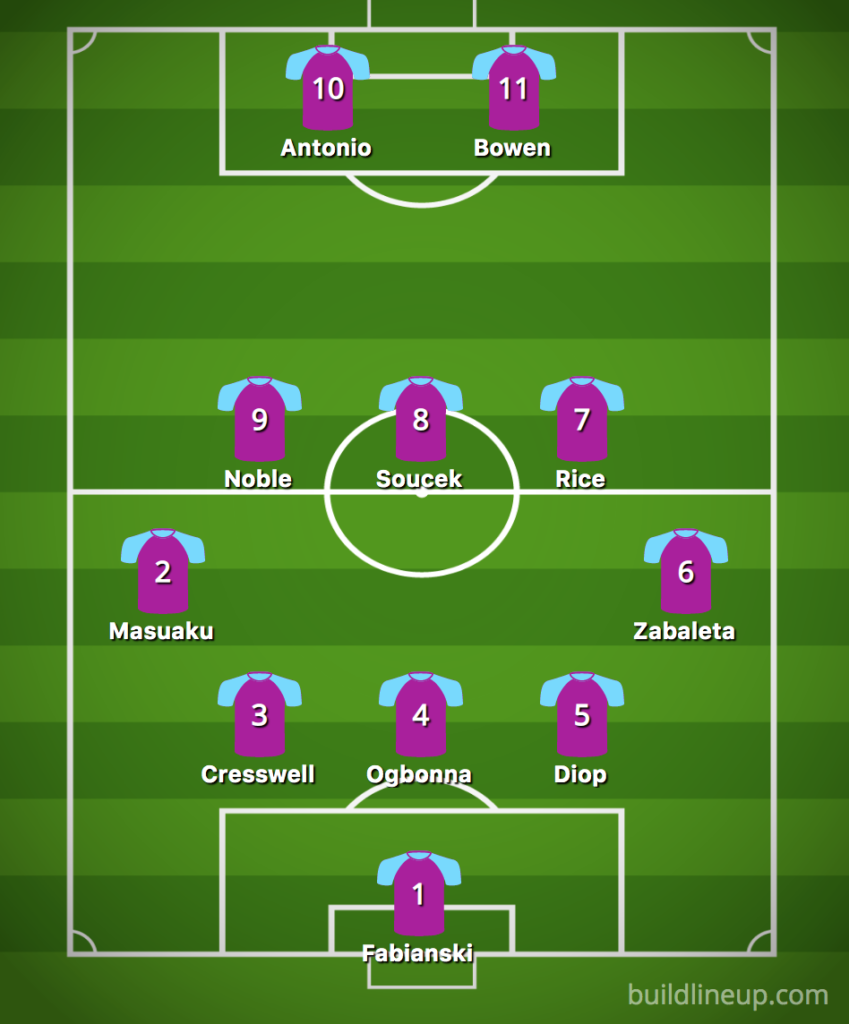