Liverpool vs Huddersfield | Things We Learned

Liverpool back on top of the table after a 5-0 win over Huddersfield at home.

A perfect result in my opinion.

If you were going to score five in any game this season, it was this one tonight. Coming up against a relegated Huddersfield at home with only 2 games left afterward and a league title to try and win, it was obviously going to go well.

A good performance from the Reds, that goal in the first 20 seconds from Naby Keita just helped the team and the crowd out so much and I was hoping we’d score another shortly after but either way the team continued to push for the full 90 minutes and scored five goals to get the important three points and get that goal difference down a little bit more.

Return Of The Ox

By far the best moment of the match. 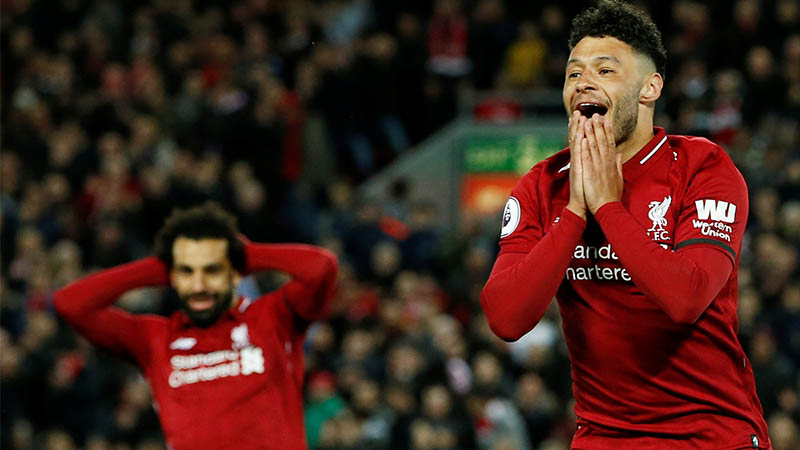 It’s been just over a year since he played at Anfield and played in a proper competitive match and I could not be happier to see him back. As soon as he came out to warm up in the first half, the standing ovation he got from the fans was brilliant and when he finally graced the pitch again it was amazing. He nearly got himself a goal within the first couple of minutes, which he should have scored, but still, for his first game back he did great and you could see that he loved it.

It’s not quite six seconds but 15 seconds will do I suppose.

This guy has been immense for us since coming into the team and I have mentioned it before in one of these posts over the last few weeks, but I am so so so happy that he has finally gotten into his stride. I would have liked for it to have come a little bit earlier in the season but I won’t complain about that because he has been boss.

It was an edgy moment for a couple of minutes for both of them as to who would get the hat-trick but in the end, they both come away with two goals which I’m sure they will be more than happy with.

They were missing their third partner in Bobby Firmino tonight due to injury but they coped perfectly well without him, Bobby does a lot of the work in the team and creates a lot of chances for those two but they can obviously go without him because they were both great tonight. I thought Jurgen may have taken them off due to us playing Barcelona on Wednesday but he knows better than me so I’m not going to complain but I hope they will be 100% fresh to run riot at the Nou Camp on Wednesday.

Two to go…Come on Reds!