Liverpool vs Porto | Things We Learned

Liverpool are 2-0 up in the first half of an important Quarter-Final against Porto.

An all-around solid performance from the team tonight, every single one of the players on the field gave 100% throughout the entire 90 minutes and that shows how confident we are feeling at the minute.

I thought Mo Salah looked like the type of player we want to see tonight, his confidence seems to have gone up a lot since ending his goal drought on Friday night and you could see that in the way he played.

Alisson pulled off a great save for us in the first half, that’s just standard Alisson really tho isn’t it.

Virgil was just Virgil. I don’t think I need to say any more about him.

Lovren did well on his first game back, a lot of groans would have been made when they saw him starting but he was solid tonight.

Milner did great at covering for Robertson at left-back and the same with Trent on the right.

Towards the end I think the midfield started to tire a little bit but there wasn’t one moment where I thought they put a foot wrong and Fabinho was brilliant with his tackling tonight.

That first goal for us on Friday night seems to have done him the world of good, his goal is a great team move and with a slight deflection he leaves Casillas just watching it. I’m hoping this is going to be a good last few games for him having not really hit his full potential for us this season and to get two goals in two games is great for him.

He was beginning to tire towards the end but you can’t really complain about that since the amount of running he has put in and the fact that he hasn’t featured for us in a while and then to play two games back to back is bound to take its toll on him.

I can’t fault Jordan Henderson tonight, he must have covered nearly every blade of grass for us tonight. 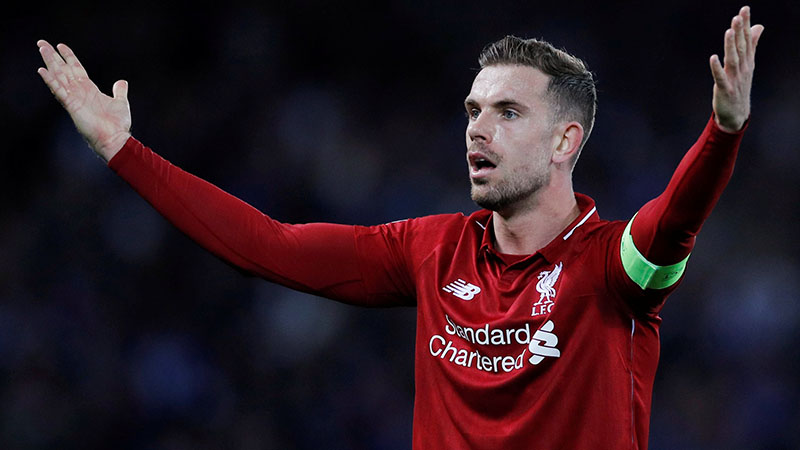 He benefits so much when Fabinho plays in midfield with him because the Brazillian sits deep and covers that part of the midfield which allows Henderson to push himself further forward and get into those attacking positions and I thought his passing was great tonight. He is a very unselfish player and is always looking for the ball over the top of the defender for either Salah or Mane or tries to spread it wide to Trent to get him in on the attack and that worked tonight for our second goal.

You have to look at these games as only the first half completed, going to Porto will be a very tough game and their fans will be right behind them from the very first minute like they where tonight so don’t underestimate their abilities.

But, all in all a really great game of football to watch and it’s great as a fan to be able to experience these games live!