As the Coronavirus crisis continues and football currently on hold in England, Josh Bunting talks us through the last 7 days in Women’s football with some big decisions needing to be made.

Meeting Over The Future of the 2019/20 Women’s Super League Season.

A decision over the future of the 2019/20 Women’s Super League season may not be made until the end of May according to BBC Sport.

WSL and Women’s Championship clubs met for a meeting with the Football Association on Tuesday afternoon to discuss the next steps. However, consultations between key stakeholders in the women’s game and the Department of Digital, Culture, Media and Sport are set to continue.

Arsenal Women were third in the table before the season was suspended due to the ongoing Coronavirus crisis four points behind league leaders Manchester City as Chelsea sat just one behind in second with a game in hand. 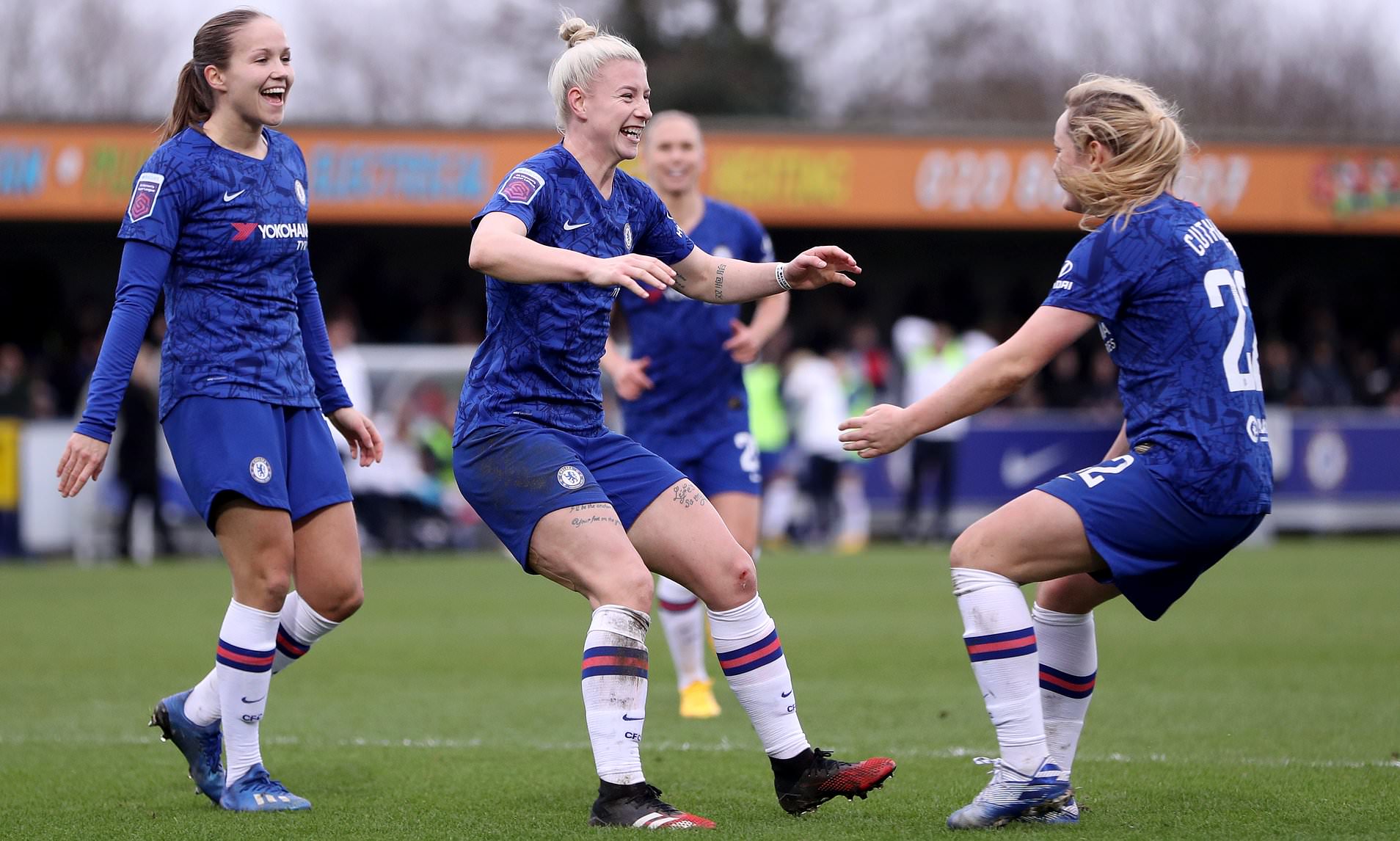 Senior figures at a number of top women’s clubs have told BBC Sport they have reservations about whether player and staff safety could be guaranteed if the season was to resume and are hoping to be given more detail during Tuesday’s latest conference call. The last domestic match was played on February 23rd the Continental Cup final as Chelsea beat Arsenal thanks to a Bethany England double.

On Monday it was announced that live sport could make a return in England by June 1st behind closed doors including the Premier League. However, it is understood that there are some concerns about the viability of the vast scale of testing for Covid-19 that would need to be carried out in order to complete the campaign.

The news follows Spain cancelling their Women’s football seasons with Barcelona claiming the Liga Iberdrola title, while on Monday the German Bundesliga Frauen stated their desire to restart their season on May 29th.

And it is also reported in the French media that their Division 1 Féminine is set to follow in the footsteps of Ligue 1 and 2 and be cancelled with Lyon retaining their crown.

PSV Eindhoven have announced the signing of Dutch International and European goalkeeper of the year Sari Van Veenedaal from Atletico Madrid.

Speaking to the PSV website she explained “I am happy to return to the Netherlands and will certainly not come here to take a step back”.

PSV is a club that has continued to make progress in its development in recent years and has sporty ambitions that appeal to me personally”.

“If you see how players Snoeijs, Nouwen and Smits have been hooked up with the national team that says something about the level at PSV”.

“I want to help the talented team that is already there with my experience and at the same time remain eager to learn and motivated to become better”.

Van Veenendaal left FC Twente for Arsenal in 2015, after four years In North London and helping the Gunners in winning the Women’s Super League title and FA Cup she made the move to Atlético Madrid.

The keeper recently announced that she would like to return to the Netherlands because her partner has always lived here and because she likes to be with her family.

She was also named the best goalkeeper at Euro 2017 as the Netherlands went on to lift the prestigious trophy before also winning the Golden Glove award at the 2019 Women’s World Cup in France.

She won the league title and the KNVB cup with the FC Twente so has had success back in her homeland in the past and will enter the Champions League with PSV next year.

Bundesliga Frauen To Resume on 23rd May

The Bundesliga Frauen could be set to make its return on 23rd May behind closed doors as the men’s league makes it return this weekend. The season would restart on matchday 17, with the final game being played on June 28th.

“I am pleased that the clubs have expressed great support for the continuation of the season in the FLYERALARM Women’s Bundesliga and in the DFB Cup competition.

We have now created the prerequisites for adapting the general schedule of the season, provided we receive positive signals from politics, in compliance with the strict requirements of the present hygiene concept. ”

Carina Wenninger is one of the most experienced defenders in Women’s football, making over 180 appearances for Bundesliga Frauen giants Bayern Munich and has won over 90 caps for Austria. The double Bundesliga winner spoke to Josh Bunting about her life in football and how her extraordinary career started.

Talking about her hopes for Bayern Munich when football gets back underway, she explained “First of all I hope that all our players stay healthy and don’t get injured during this break”.

“Secondly we want to be successful and win matches as we always do, but that’s not the most important issue in these times with the Coronavirus and I hope everybody stays safe during this time”.  Wenninger featured for LUV Graz, FC Gratkorn and hometown club SV Thal before making the move to the German giants.

Talking about how she got into football the Austrian International said “I got into playing football with a friend from school, who took me to training and I really enjoyed that, and I also played with my Dad when I was little”.

As well as having two Bundesliga titles to her name Wenninger also has DFB-Pokal and Bundesliga Cup medals in her collection.

When asked about her career highlight to date the 29-year-old didn’t think about the trophies as she said: “My career highlight was playing at the Euros in the Netherlands in 2017, where we reached the semi-final, it was amazing for not only us as players but the whole country”.

On their way to the last four Austria topped their group pipping France in the process before knocking Spain out after a thrilling penalty shootout in Tilburg.

The journey was also to end via the dreaded penalty shootout as Denmark reached the final before eventually losing out to eventual champions and host nation the Netherlands.  However, she has had glory at the international level as she was part of the Austrian squad that lifted the Cyprus cup in 2016.

Asked about her thoughts on the rise of German football Wenninger said “I really don’t know if it is growing every year when I compare it with other countries like England. I still do think there are still a lot of good players in Germany though”.

Bayern Munich is currently second in the Bundesliga Frauen behind VFL Wolfsburg and has a Champions League quarter-final against Lyon to play should football resume following the coronavirus pandemic.

Talking about her ambitions for the future at the Allianz Arena, Wenninger explained in a positive manner ” I want to win titles with FC Bayern Munich and I want to play in an environment, where people make each other better and push one another to be the best”.

Playing as a defender the Bayern Munich number 19 has come up against some of the best players in European football, when asked about her toughest opponent she said, “This is very hard question”.  “There are super good attacking players right now in women’s football, maybe Ewa Pajor of Wolfsburg”.

Finally asked about her advice to upcoming players she said, “My advice is to enjoy the game and love what you are doing, always play football with a smile on your face”.