Last Wednesday when we played Porto in the Champions League we witnessed something truly amazing from Liverpool supporters. The new Mohamed Salah song, “I’ll be Muslim too”, didn’t just echo around the stadium as 3,200 travelling Reds fans sang their heart out, but it also sent shockwaves all over the world in the form of a clear message from Liverpool, we do not discriminate. As a Muslim myself this song moved me in more than one way, I was immensely proud that Liverpool fans were leading the way in breaking down barriers to do with racism and this just highlights the power football has within society. For a while now there has been a stigma and an image that comes with being a Muslim, either you’re a” rag head that needs liberating” or you’re a “terrorist that wants to blow something up”, and even though this sounds blunt this is how we are portrayed in the media. Amal Kassir, a well known Muslim spoken word poet who travels all over the world performing her poetry said it best in a recent talk she did in America, she was describing how when she was at her Islamic school on September 11th 2001, they received two bomb threats within an hour of the attacks taking place. She said “the word terrorist wasn’t on our spelling list” but all of us kids soon picked it up. Unfortunately this is the harsh reality of what a lot of Muslim kids went through at that time. 17 years on and we live in a world where last summer a Muslim woman from Sunderland was attacked in a shopping centre in broad daylight in front of everybody, a man went up to her, ripped her veil from my head and shouted racist abuse at her, and then in Southampton a Muslim woman wearing a hijab (head scarf) had a bottle of water squirted all over her while she was walking down the streets again in broad daylight. Then there is the story of Ahmed Mohammad, a 14-year-old schoolboy who in 2016 was arrested for bringing in a home-made alarm clock into school as part of his engineering project. Despite him telling teachers throughout the day that it was a clock they didn’t believe him and rang the police saying that he had made a bomb, that day after school he was the lead away in handcuffs by local police. Now I know a lot of people are thinking what does this have to do with football? After last week it has everything to do with it, Liverpool Football Club and the club community didn’t just challenge an ideology that has been drummed into us by western media, but they were also helping to shatter racist barriers, in one unified voice Liverpool Football Club loudly and proudly declared this club is for everybody, no matter of their religion or race, we are all equal. 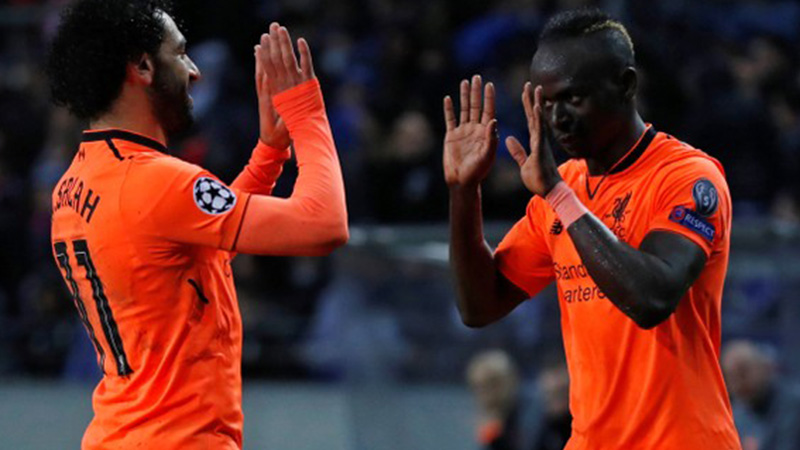 Bill Shankly once said that football is more important than life or death, now far be it for me to try and work out what Shankly meant by that statement, the man was a genius and there are many more people in this world who knew him, however I can’t help but think is this what he might have meant by it. The fact that Football has the power to bring people together and to challenge society when society is wrong. It makes me so proud not just to be a Muslim but to be a Muslim Liverpool fan that my club that I love so much is leading the way in changing people’s mentality over what Islam is really about. Huge credit has to go to Mohamed Salah and Sadio Mane, for the way they have conducted themselves since they have come to Liverpool. Their goal celebrations of bowing their heads to the ground in prayer inspires me, and the fact that Salah is leading the European goal charts and becoming such a high profile player means that more and more people are starting to see Islam in a much more positive light. Personally I would like to say a huge thank you to both Salah and Mane, whether you’re a Liverpool fan or not they have had a impact on the way Muslims are getting treated in our day-to-day lives. There is still a long way to go in tackling racism within football, and I’m talking about all forms of racism not just ones directed at the Muslim community but what Liverpool did last Wednesday was a huge step forward in tackling this issue and hopefully one day we can eradicate racism for our beautiful game Article by Imraan Adam @imadam786 For more Redmen TV content including podcasts, subscriber exclusives and three new shows every week subscribe now and get your first month for FREE bit.ly/RMTVjoin
Spread the love
Supporter's Section