No Thiago, Taki Or Klopp – How Liverpool should line up vs Chelsea?

Well it could have been a great start to the New Year had Manchester City not found a way to get past Arsenal in stoppage time, and as the Reds prepare for a now crucial game against Chelsea, it’s not clear who will be available for the trip to Stamford Bridge. Klopp isn’t, and we already know that three stars are also out with covid.

Things have piled up pretty quickly on Liverpool in the Premier League, and failure to secure three points will make it very difficult to catch Pep Guardiola’s £1billion team. Rival fans are quick to cheer against the Reds, but that tone will soon change when they notice that Manchester City’s wealth has changed the landscape of the league – so that you now need 95 points to have a chance. 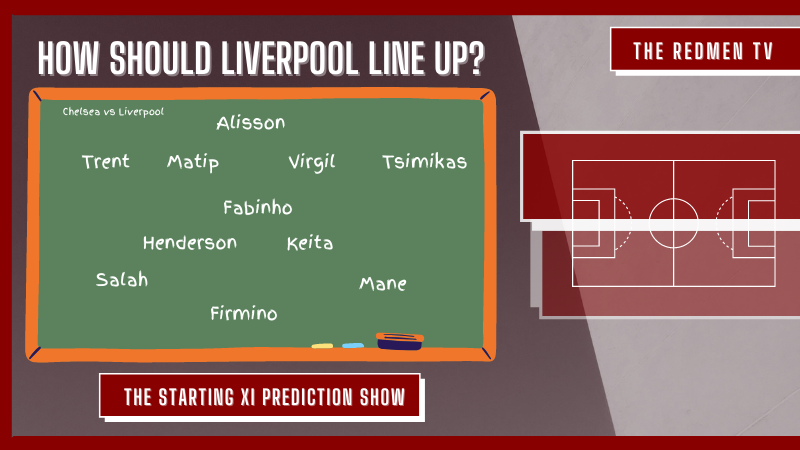 Alisson starts in goal – though this will be Kelleher if the Liverpool number one is one of the players with the virus.

One game left to run on Andy Robertson’s ban means Kostas Tsimikas comes in at left-back, with an unchanged back four ready to go again.

Thiago is still out for this one, but Naby Keita can come in before he heads to the African Cup of Nations. Henderson and Fabinho complete the midfield.

Salah, Mane and Firmino complete the lineup if available – but there’s a feeling that one of these could be set to miss out through covid. Thankfully, Diogo Jota’s form makes him a solid option should that be the case.

While it looks cloudy at the moment, a win here would see us go into nine potential Premier League games that are very winnable before we’d meet Manchester City for the 10th. That said, dropping points again could mean we begin to switch our focus to the cups, with the opportunity of a cup-treble very much a possibility.