20th vs 1st. On paper this is a game which Liverpool should be comprehensively winning, and although there is a high possibility that this will happen, the general feeling around Norwich City is that they should be in a better position than the league table suggests. Especially at home, the Canaries have a tendency for taking the lead and surrendering that advantage, as we have seen in games against Sheffield United, Wolves and Crystal Palace just to make a few. Norwich are 6 points adrift as it stands and most likely returning straight back to the Championship, although they still have players capable of hurting the reds.

Only Southampton have a worse home record than Norwich this season, with the Canaries only managing to haul 12 points from 13 games at Carrow Road. 3 of these points though came against the current Champions Manchester City in August, a game in which fans across the league recognised the potential of this Norwich City which they sadly haven’t been able to build upon this campaign. Players such as Emiliano Buendia, Todd Cantwell and Teemu Pukki were majestic that day and have impressed this season, but on too many occasions, individual mistakes and lapses of concentration have let them down when it matters most. The majority of Norwich’s defeats have been narrow which’ll frustrate Daniel Farke, as he knows that on their day they are comfortably better than 3 other teams in the league. As much as this is an issue for Farke, Norwich are still well ahead of their long-term plan to sustain themselves as a Premier League club, with the Yellows earning promotion a year earlier than their projected target.

Farke has tried to strike a balance in his side between the exuberance of youth and experience, with older players such as Alexander Tettey and Tim Krul featuring regularly in the side in order to help those around them. Max Aarons, a young right-back, has arguably been Norwich’s best player this season, playing 24 of their 26 league games at the age of 20 and being superb on many an occasion. Aarons’ pace and steel has been recognised and if it wasn’t for players such as Alexander-Arnold, Wan-Bissaka and Walker playing, then I’m sure he would receive an England call up. 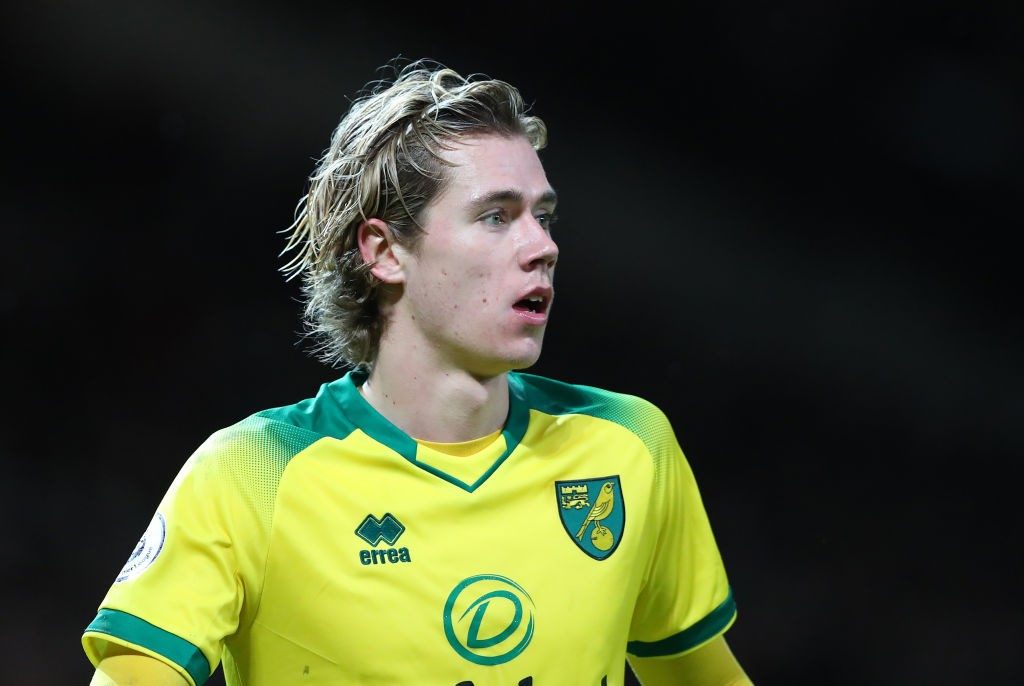 Similarly, Todd Cantwell, another young English talent, has been superb this season, catching the eye in games against the top 6. Cantwell has scored against Man City, Chelsea, Arsenal and Everton this season, proving he has no fear on the biggest stage and will play with confidence on a regular basis. Interestingly, Cantwell wasn’t even a regular in the Norwich team that won the Championship last season, so for him to hit the ground running in the top flight is a credit to his ability and eagerness to improve as a young player. Cantwell has attractive interest from many of the big boys and if he is to carry on his goal-scoring form then I’m sure that Norwich will be able to receive a big fee for the Norfolk-born attacker.

Defensively, Norwich have been atrocious from the minute the season kicked off at Anfield in August. Their first half display on that day was unfortunately not an anomaly for them, as they have gone on to concede 43 goals in 25 games since. Playing the style of football they play in the Premier League, passing out from the back and playing attractive football, is a good idea as long as you have the players capable of executing such a high-risk philosophy. But on far too many occasions this season, Norwich have conceded incredibly sloppy goals from giving the ball away in their own half. Especially in games against teams around them, they simply can’t afford to do this, as conceding the 1st goal in relegation 6 pointers typically results in a defeat, with the opposition then holding on to what they have. 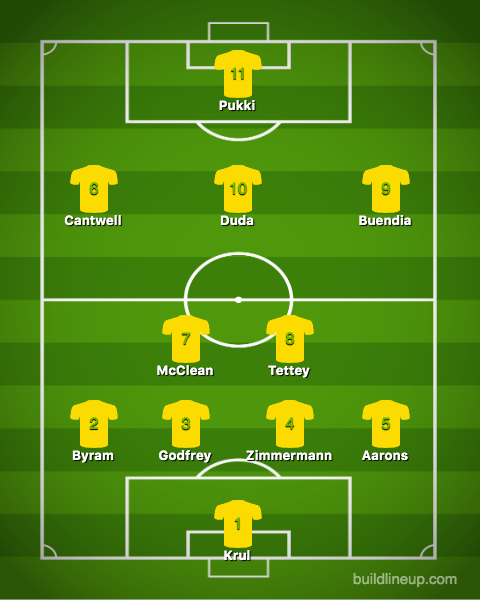 Realistically, Norwich fans will be dreading this game, knowing that their side could quite easily be given a thrashing, yet at the same time, with just 12 games left in the League, it is important to cherish fixtures of this magnitude at Carrow Road, striving to pick up results no matter the opposition. Norwich will probably stick to the same game plan as always, yet it is important that they don’t take too many risks against the best team in the world. Liverpool tearing through Norwich is one thing, but to give goals away through their own faults would be a disaster for the Canaries.