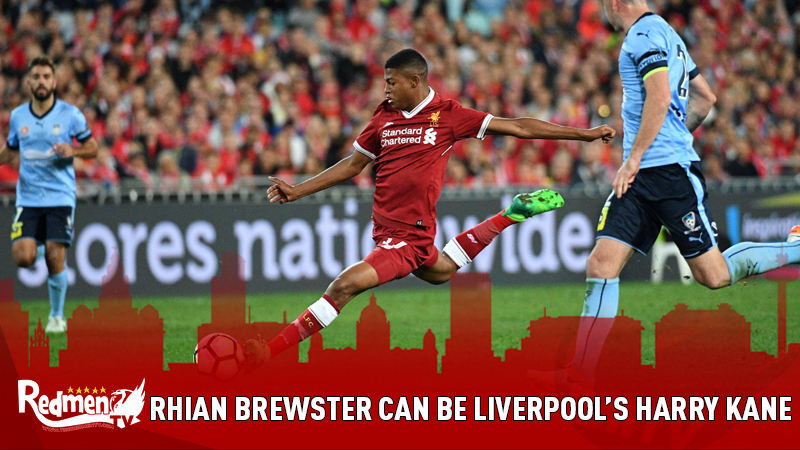 I’ll admit, I was relatively worried that Liverpool might end up losing Rhian Brewster this summer. It’s been a long time since a Liverpool youth product has gained such attention prior to signing a professional contract. Obviously, his performances for the England youth sides have massively contributed to that, but overall his displays for Neil Critchley’s U23s were worthy of the hype before he picked up a nasty injury in January. Only he will know whether or not the stories about him moving to Germany were a tactic to get more money out of the club, or more promises about game time, but even if it was, fair play to him. He’s looking out for himself. He’s asked the club some big questions there: how much do you value me? Are you going to put faith in me to perform at the highest level? What are you willing to do to keep hold of me? And credit to the club as well, they’ve clearly answered those questions. They’ve got it sorted with relatively little drama, behind closed doors. They haven’t let it rumble on and become a â??saga’, we’re making concerted efforts to make that our style, as suggested by the Fabinho signing. An ongoing transfer story is the last thing anyone wanted, probably including Rhian himself, so we’ve all done a good job preventing that. Well done to all parties involved, there. So now all that’s out of the way, we can freely discuss what an exciting player we’ve got on our hands here. Having watched a lot of youth football this season, I’ve made two observations about Rhian Brewster. The first of which is his ability to adapt freely to whatever new challenge is put in front of him. This is a quality that is essential in becoming one of the world’s top players. Any time you are thrown into a game at a higher level, how easily can you raise your game to match the standard of the others around. Brewster has done that with every challenge he’s faced and now I’m eager to see the next natural step, which is integration into the first team squad and getting minutes in the Premier League/domestic cup competitions. I think what Liverpool have spotted here is the potential for our own â??Harry Kane’ type player. Despite being a bit of a bellend (and completely restoring my faith that football is indeed coming home this summer, cheers Harry), I am very jealous of the way Spurs have managed to unearth a world-class gem in Harry Kane. They’ve paid absolutely fuck all for him and it’s turned out he’s scoring all the goals and essentially getting them into the top 4 all by himself. Again, I’ll stress, they haven’t paid a penny for him. 108 goals in 150 appearances, he’s been relatively injury free (I know he’s had some issues but he hasn’t missed full seasons) and is now doing it on an international level as well, at the World Cup, the biggest stage of all. 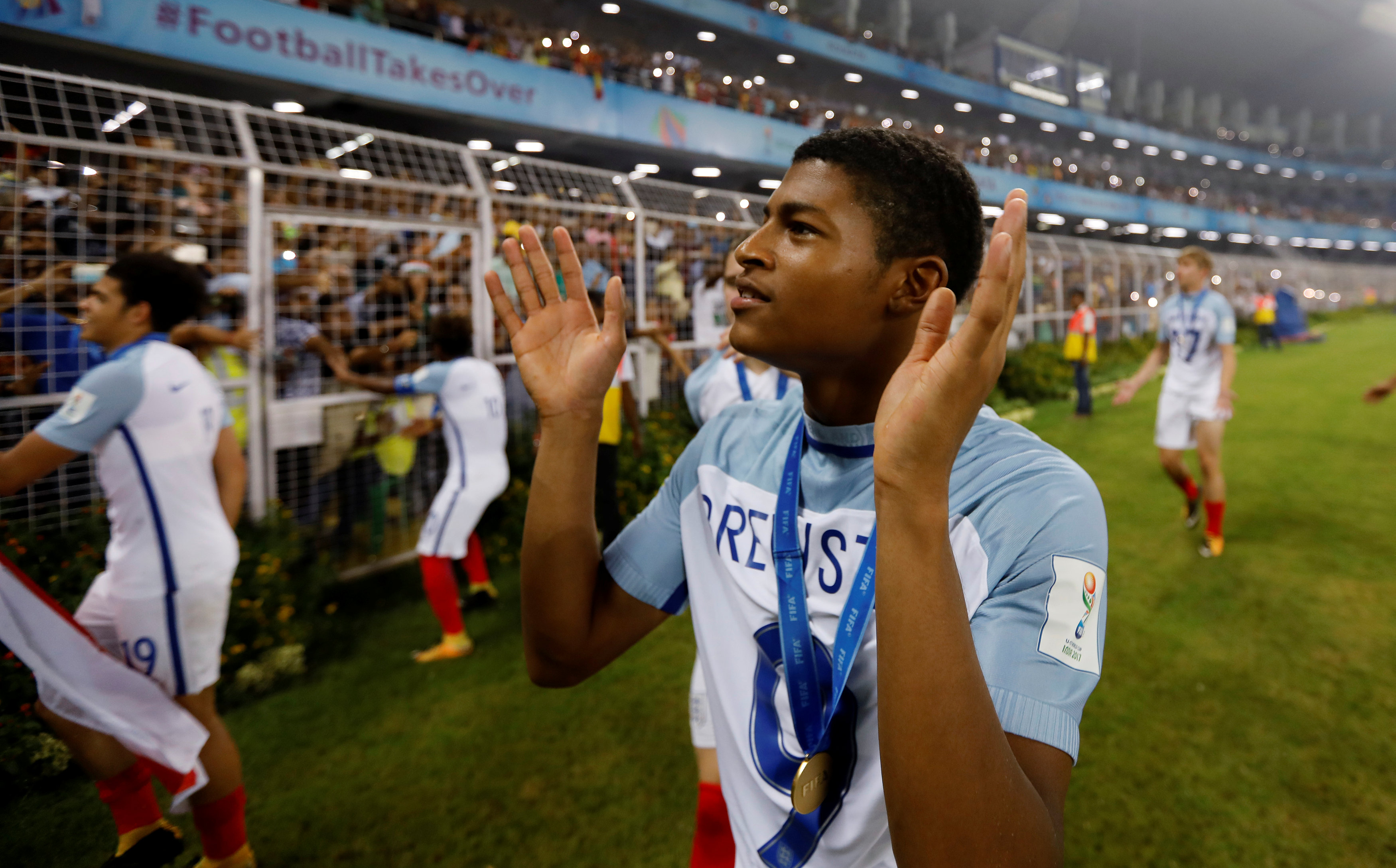 And now we are putting our faith in the possibility of having our own Harry Kane, in Rhian Brewster. So much so that it’s extremely unlikely that we’ll sign another striker in this transfer window now, and we’re just going to keep hold of Brewster instead. To be honest, I think it really could come off for us. Having watched him play for the youth sides, he’s got bundles of pace and energy, he’s a good finisher, he’s creative on the ball. He fits exactly into our style of play. How much would it cost to sign a striker with those qualities in the current market? Instead, logic has prevailed and the club have gone “hang on a minute, we’ve got this kid here who fills the exact criteria of what we want in a striker, we’ll give him a game”, and I think it’s pleasing the club have taken that stance. I don’t feel like there have been enough cases over the years of the club showing full faith in youth. Of course, there have been some very successful examples over the years, most recently the rise of Trent Alexander-Arnold, who also now finds himself in the England set-up. But overall so many young players have fallen at the final hurdle at Liverpool. This may indeed have been because they aren’t good enough, but if they don’t get enough time on the pitch, how would we ever know? It appears that this time we’re willing to give Brewster that chance. We’ve given Trent that chance already, and I’m hoping that Jurgen Klopp is also going to give Harry Wilson that chance this season. Both of these players absolutely deserve it. I don’t want to dwell on Wilson too much because his future was never really in doubt for this summer, but my word, he is deserving of a chance as well in pre-season and as we head into August and beyond. At the time of writing, Neil Jones’ Goal exclusive with Rhian Brewster has just been published. It’s a piece that I think every Liverpool fan should go and read. Rhian portrays himself very well in the media, it’s very impressive, and it isn’t the first time he’s done this. His exclusive with the Guardian some months discussing the racial problems that remain in football was also received very well and rightly so. But particularly with this latest Goal piece, he comes across and three things: intelligent, humble, and hungry. The intelligence and humbleness go hand-in-hand. He clearly has a broad understanding of just how difficult breaking into this level of football is, but also an understanding of the potential he has and how time is on his side when it comes to his football career. 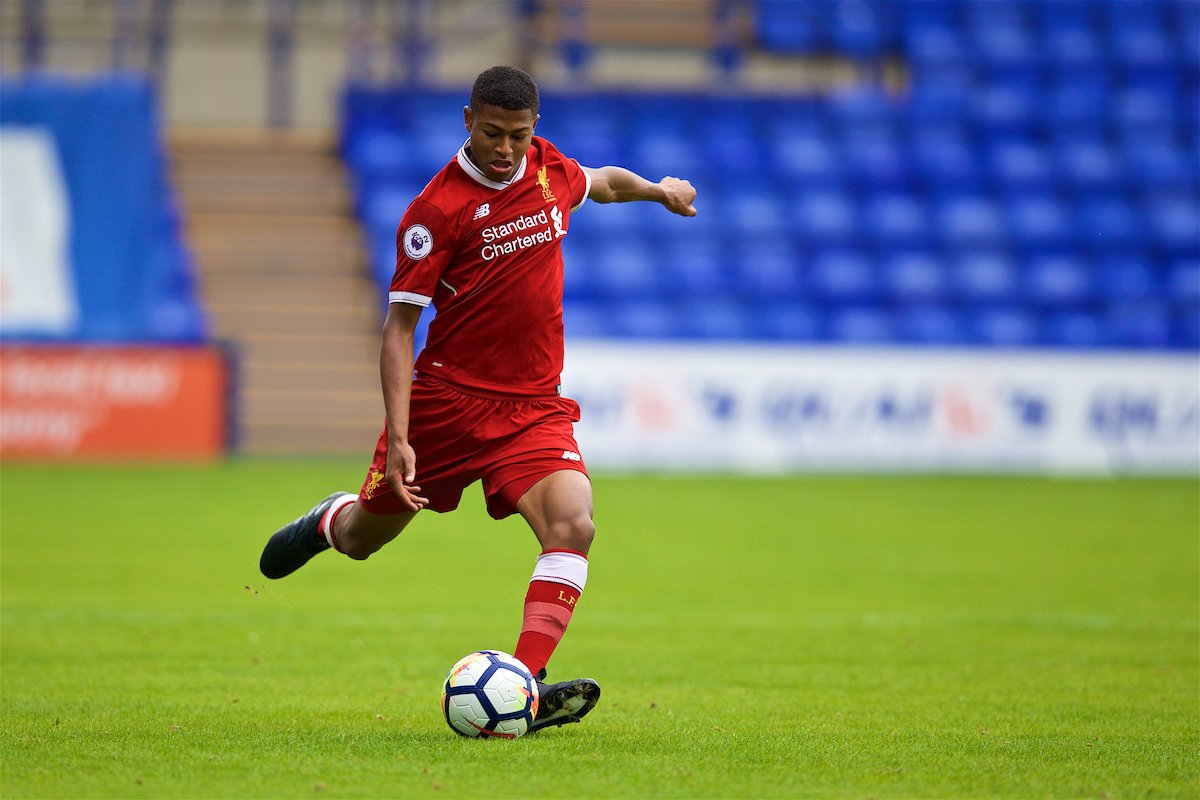 The hunger is something to be admired. Much like Wilson, he’s relishing the challenge of breaking into the Liverpool first team, it isn’t something that’s daunting for him (although to be fair, if he finds that challenge daunting, football probably isn’t for him). And going back to the intelligence, he comes across as someone who’s properly thought through his options and has made the decision that he truly believes is best for him. He probably could’ve chased more money in Germany, but instead he’s decided to â??do a Trent’ and pursue English football. There’s a whole lot more credibility in that decision in my opinion. And so, Liverpool suddenly have one of England’s hottest prospects on their hands, and they’ve managed to keep hold of it. It’s now absolutely key that we utilise him best we can, but that doesn’t mean rushing him back to get fit as quickly as we can. It would be lovely if he could be somewhat involved in pre-season, but the ETA for his return is late August, and if that’s the case, let it be. His body is still developing and rushing him back could cause further damage that he will have to carry with him through a very long career. Let him recover, get him in the squad, and I think he will bag his fair share of goals for us this season. The Kop are going to love him.   By Ben Kelly – @bkelly776
Spread the love
Supporter's Section

By tapping Agree, you accept the new terms and privacy policy which take effect immediately. After this date, youâ€™ll need to accept these updates to continue using this service. You can also visit your account if you would prefer to amend your account.