Starting XI: How should Liverpool line up against Ajax?

Back-to-back weeks of Champions League football gives Liverpool a chance of redemption after the worst defensive performance of the season in the first half against Napoli. In a more positive scope, that is the hardest match of the group stages out of the way, and a home clash against Ajax is the perfect way for the Reds to find a way to build momentum.

One of the biggest positives of the last game was Arthur Melo’s debut in which he played alongside Thiago. The midfield looked much more structured with the two former Barcelona stars, and that is something that Jurgen Klopp should look to utilise going forward.

The line up this week should have a blend of players garnering sharpness and some rotation after a poor display in Napoli, though I think Liverpool’s best player from that game should be rested after playing six full games in a row. 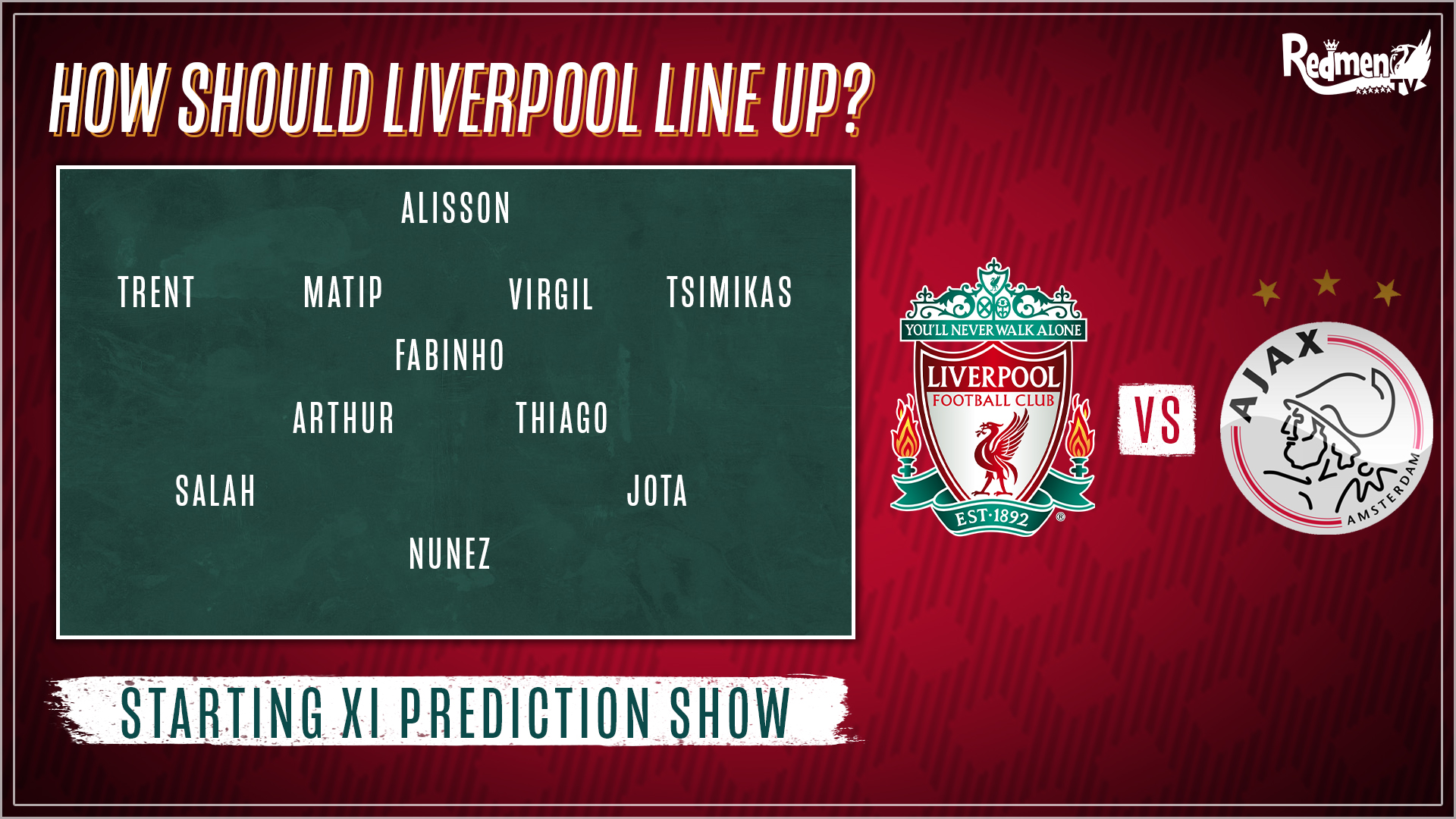 Joel Matip comes into the starting line up after Gomez was off-form in Naples, while Kostas Tsimikas also comes in to freshen things up on the left hand side. Robertson was by no means the weak link last week, but the Reds lack strength in depth at right-back in terms of a replacement for Trent.

Fabinho starts in midfield but he needs to start picking up his form. If he can’t have a positive game behind Thiago and Arthur, then his place will likely come under threat from Jordan Henderson when he returns. Harvey Elliott drops to the bench after a strong run of games.

A rest for Luis Diaz may see some concerned, but the Colombian has played a lot of games of late. This is the perfect opportunity to give game time to Jota while allowing Diaz to be fresh for the next Premier League games. Darwin Nunez leads the line against an Ajax side who normally look to play attractive football, while Mohamed Salah keeps his place on the right wing.

With home advantage, Liverpool should be able to get past Ajax in this one, and I think the added control this line up provides will ensure a much-needed cleansheet.

How does Chris think Jurgen will line his team up? Check out the Starting XI Show below!