The Reds host Arsenal this week with a ticket to progress into the quarter-finals of the Carabao Cup on the line.

Liverpool are playing like a side who could win any trophy. Klopp has assembled a squad which will challenge for every competition this season, but the balancing act of squad rotation will be key to success.

The challenge of the Gunners means we can’t quite rotate the side as heavily in terms of youth players as seen against MK Dons, but two days of rest between matches will dictate both managers must make changes ahead of Saturday’s Premier League games. 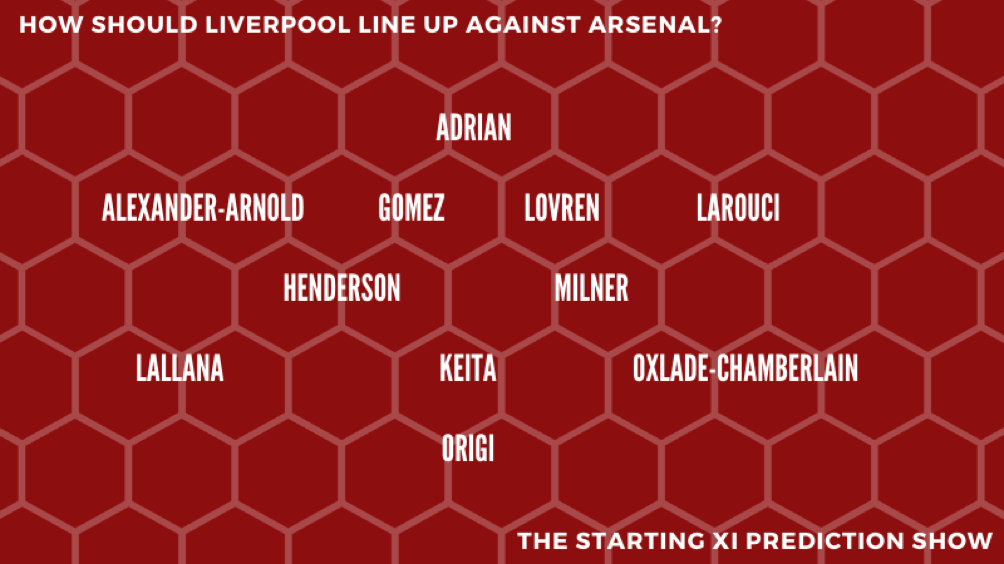 Three games in a week and only two days rest before a league game means Klopp must use the squad for this one.

The team is more than strong enough to win the game and there is an opportunity to those competing for places in the first team to show why they should start in the league fixtures.

Yasser Larouci should make his debut here, but the inclusion highlights the drop-down in level between Andy Robertson and our LB options. Losing the Scotsman would be a blow to the league campaign; overplaying him is a risk we don’t need to take. Klopp must be cautious of Alexander-Arnold’s playing time too.

A change of shape sees Henderson and Milner playing as the two defensive midfielders behind an attacking front four. It’s too early in the competition for the Reds to be playing our strongest side; trust in the squad.

Will Emery risk going strong? A place in the top four is vital for Arsenal and risking a strong line up before a game against Wolves could be costly. This should be an attacking game where players on both sides are fighting for places.

The Reds defence hasn’t been as assured in recent games in terms of chances created by the opposition, but the overall quality of our attack against Arsenal’s back-line should be enough to win the game.