Nine games remain in a Premier League season that hopefully won’t happen again. Football isn’t the same without fans, and Liverpool are one of the teams who have struggled most without the roar of the kop.

Back-to-back wins against Leipzig and Wolves showed that the clouds may finally be beginning to clear on Liverpool’s bad spell of form as Klopp sits five points outside of the top four. The Reds must continue to pick up results with Arsenal up next.

Roberto Firmino returned to training this week and is available for the trip to Emirates, but it’s uncertain how the front three will look after Diogo Jota scored in both games for Portugal during the international break. 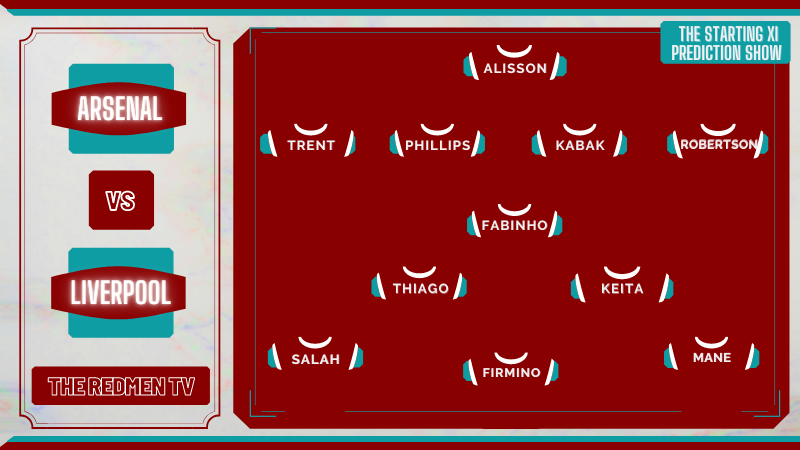 While the transfer speculation of Ibrahima Konate joining Liverpool is exciting, there’s no guarantee the Frenchman would start. Ozan Kabak and Nat Phillips have been exceptional in the last two games and Klopp’s hand will be strengthened by the returns of Virgil van Dijk, Joe Gomez and Joel Matip at the end of the season. The two young centre-backs continue in the same backline that has picked up back-to-back clean-sheets.

Fabinho in the six has transformed Liverpool’s performances with the Brazilian bringing out the best in everyone around him. Thiago and Keita complete the midfield in a game where the Reds must take control.

Salah and Mane enjoy playing against the Arsenal defence and should both start for this one. Diogo Jota’s form since coming back from injury makes it difficult not to select him, but Klopp must bear in mind a game against Real Madrid coming up in midweek. Roberto Firmino should start on Saturday evening.

The Gunners may lack consistency but Liverpool must respect Mikel Arteta’s results against the likes of Leicester City and Spurs. A repeat performance of the game at Anfield should be enough to take all three points back to Merseyside.

How does Ben think Liverpool will line up? Check out the Starting XI Prediction Show below!