FA Cup action returns this week but it’s unclear whether the game between Liverpool and Aston Villa will go ahead.

The Villains have reported an outbreak of Covid-19 and consequently closed their training complex. It remains to be seen whether the West Midlands side will be forced to field an inexperienced XI.

Manchester City had their league game against Everton postponed in similar circumstances while Leyton Orient were kicked out of the cup – the FA aren’t great for clarity in moments like this.

Still, should the game go ahead, it’s a chance for the Reds to deal with the ghost of Villa Park which has seen Liverpool suffer heavy defeats in their previous two visits. 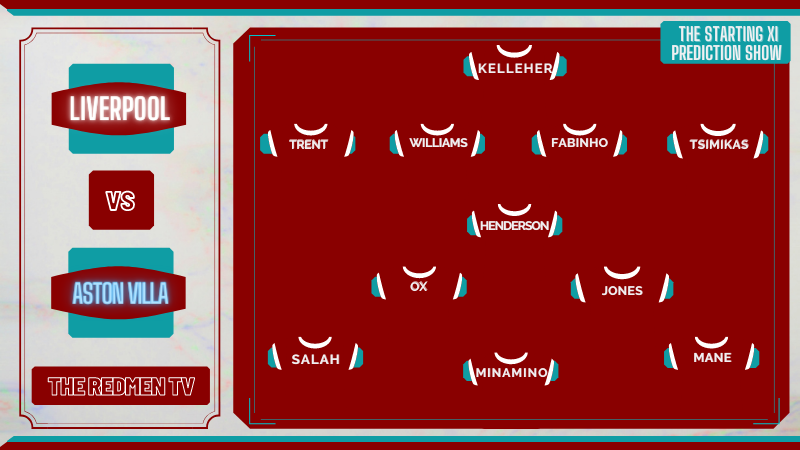 A poor game from Trent Alexander-Arnold against Southampton means he should start on Friday to play himself back into form – the young fullback is yet to find his stride since returning from injury. Rhys Williams and Fabinho should play centrally with Kostas Tsimikas also coming in for Andy Robertson.

Jordan Henderson comes back into the six behind Curtis Jones and Oxlade-Chamberlain. Thiago will likely feature at some point while Naby Keita has been confirmed as unavailable for the game on Friday.

The attack is in an underwhelming spell of form with a flurry of missed chances, mistakes and strange decisions from a normally faultless trio. Sadio Mane looked sharp against Southampton and should keep his place. Klopp must decide whether to take Mo Salah out or give the Egyptian king a chance to recapture his finishing edge. Takumi Minamino deserves an opportunity to impress and should come in for Roberto Firmino.

Will the game go ahead? Hopefully, but I’m not optimistic. Villa will undoubtedly claim there’s too much risk to play and the Premier League would rather postpone the game rather than give the Reds a bye.

Liverpool will storm through to the next round if the green light is given against a youthful Aston Villa line-up.