Two wins this week leads Liverpool onto the challenge of Aston Villa on Saturday. The Villains are unbeaten in their last four home fixtures which means the Reds will need to perform strongly if they are to maintain the lead at the top of the table.

We shouldn’t look too far ahead, but, a win at Villa Park will mean Liverpool go into the Manchester City game a minimum of six points clear; the fixture becomes a cup final almost. 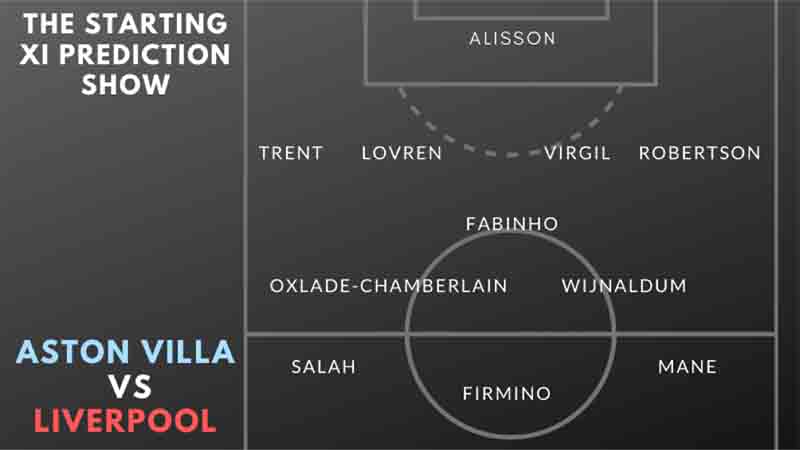 A rest in midweek allows for Robertson and Trent to return. Klopp appears to favour Virgil and Lovren as the starting partnership – and Dejan has performed well so far; there’s no need to change the defence in the league before Matip returns.

Oxlade-Chamberlain should start this one with Villa likely to park the bus. His threat from outside the box is clear after another goal in midweek. Fabinho is untouchable from the six behind Gini.

Current form suggests Liverpool should win this one comfortably. Villa have looked good in some games but they’re unlikely to try any method which Klopp hasn’t already dealt with in previous games. The front three will be too much to handle for the Villains defence.