Liverpool play Chelsea this Sunday after an enthralling 4-3 opening day win against Leeds.

Werner and co are still settling in which makes it a good time to play the west London side – their new reinforcements will need time to develop chemistry.

The Reds last played Chelsea before lifting the Premier League trophy, a game in which  Frank Lampard unleashed a tirade of abuse towards Jurgen Klopp over the awarding of a free kick – one which Trent Alexander-Arnold then dispatched. Lampard’s behaviour in that game alone is enough incentive to want another win over the Blues.

Thiago is here, but won’t start before he trains with the first team. The defending champions have a plethora of options in midfield and have locked down one of the world’s best talismans for the next four years. 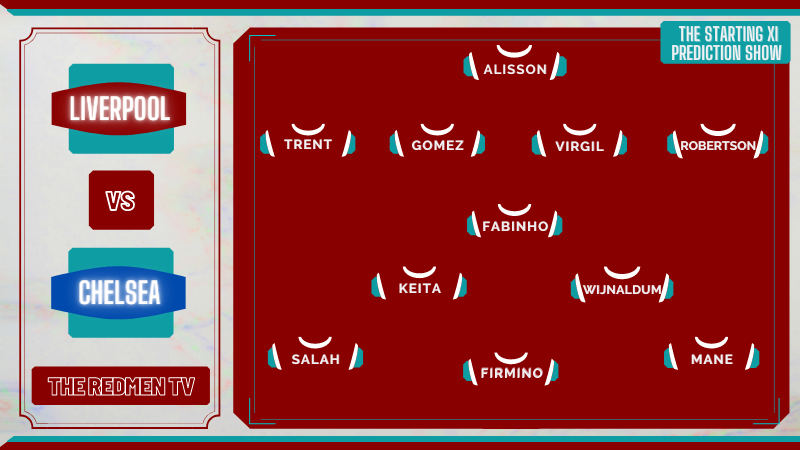 Gomez has come under criticism this week, but it would be harsh to drop the young defender. He could have defended better for the first goal. Virgil’s error for Patrick Bamford’s equaliser was worse by comparison.

More threatening opposition means Fabinho should come in for this one. Henderson may need time before starting more advanced which should see Keita and Wijnaldum complete the midfield three. Bring the captain on in the second half to close out the game.

Mo Salah has started the new season on fire and will be Liverpool’s main man in this one. Roberto Firmino got into the box more, but there were two occasions I thought he could have pulled the trigger on – the Brazilian will hopefully amend that on Sunday.

Chelsea will be looking to finish in the top three this season after spending heavily during the break – that makes them dangerous, but playing the game this early in the season can only be to Liverpool’s benefit. The Reds should see this one through.