It was almost a case of ‘here we go again’ on Sunday as Aaron Ramsdale turned into prime Oliver Kahn at Bramall Lane, but a good finish from Curtis Jones and deflected Roberto Firmino shot helped lift Liverpool to just two points from the top four.

Chelsea look dangerous under Thomas Tuchel and have kept four clean sheets in their last five games. This makes the returns of Diogo Jota and Fabinho significant with both available to start on Thursday night.

Jurgen Klopp has also confirmed that Alisson has returned which should see the Brazilian goalkeeper return to action. 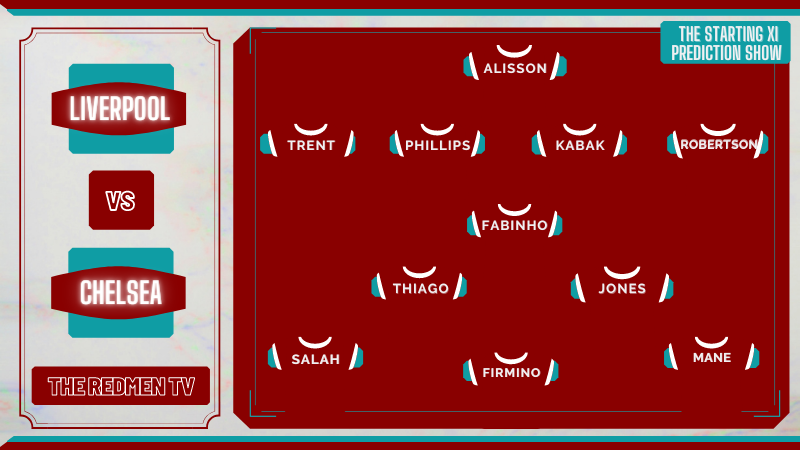 Alisson returns in goal after a clean sheet from Adrian. The biggest question this week is where does Fabinho play? It probably doesn’t improve performances statistically, but Nat Phillips’ new haircut makes him look like a world-class defender. Not just that, the young defender has rarely put a foot wrong when called upon this season.

Kabak starts after a solid performance against Sheffield United. It’s strange to see some of the criticism against the young defender with some referring back to his record at Schalke – the Turkish defender has given enough glimpses to show why Klopp was keen to bring him in.

A tough game against Chelsea means Fabinho comes into defensive midfield behind Curtis Jones and Thiago. While Tuchel’s side aren’t scoring at will, Klopp must respect the weapons they have at their disposal.

If the Liverpool medical team are confident, then Diogo Jota could start, but the Portuguese star is coming back from a long lay-off and should be an early introduction from the bench. Salah, Firmino and Mane start.

The Reds have performed well against the big sides this season and Klopp should be able to get the better of Thomas Tuchel at Anfield once again. Chelsea’s new possession-based system could play into the hands of Liverpool’s aggressive press.

How does Chris think we will line up? Check out the Starting XI Prediction Show below!