Starting XI: How should Liverpool line up against Genk?

The Reds welcome Genk to Anfield as the Champions League enters the second half of  group fixtures.

It’s a game which Jurgen Klopp must opt to rest players ahead of the biggest game of the season on Sunday. Manchester City have to be the priority, but the team which plays will be more than good enough to bypass Genk at Anfield. 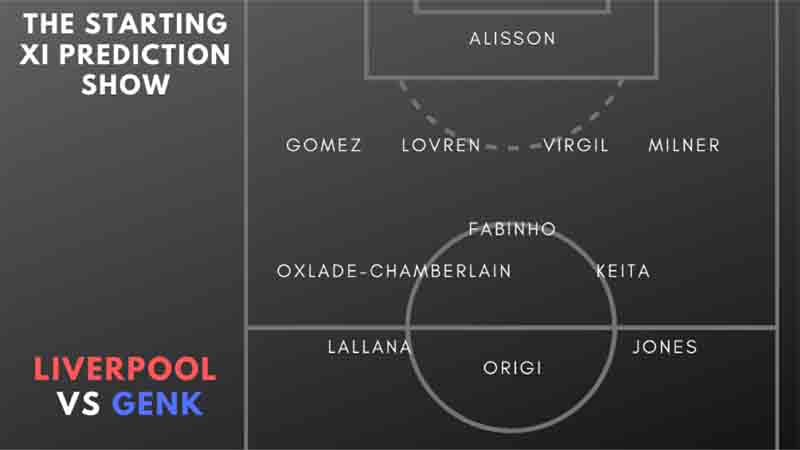 Changes to the back four mean James Milner and Joe Gomez start. Robertson was relentless on Sunday – Klopp must rest both Liverpool starting fullbacks wherever possible.

Sharpness will be useful for Fabinho after missing out on Saturday amid fears of picking up a yellow card. The Brazilian returns to the lineup behind Naby Keita and Oxlade Chamberlain who both impressed in the reverse fixture.

A shuffle of the front three should see Jones, Origi and Lallana start. Players are expected to be able to deal with an opponent currently 8th in the Belgian First Division.

Sunday’s match is too important to risk any of the front three. A win against City would put the Reds 9 points clear, but it would also be the end of the toughest set of fixtures. The next time Liverpool will face a team from the current top six is on Boxing Day against Leicester; Klopp could amass a double digit lead by that date.

While Genk created some good chances in the previous game, the Reds should win comfortably. Parking the bus won’t work when Ox has the ball on the edge of the box, and Origi is in deadly form. It will take something special for the Belgian side to upset the current champions.

How does Tom think Liverpool should line up versus Genk? Check out the starting XI prediction show below!