Starting XI: How should Liverpool line up against Genk?

The perfect run in the Premier League is over. It’s onto the next one for Jurgen Klopp and the Reds.

Wednesday night’s Champions League tie against Genk provides an opportunity to rest some key players in a game which we will be expected to win against a Belgian side who held Napoli to a goalless draw.

A win for the Reds here could see Liverpool take top spot in the group with the Italian leaders facing a tricky Salzburg outfit. 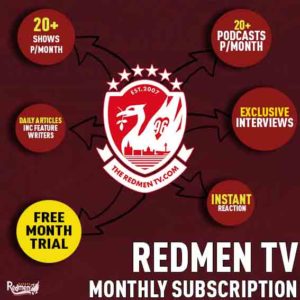 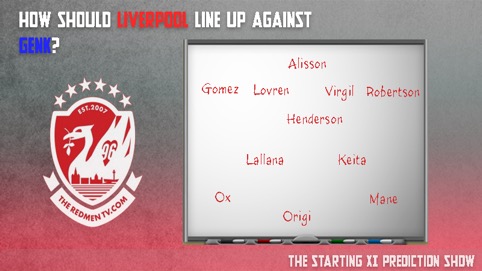 Alisson maintains his place to gain match sharpness after his recent return.

Two changes to the defence sees Joe Gomez and Dejan Lovren come in after both Matip and Trent were left out of the squad to recover from a slight injury and virus respectively.

These are the games where players on the fringes on the team can make a statement. Liverpool’s midfield was too passive against United at the weekend – we looked much better after the substitutions. Henderson starts from the six behind Keita and Lallana.

The front three should see Oxlade-Chamberlain come in for Firmino with Origi moving central. Salah could feature in the second half after returning from a minor injury.

Europe’s best teams use their squads and that is what Klopp should look to do here. We can’t expect players such as Roberto Firmino to play every minute for the whole season, and, at the same time, the league has to be the priority.

The Reds will have too much for Genk on Wednesday who will likely park the bus from the first minute. A more attacking midfield selection should see plenty of opportunities created for the front three.

How does Chris think Liverpool will line up against Genk? Check out his starting XI prediction below!