Starting XI: How should Liverpool line up against Leipzig?

One competition remains for Liverpool with the knockout stages of the Champions League beginning on Tuesday night. The Reds could feel aggrieved after some questionable refereeing decisions against Leicester, but Klopp’s side are far from their best right now.

There’s no guarantee of European nights next season which means every game counts. A win against Leipzig could spark a run in Europe which is the catalyst for the Reds’ Premier League form. For the likes of Ozan Kabak, it’s an opportunity for more minutes to further settle into the side.

Naby Keita is back in training but isn’t ready to play just yet. Klopp doesn’t want to rush the Guinean back into action which can only be beneficial for Keita’s long-term availability. Fabinho and James Milner are unlikely to play after not being involved in first-team training. 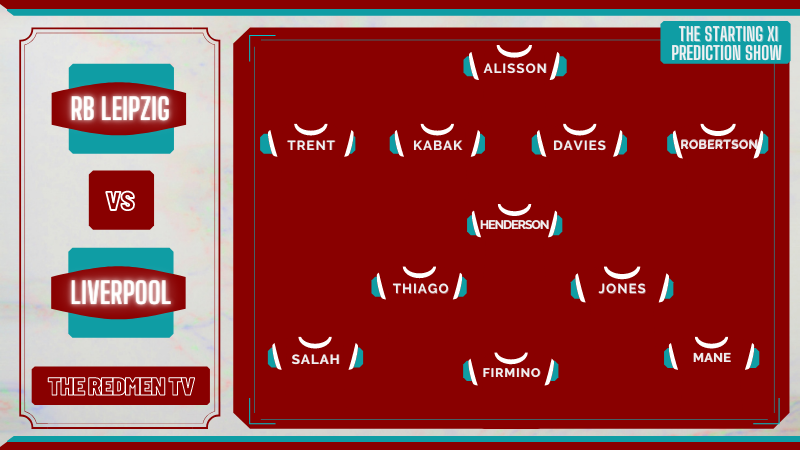 The only way to prepare Liverpool’s new recruits is to give them minutes. Ben Davies should make his debut here alongside Kabak which frees Jordan Henderson back into midfield contention. No changes elsewhere in the backline.

The Reds’ captain should anchor a midfield behind Curtis Jones and Thiago. The former Bayern Munich midfielder will be comfortable against familiar Bundesliga opposition and could put in one of his best performances yet. Jones should be slightly more advanced with the license to challenge defenders in one vs one situations.

Liverpool’s best front three will be needed against a Leipzig side who have conceded just 18 goals in 21 games. The German side like to play a back three which often features the pacey French duo of Nordi Mukiele and Dayot Upamecano. Klopp must go strong for this one to ensure every chance of an away goal.