Starting XI: How should Liverpool line up against Man United?

Liverpool’s finishing could be the worst it’s ever been right now. From an xG of 13.78 at Anfield, the Reds have converted just four goals.

And it’s not surprising. Massive chances against the likes of Burnley and Newcastle have left Jurgen Klopp scratching his head. What more can he do? It’s like one of those rogue Football Manager saves where your tactics are working perfectly in terms of chance creation, but your team squander chance after chance. 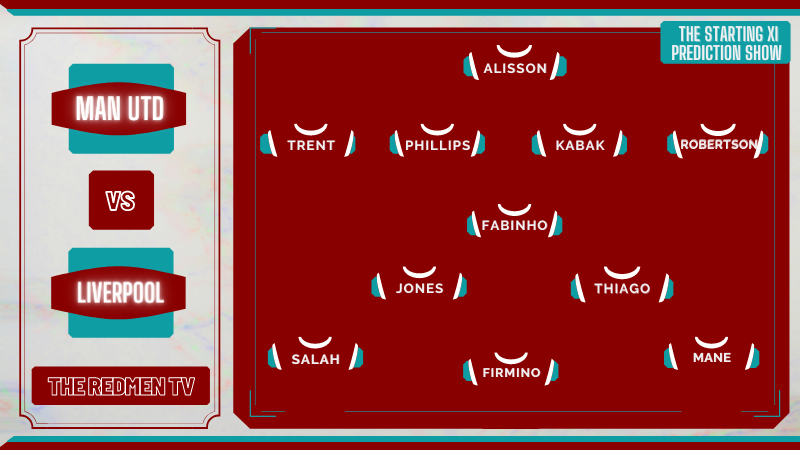 Nat Phillips must start if available. Fabinho and Kabak looked like they hadn’t played together at times as Alisson was left to bail Liverpool out of trouble.

Thiago and Fabinho are the Reds best chance of controlling the game and should start alongside Curtis Jones. While failing to get into the top four wouldn’t be ideal, it’s refreshing that the Reds’ squad is strong and wouldn’t require much investment to be back challenging for the title.

The attack worked well last week but there’s no word to describe the display of finishing. Positively, Roberto Firmino proved that he is still a vital part of this Liverpool team and should be utilised as a support option to the forwards. Sadio Mane and Mohamed Salah start on the flanks with the likes of Jota and Shaqiri primed to make an impact from the bench.

Manchester United’s defence has been solid at times this season but they can be hurt if the Reds can get the ball round in good areas. Nothing less than a win here. We’ve put ourselves in this position.

How does Chris think Liverpool will line up for this one? Check out the Starting XI Prediction Show below