Starting XI: How should Liverpool line up against Man United?

The Reds take on United this weekend as Klopp looks to maintain the lead at the peak of the Premier League table.

Liverpool are 14 points clear but will have two games in hand by the time the match kicks off at 16.30pm on Sunday.

Adam Lallana rescued a point at Old Trafford last time the sides met. Ole Gunnar Solskjaer’s side are the only team to take points from the Reds this season (20 wins, 1 draw).

Promising news for Liverpool this week as Fabinho has returned to training. The squad edges closer to full health after the recent returns of Joel Matip and Xherdan Shaqiri. 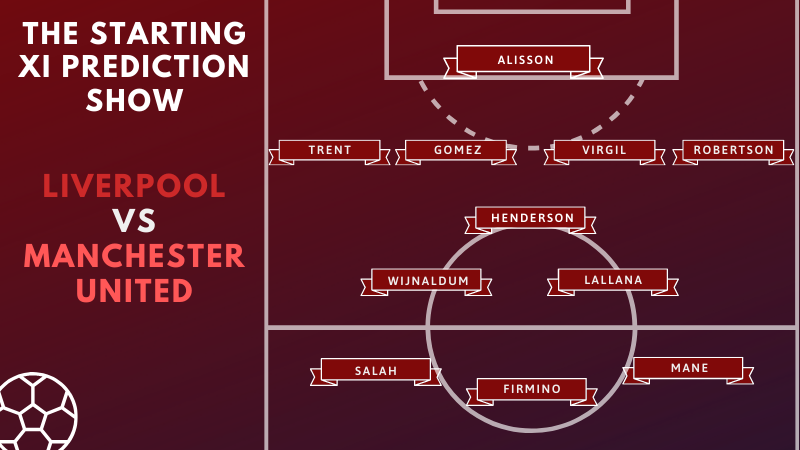 Klopp was unhappy after Spurs came close to stealing a point last week. The Reds seemed in full control before an endless run of sloppy passes and careless positioning.

Joe Gomez has been excellent, but his passing let him down on too many occasions last time out. Given it was one game amongst what has been an impressive spell for the young defender, he should keep his place – though a repeat performance will likely enforce the return of Joel Matip.

The captain starts from the six and should be unchallenged before Fabinho regathers his sharpness. Lallana should start after impressing in multiple outings this month.

The front three should remain the same for the next two games with a tough test against Wolves coming up.

Anfield will be the difference in this one. Klopp will ensure the mistakes made in North London last week are not repeated; we can’t keep giving teams chances to hurt us.

Ole’s bus will look to defend and counter-attack on Sunday but it’s unlikely they will be able to keep the relentless reds out for long.

How does Chris think Liverpool should line up this weekend? Check out the Starting XI prediction show below!!