Starting XI: How should Liverpool line up against Napoli?

Champions League football returns with Liverpool kicking off the 22/23 tournament with the most difficult clash of the group. A factor that makes it even harder is Jurgen Klopp’s squad depth heading to the game. While Thiago Alcantara and Diogo Jota have returned to the team, the Reds’ latest injury concern has seen Jordan Henderson ruled out for the next few games.

Liverpool’s slow start to the season means a win here would be useful to help kick on in the league, and much of the focus will be on Darwin Nunez as to whether the Uruguay international can begin getting on the scoresheet on a regular basis: 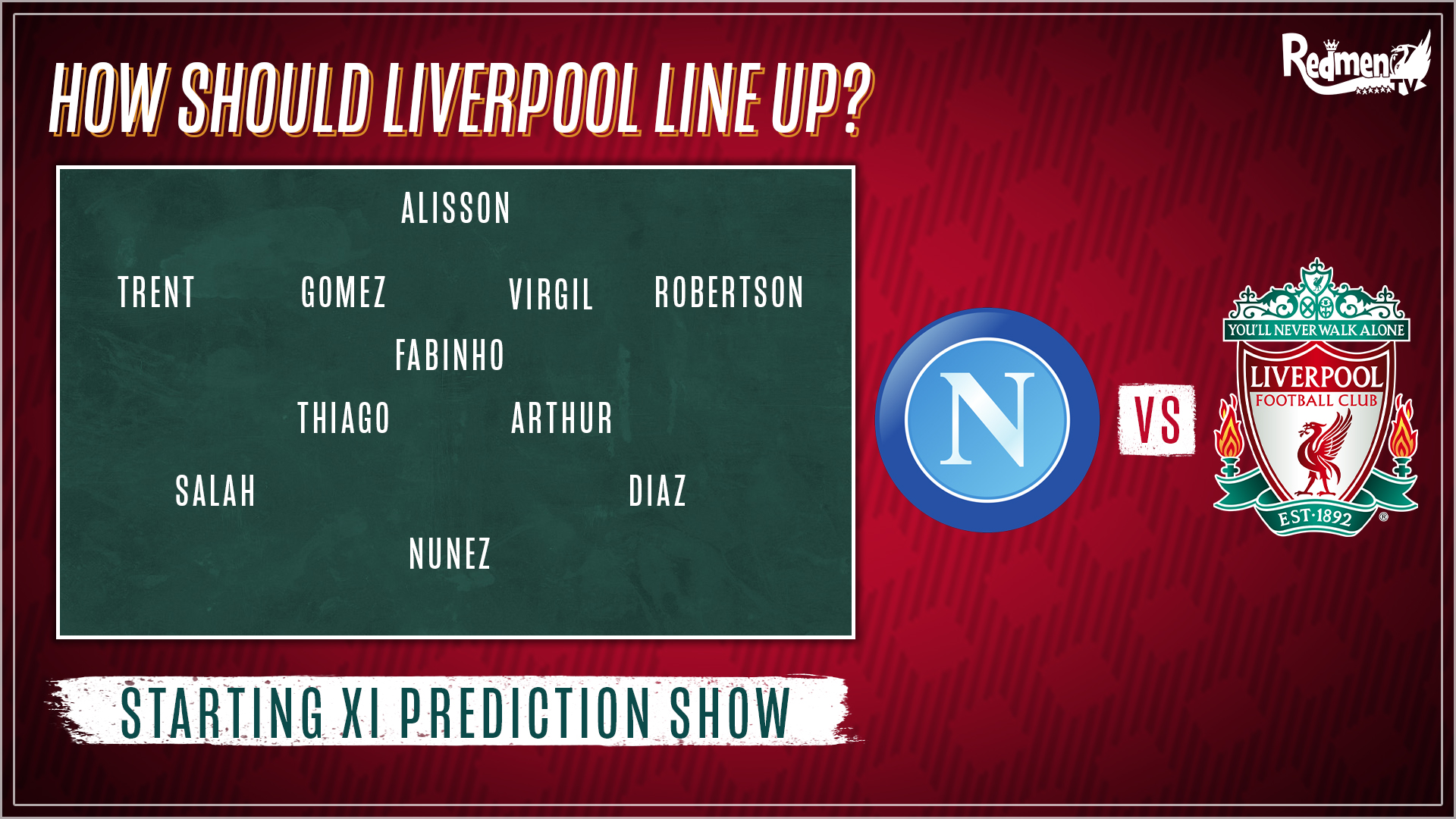 Alisson starts in goal behind a back four that welcomes back Andy Robertson. The Scotland captain came on as a substitute at the weekend, so he should be fresh to start in Naples. Virgil and Joe Gomez retain their places despite Joel Matip’s return to fitness.

In midfield is where Klopp’s biggest dilemmas are. Harvey Elliott is available but has played a lot of minutes of late, while other options are just getting back to fitness. I’ve gone for Thiago and Arthur to start ahead of Fabinho in a midfield that could help control the game for the first half, before substitutions can be made to ensure they’re not playing too many minutes.

Luis Diaz and Mohamed Salah remain in the forward line but I’d like to see Diaz replaced for Diogo Jota early on in 2nd half. The Colombian has played a lot of late and it would be a massive set-back for the Reds to lose such a key player from overplaying him.

Napoli will propose a difficult test but Liverpool should have enough to get the win away from home. I think it will be a narrow victory this time around.

How does Chris think Jurgen will line his team up? Check out the Starting XI Show below!