Anyone fancy a game of football? What a week it’s been for Liverpool. Watching the Leeds game felt like the ending scene in a film as fans struggled to react to Sadio Mane’s opener.

Liverpool fans were never going to let this happen though. While change is needed in football’s current format, at least there’s something on the line for this game as we challenge for the top four.

Newcastle are yet to hit the magic 40 points mark, though could now begin to switch off with an 8 point gap between themselves and the relegation zone.

Missed chances cost all three points at St. James Park last time out – Klopp must ensure there is no repeat of that. 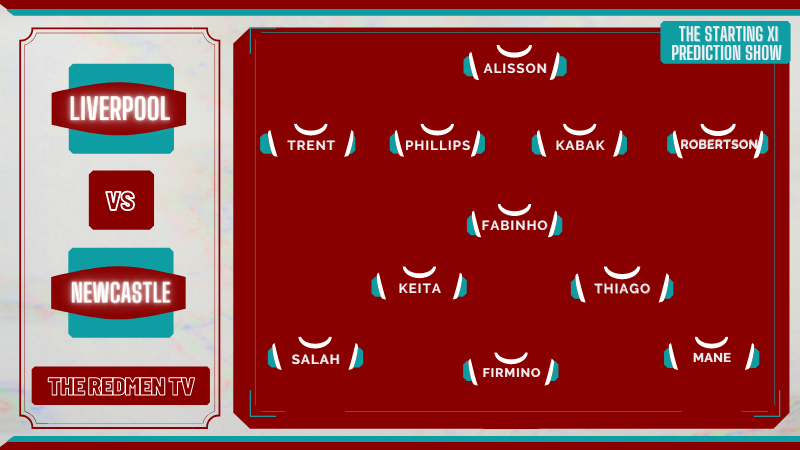 We need confirmation regarding the fitness of Nat Phillips but he should start if available on Saturday. Marcelo Bielsa’s side took over the game in the second half with glowing signs that one of Fabinho or Henderson are needed in midfield to maintain control of the match.

Fabinho moves back into the six behind Naby Keita and Thiago. James Milner’s performances have been strong of late – but it’s important not to overplay the veteran midfielder. Liverpool are yet to provide an update on Curtis Jones which means it’s a case of wait and see.

The classic front-three of Mane, Salah and Firmino come in for this one with Jota being utilised off the bench. Sadio’s goal in midweek can hopefully be the catalyst to a strong end to the season at just the right time. We’ve all seen the fixture lists of the surrounding teams, but whether Klopp gets the Reds into the Champions League for next season depends on how we perform. The race would be over by now had we not dropped so many needless points.

How does Chris think Liverpool will line up for this one? Check out the Starting XI Prediction Show below